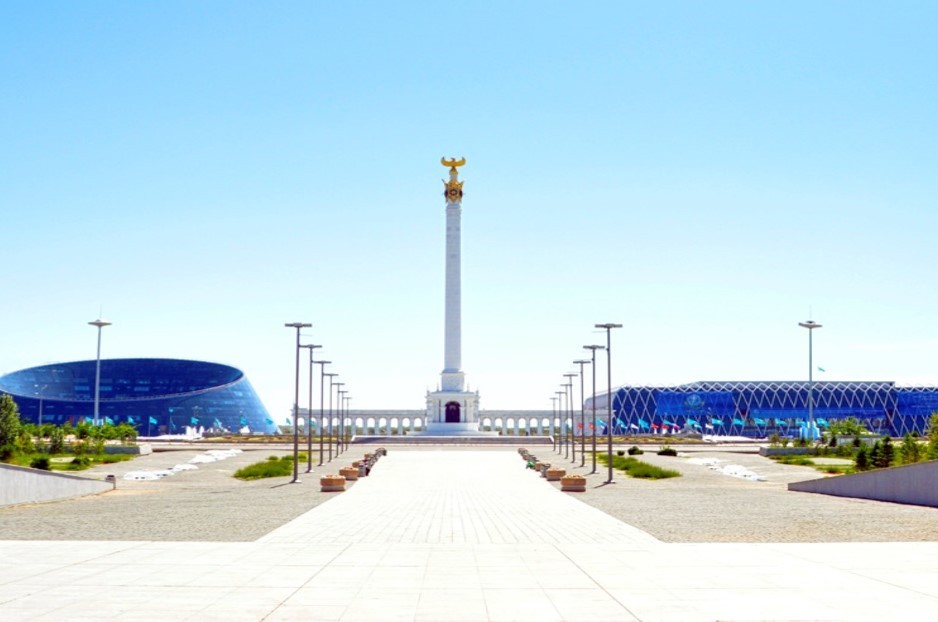 There was no monumental object like his before since Kazakhstan be­came sovereign. It is a unique architectural structure and has no analogs in the world. The total area of the monument is 5.2 hectares, and it holds a special place in the history of the people. «Kazakh Eli» – a vast complex, reflecting the ancient history, culture and achievements of Kazakh people.The monument is 91 meters high. Symbolizes the year when Kazakhstan became independent. At the top there is a bird Samruk, which demonstrates the commitment of Kazakhstan to the further develop­ment and prosperity. That’s why this architectural and sculptural complex called «Kazakh Eli». This is the symbol of independence.

The complex with great compositional content, which has absorbed the past and present of Kazakh people made of white marble. The monument is not only a symbol of independence; it is a sign of unity, solidarity and eternity of the national spirit. Thus, the pedestal of the monument is decorated with bas-re­liefs from four sides, telling the story of the people. The first bas-relief – «The President and the people». The central image is the figure of president Nursultan Nazarbayev, who, with his hand on the Constitution, takes the oath, which symbolizes supremacy of law in an independent state. There are people prominently located behind the President, embodying residents of the great friendly country. And doves symbolize freedom and peace.

Bas-relief located in the southern part of the monu­ment called «Courage». It was made assuming that the protection of the state is a major and sacred value of Kazakh people. The bas-relief shows a chronological view of valor, heroism and courage inherent in the peo­ple of Kazakhstan. The bas-relief located in the western part of the monument called «Creation». It tells the story of the epochal stages of development and pros­perity of the people since the nomadic way of life to space travel. In this part you will see the metallurgist and oiler, engineer, farmer, builder and astronaut who made an invaluable contribution to the socio-economic development of the country. «The Future» bus-relief is located in the eastern part. It is dedicated to the youth of Kazakhstan, which seeks to achieve the heights of science, culture and sport. Symbolically, in the center of the composition there are young married, indicating elevation of family values that call for strengthening the institution of marriage and family – the basis of the Kazakh society. 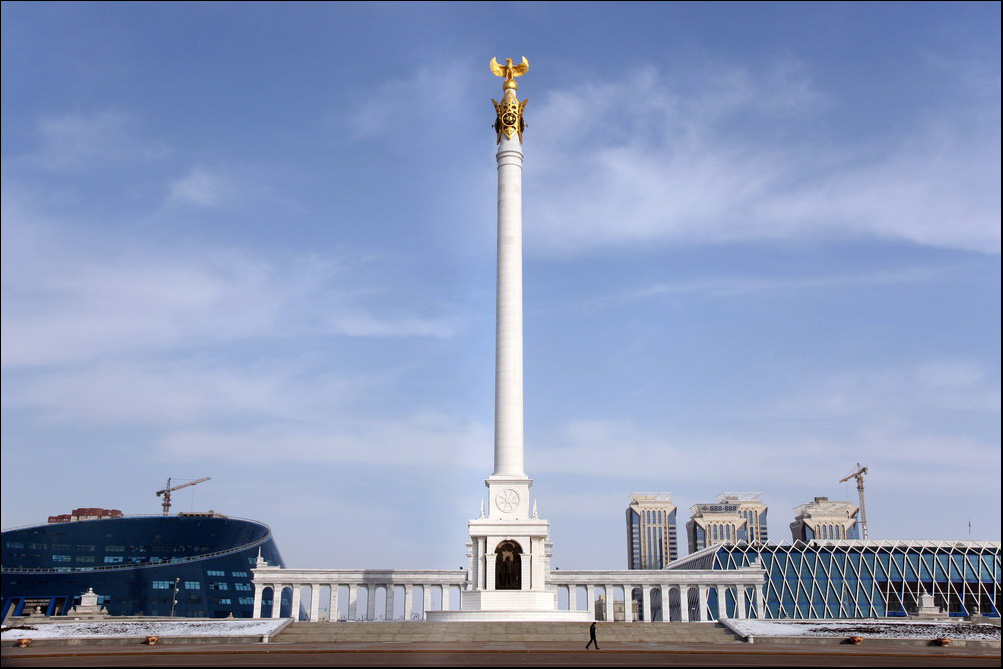