Kazakhstan is a unitary state with a presidential form of government, asserting itself as a democratic, secular, legal and social state, the highest values of which are the person, his life, rights and freedoms.

Administratively,the country is divided into 14 regions and three cities of national significance, Astana, Almaty and Shymkent. In addition, there is a city with a special status, Baikonur, which is leased by Russia until 2050. Near the city there is a cosmodrome of the same name, by the way, accessible to tourists.

Kazakhstan is a unitary state with a presidential form of government, asserting itself as a democratic, secular, legal and social state, the highest values of which are the person, his life, rights and freedoms. 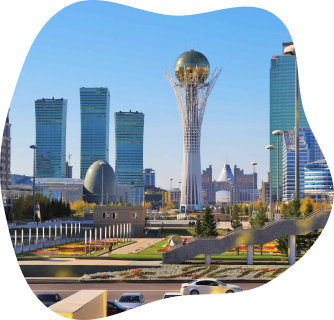 The capital of the Republic of Kazakhstan is Astana. It is located in the Northern part of the country on the Ishim river. On the left Bank of Ishim stands the symbol of the capital – the modern monument "Baiterek" 97 meters high. The observation deck of the tower offers a picturesque panoramic view of the city. In June 2017, the capital of Kazakhstan acquired the status of a million-plus city. Its economy is based on trade, transport and communications, and construction. 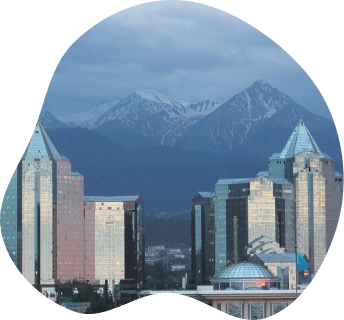 Also, one of the largest cities with a population of more than 1.8 million people is Almaty, which is considered to be the cultural, financial and economic center of the country. It is located in the centre of the Eurasian continent, South-East of the Republic of Kazakhstan, foothills of Zailiyskiy Alatau – the most Northern mountain range of Tien Shan. Many tourist routes start from here. In a few days, travelers can visit the snowy peaks of the mountains and descend into the valley to the sights of the desert. 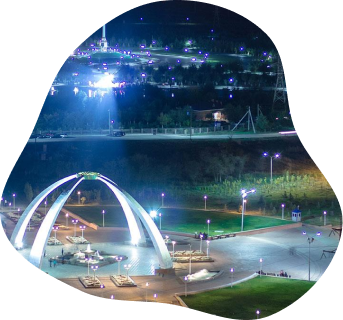 In June 2018, the city of Shymkent was also recognized as a city of national significance. Previously, Shymkent was the administrative center of the South Kazakhstan (now Turkestan) region. Shymkent is the third most populous and the first city in Kazakhstan by area, one of its largest industrial, commercial and cultural centers. Kazakhstan is a multi – ethnic state, where representatives of more than 120 nationalities live, so the principles of tolerance are elevated to the rank of state policy.

The country is rich in mineral resources. The main source of state budget revenues is the export of oil and petroleum products. The agricultural sector is also developed. Wheat exports are one of the main sources of foreign exchange earnings in the Republic's economy.
The natural conditions of Kazakhstan and their diversity determine significant potential opportunities for the development of animal husbandry. In Kazakhstan, traditionally engaged in sheep breeding, horse breeding, camel breeding, cattle breeding.

However, recently the head of state himself has designated tourism as a priority sector of the economy. Although there is still a lot of work ahead related to improving infrastructure, transport logistics and other important aspects for the development of tourism, guests in Kazakhstan are welcome, and a warm welcome, as you know, is sometimes more important than staying in a five-star hotel! Kazakh hospitality, which goes back centuries, is still relevant today.

And Kazakhstan has something to show! Variety of landscapes, variety of flora and fauna. Here, ancient culture and customs coexist with modernity, and the Eastern traditions of the Turkic civilization – with Western modernity. We invite you to take a trip to unknown Kazakhstan and get acquainted with its sights!