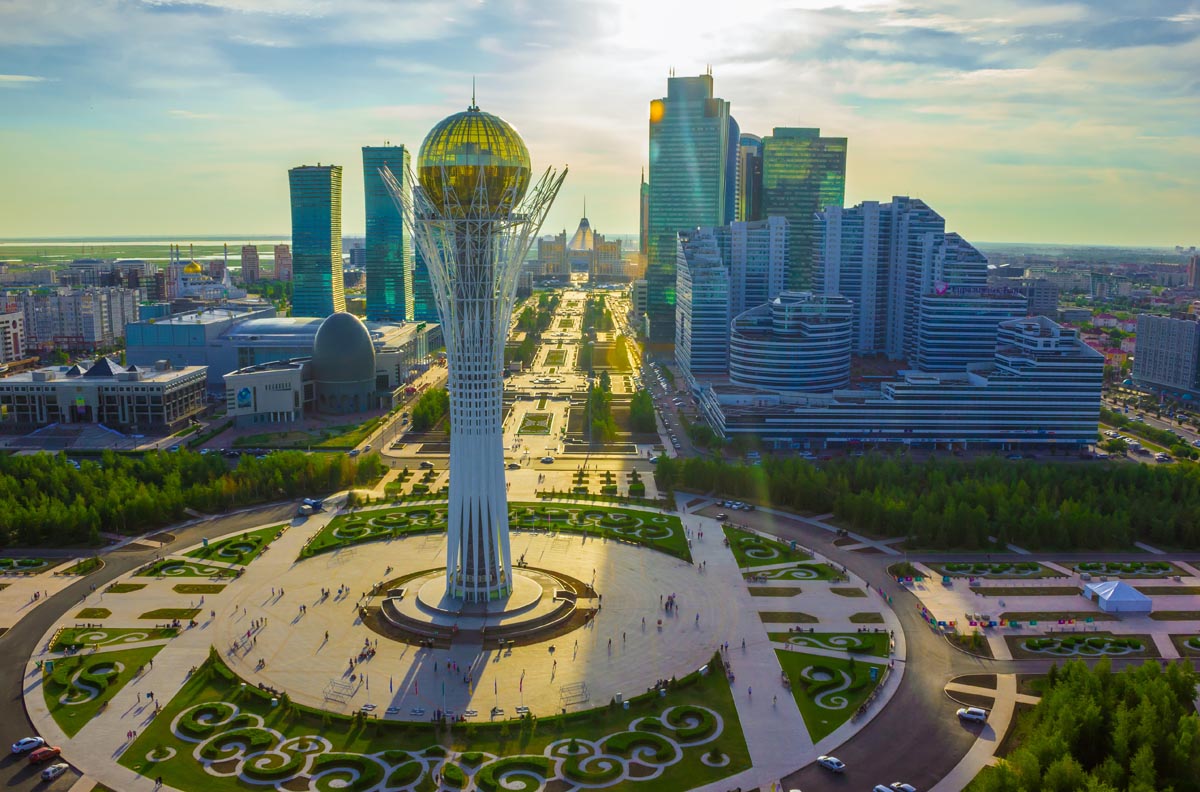 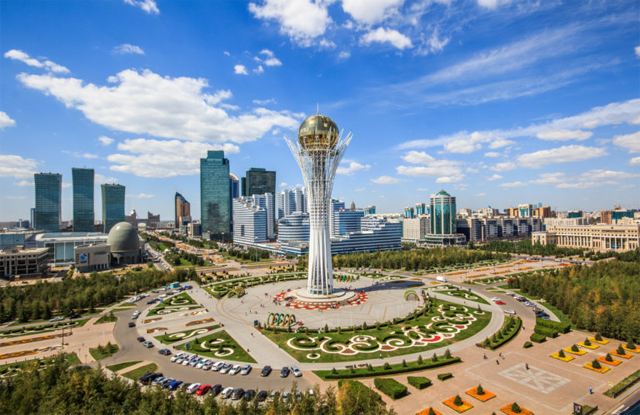 Baiterek monument is one of the most recognizable monuments of the capital of Kazakhstan. The idea of erecting the monument belongs to the First President of the Republic of Kazakhstan – Nursultan Nazarbayev. The idea of building the monument arose from N. Nazarbayev on Board the presidential plane, during the flight. The plan of the futuristic structure was depicted on a paper napkin. The monument itself contains a deep philosophical meaning that interprets the views of ancient nomads.

The Ishim river (the left tributary of the Irtysh) represents the World river, on the Bank of which” grows “the Tree of Life — “Baiterek”. According To N. Nazarbayev, “everyone who rises to the top of Baiterek will absorb the steppe expanse of Kazakhstan”. In the center of the hall is a wooden globe with autographs left by representatives of 17 religions. Next to it is the composition “Ayala alakan” with the impression of the President’s right hand.

Visitors to the monument believe that if you make a wish, while putting your hand in the print, it will certainly come true.

Baiterek is a symbol of independent Kazakhstan, the main attraction of our capital. In this regard, the flow of people wishing to visit Baiterek does not decrease, and queues arise. With a smart card Nur-Sultan PASS (Astana CityPASS) You pass the queue at the checkout, but unfortunately have to wait in the queue.

The construction took place under the supervision of domestic architects B. Islamov and A. Rustembekov. Gathering a talented team of designers, engineers and designers, they erected a magnificent structure that became not only a symbol of the capital, but also of the entire country. The construction of the Baiterek monument took 6 years and lasted from 1996 to 2002.

Immediately after the opening, the monument “Astana-Baiterek” was awarded the prestigious Grand Prix award in a competition organized by the international Association of the Union of Architects (MASA) of the CIS countries.
Inside, the monument is divided into three zones, which corresponds to the idea of the Tree of Life, which represents the Universe. On the first, so-called underground level, there are aquariums, cafes and an exhibition gallery, which presents art objects of talented Kazakh artists.

The second level, called the ground level, is a tower, inside which the high-speed elevators move. The third level is called the sky, this is the glass ball itself, which offers tourists a panoramic view of the beauty of the young capital.

The monument “Astana-Baiterek” is not only an architectural monument or a high-class engineering structure, it is the embodiment of the ideology of the entire state, which is proud of its past, frozen in the roots of the Tree, values its present, which has become a solid support for the future, to which our country is taking a firm and confident step.

The Baiterek monument is one of the main attractions of the capital that every tourist should visit, so every day many tourists climb to the top of the monument, sometimes creating queues to buy tickets at the ticket office. On average, about 500 thousand tourists visit Baiterek every year.

In 2017, major repairs and reconstruction of Baiterek were carried out, a lot of work was done to finish the interior. After the restoration, the price of a ticket to Baiterek changed. For adults, the ticket price to the Monument is 700 tenge, the price for children is 300 tenge.

The monument created everything for a comfortable stay, along with an amazing atmosphere and magnificent views of the capital, for guests there are cozy cafes and bars, a shop with Souvenirs, polite staff who are always ready to help you. 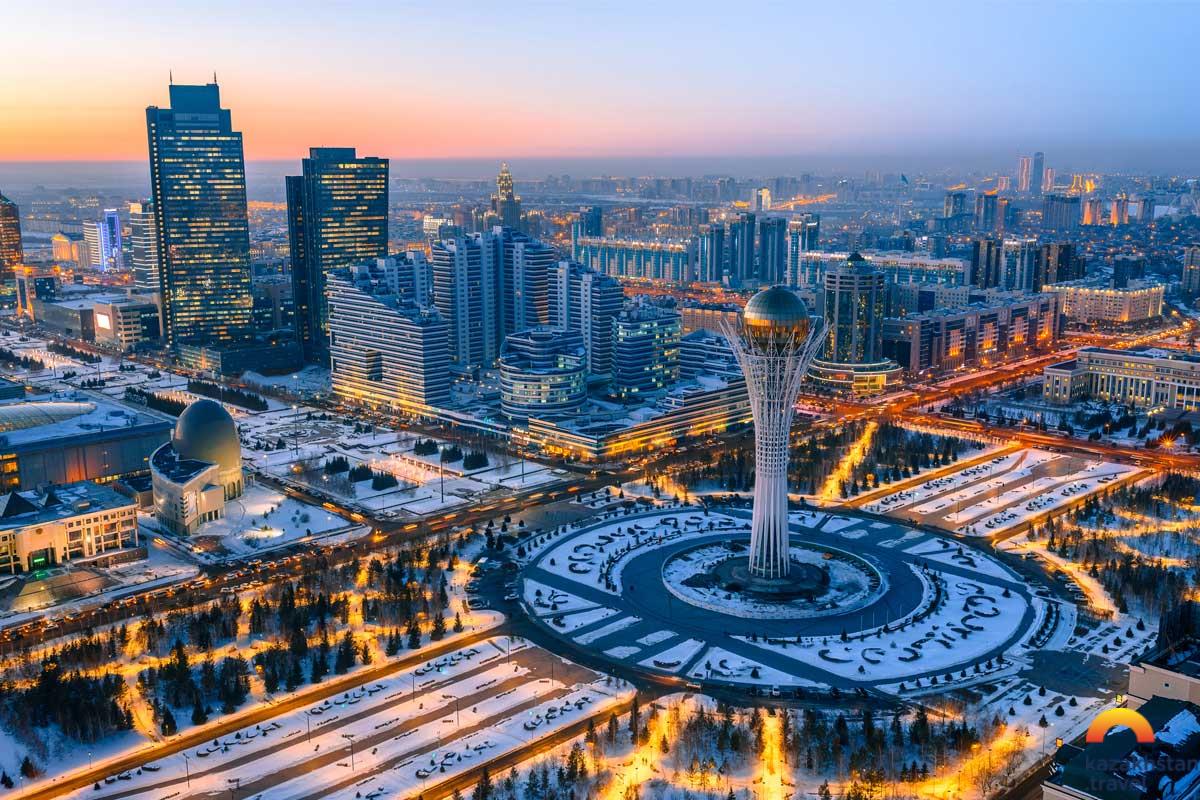 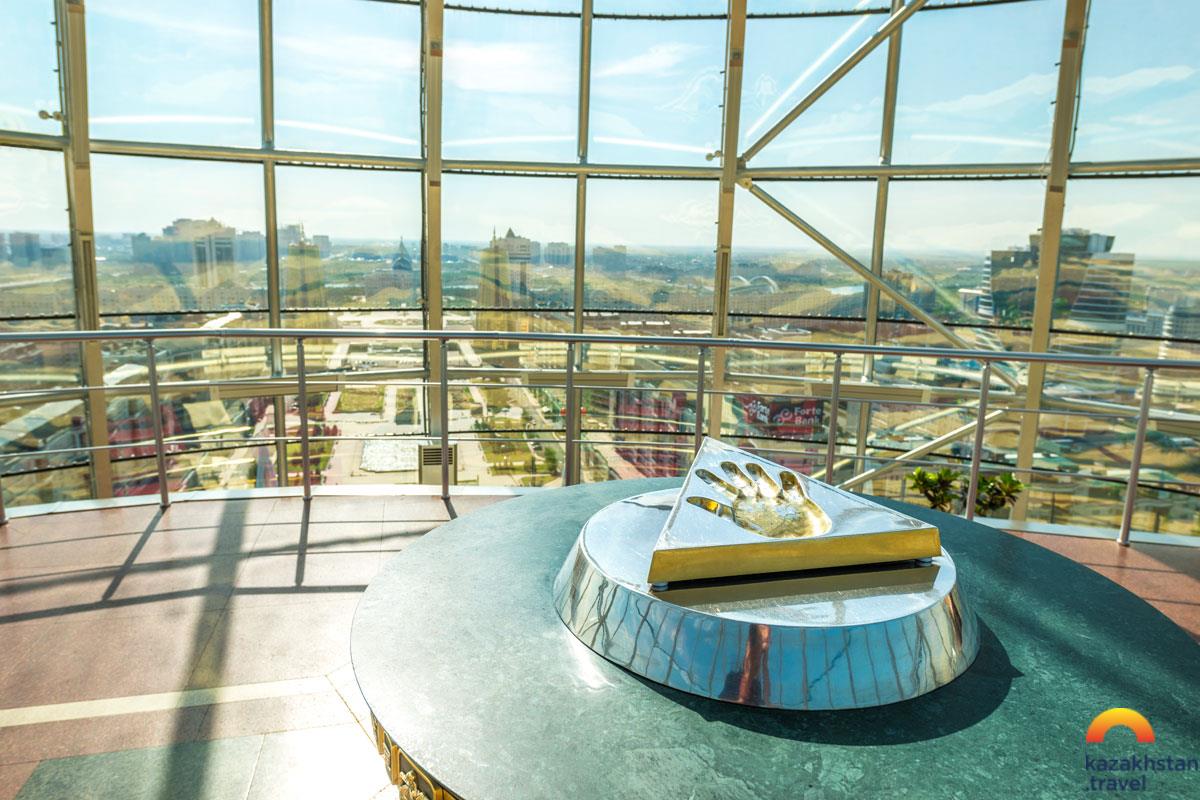