The triumphal arch in the city of Nur-Sultan is a landmark architectural structure erected in honor of the anniversary of independence of Kazakhstan on the idea of Nursultan Nazarbayev.

The height of the structure is equal to 20 meters, which symbolizes the 20th anniversary Of independence of Kazakhstan. On the pedestals there are niches where relief sculptures are located, reflecting the mentality of the Kazakh nation.

Inside the arch, during the ascent, along the staircases, there are landscape, reportage and genre photos that tell visitors the history of the city.

The arch opened to the General public on may 11, 2017. In the arc de Triomphe, the audience can get acquainted with the history of the city and the capital, visit the hall of periodic exhibitions, before ascending to the observation platform, the audience sees the majestic, solemn figures of soldiers-sculptures: “Batyr, guarding the day” and “Batyr, guarding the night” (author Mansurov M. A.).

Permanent photo exhibitions are displayed on the staircases “the History of the city of Akmolinsk-Tselinograd-Akmola-Astana” and”Modern Astana”.

The hall has five touch-screen information kiosks with materials “Multimedia capital”, “Triumphal arches of the world”, “History of the city”, “Modern Astana” and “historical and cultural heritage of Astana”.

The triumphal arch “Mangilik El” in Nur-Sultan is a place that every resident and guest of the capital must visit. 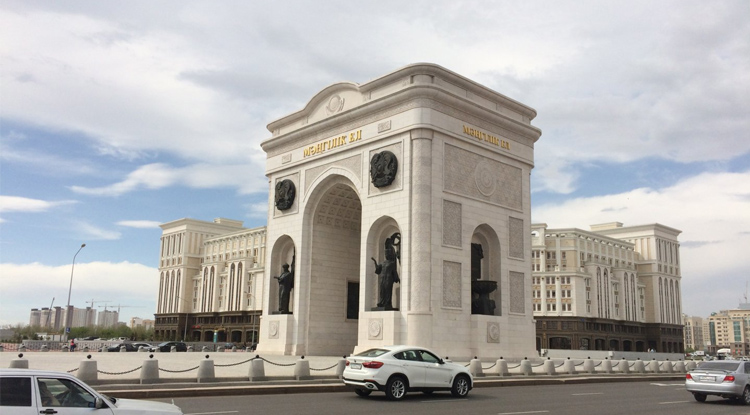 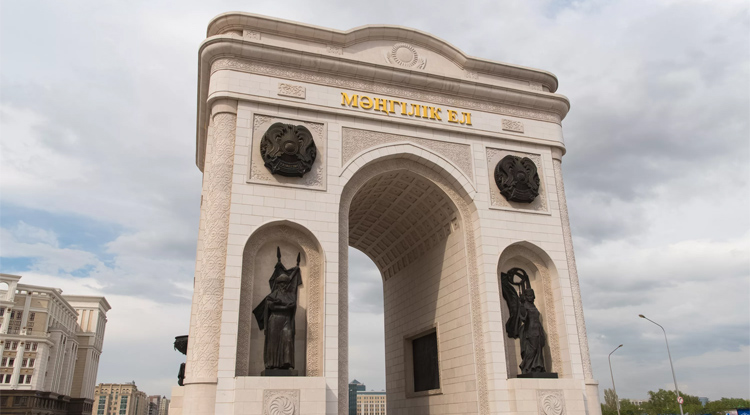