The grand mosque Hazret Sultan is one of the most beautiful buildings in Astana and embodies the spiritual wealth of the Kazakh people.

Construction started in June 2009 and involved from 1000 to 1500 people at different periods. On June 6, 2012 at 12:30 the Hazret Sultan opened, added to the list of unique institutions in the capital. It is the second largest mosque in Central Asia after Turkmenistan’s Turkmenbashi Ruhy mosque. The name Hazret Sultan means “saintly sultan”, one of the epithets of the Sufi sheik Khoja Akhmet Yassawi, author of the Divan-i Hikmet and whose mausoleum is in Turkestan. The mosque is built in a classical Islamic style and uses traditional Kazakh ornaments. It consists of three floors. The first floor has a wedding hall and other auxiliary rooms. On the second floor a men’s prayer room for four thousand people is located. The third floor contains a women’s prayer room for one thousand people. The mosque can accommodate five thousand people praying and on holidays up to ten thousand people. The entire mosque complex covers more than 11 hectares, while the building is 17,700 square meters in size. Hazret Sultan has the biggest dome in Kazakhstan with a height of 51 meters and a diameter of 28.1 m at the base of the dome. The mosque also has eight smaller domes with diameters of 10.45 and 7.6 meters, and heights of 33.46 and 25.25 meters. At the corners of the mosques there are four minarets 77 m tall. According to the architectural design, the sanctuary should have an 80-meter pinnacle with a crescent moon pointed at Mecca. The landscaped territory around the mosque has five fountains, decorative illuminations on the facade, and general lighting. The mosque complex includes an open parking lot for 745 cars, and its location makes it accessible to cars from several sides. 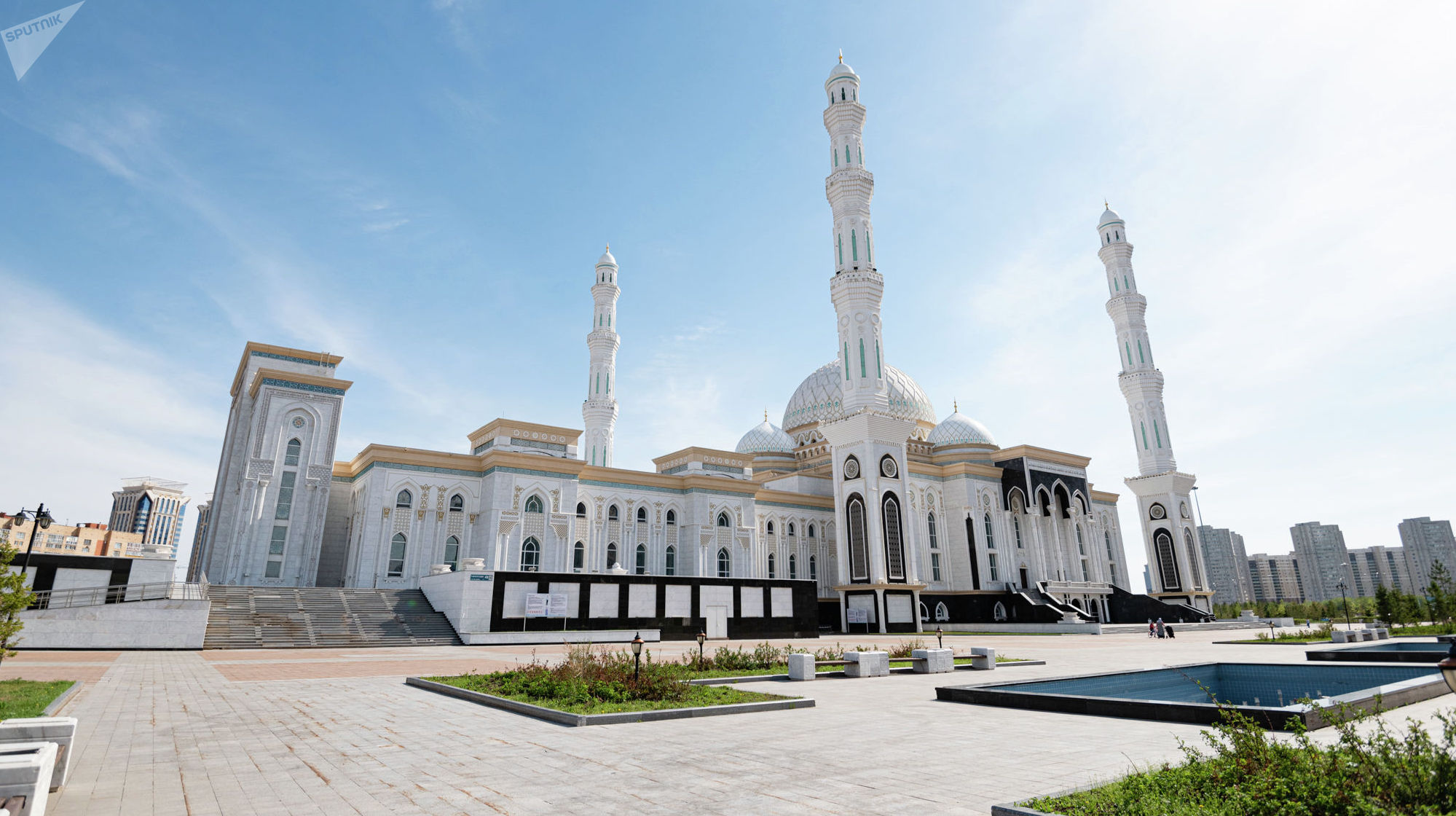