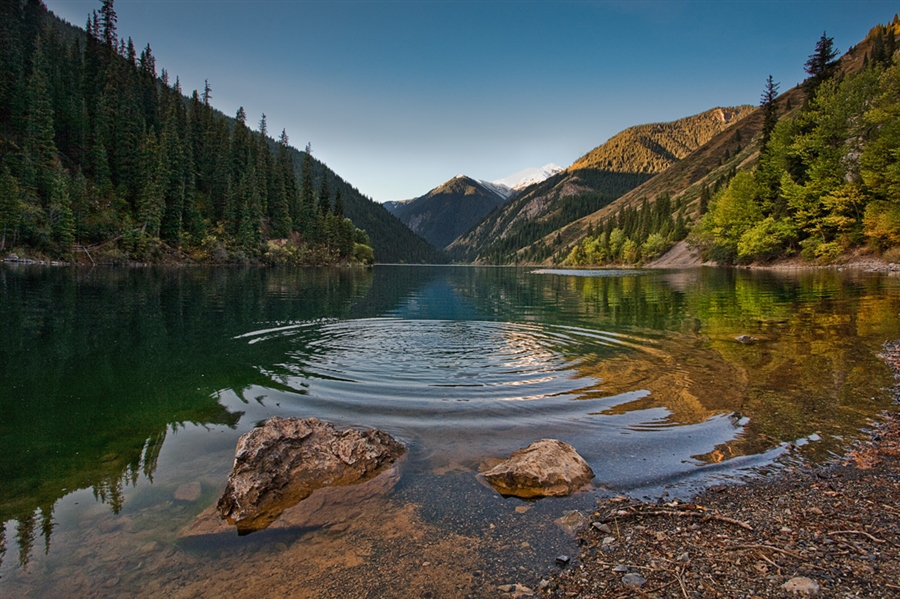 The concept of tourism development on Kolsay lakes is presented There will be no capital construction.
The concept of ecotourism development was presented in the Kolsay lakes national Park. There are plans to build three modern visitor centers, campsites, ethno-villages and caravanserais, reports Today.kz with reference to the Ministry of ecology.

Special attention will be paid to the development of tourist routes and trails. There will be no capital construction. Lightweight structures are used.

Daniyar Turganbayev, Director of the Kolsay lakes national Park, noted that the infrastructure for ecotourism in the national Park will be remote from the main lakes, so as not to harm the environment.

“No facilities will be built in the area of Kaindy and Kolsay lakes. All buildings are located at the bottom, not in the gorge. This is a concept developed with the local nature in mind. Its main goal is not to disrupt the ecosystem. We should be able to relax on foot or by bike without harming the environment. Another important goal is to provide employment for the population. Not only big businesses, but also local people should benefit from tourism, ” he said.

According to the state program for tourism development, the state can get the first results this year.

“According to preliminary estimates, the number of tourist routes will increase, new jobs will be created for local residents, the hotel Fund will expand, and there will be places for tents and camps. At the same time, the income will increase to 150 million tenge per year, “ Turganbayev said.

In 2019, the national Park was visited by 87 thousand tourists, who brought in an income of about 30 million tenge.

It is also planned to create a Public Council for the development of ecotourism in the Kolsay lakes national Park.

“We will submit the development Concept to the Public Council, which will be created under the national Park. After careful consideration and discussion by the Council, we will continue to act in accordance with the law. The facilities will be created as part of a major investment project. We are developing a concept so that business representatives fully understand our requirements when they come with an investment project tomorrow. Entrepreneurs participating in the competition will be able to work here only if their ideas correspond to our concept, “ Vice-Minister of ecology, Geology and natural resources of Kazakhstan Yerlan Nysanbayev concluded.

Information taken from the site Today.kz