On may 31, 2007, 40 km from the city of Nur-Sultan, with the support of N. A. Nazarbayev, the Museum and memorial complex of victims of political repression and totalitarianism “Alzhir” – “Akmola camp of wives of traitors to the Motherland”was opened.

This is a sad place, where the memory of the obviously innocent women and children who were repressed in the period from 1937 to 1939, from all corners of the former Soviet Union, is kept. Here lies the memory of 18 thousand crippled fates, most of them sisters, spouses and mothers of famous social and cultural ascetics of that time. Once in the camp, women were deprived of everything and received one common title for all – “enemy of the people”. In difficult living conditions, hungry, frozen and in rags, they remained strong in spirit and did not submit to the will of the “leader of the peoples”, they were able to convey to us rays of warmth and unshakable loyalty.

The complex has several memorable objects. When you visit, you will be able to see the “Stalin’s car”, or as it was called by the prisoners themselves, “teplushki”, in which prisoners were taken from all corners of the country in terrible conditions. Then the monument “Arch of sorrow” was erected, which is a kind of symbol of the world of the living and the dead. Paying tribute to the memory of those who died at this place, visitors of the Museum, passing under the arch, bow their heads.

The embassies of Lithuania, Poland, Georgia, Azerbaijan and Ukraine have erected commemorative signs in honor of women of 62 nationalities who are prisoners of this place. The compositions “Despair and impotence” and “Struggle and Hope”, whose names speak for themselves, help to feel the doom and despair of that time, as well as the strong spirit of unbroken women. On the territory of the complex there is a Park “Alash”, a barrack with a diorama “Taking children from the prisoners of camp Algiers” and a wall of memory with the names of victims who served their time in the camp.

The Museum is designed as a mound, and the entrance is a kind of tunnel with tragic moments from the life of prisoners painted on the walls. The Museum’s exposition is located on two floors. You will be able to dive into the Soviet period of the history of Kazakhstan, learn the full history of the camp itself, as well as plunge into the life and atmosphere of that time.

Today, “Alzhir” is a place where the unfulfilled dreams and broken destinies of women who have endured all the hardships of labor camps are forever buried. 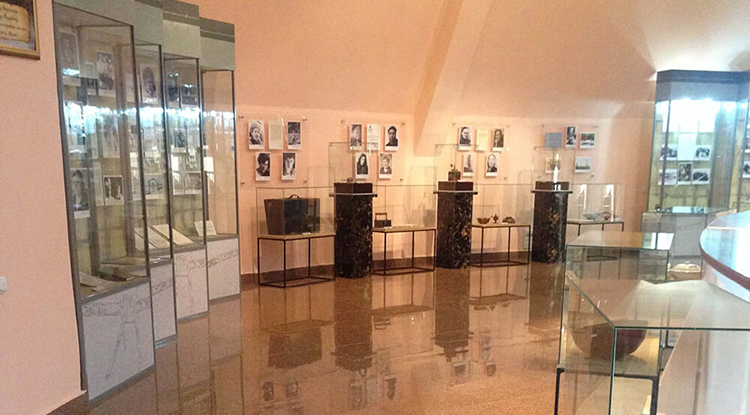