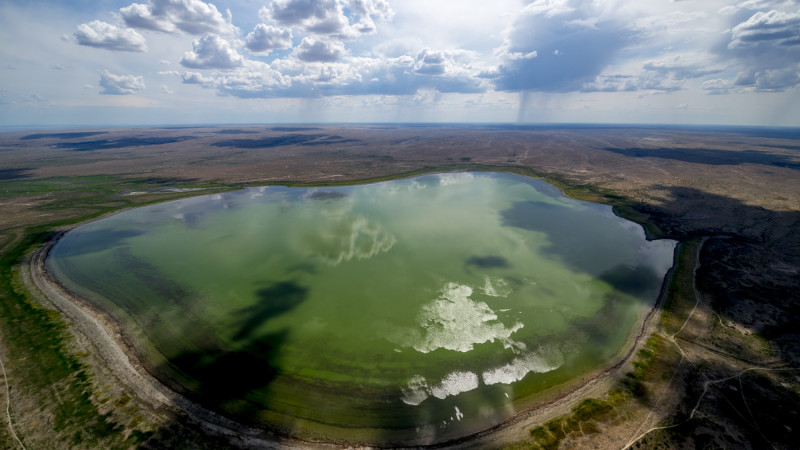 “You can’t drown in them.” What attracts tourists to Paradise lakes near Almaty

Following mayevki in the south of Kazakhstan, the swimming season will soon start. And if you like wild beaches, healing waters and family holidays, then today we will recommend you several lakes, which are popularly called paradise.

Between Lake Balkhash and Taldykorgan, there is a place where there are reservoirs, popularly called Paradise Lakes. It is a group of salt lakes formed in a vast valley south of Balkhash between the Karatal and Aksu rivers. The concentration of minerals in these natural reservoirs is so high that the density of water exceeds the density of the human body – it is impossible to drown in them. 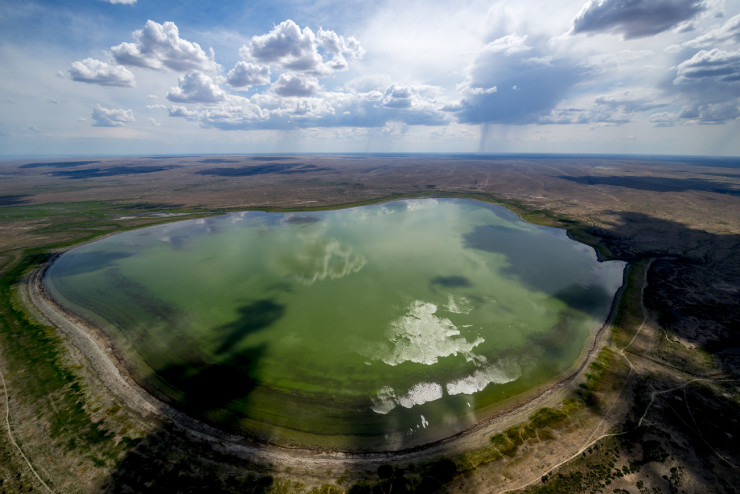 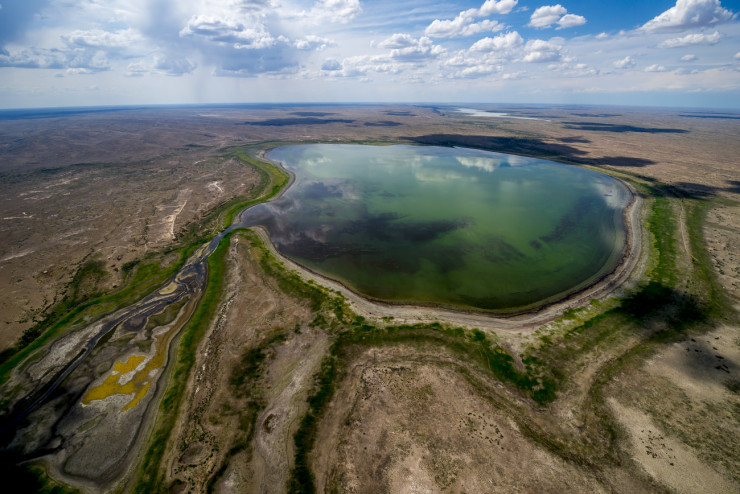 It is generally believed that Semirechye got its name from the seven main rivers that flow here: Ili, Karatal, Bien, Aksu, Lepsy, Baskan and Sarkand. However, after a careful study of the toponym, historians differed in the meaning and versions of the origin of Zhetysu, since there are much more than seven rivers in this region. In addition to the above, there are also the rivers Charyn, Issyk, Talgar, Chilik, Kaskelen, Tyup, Chu, Talas and others. 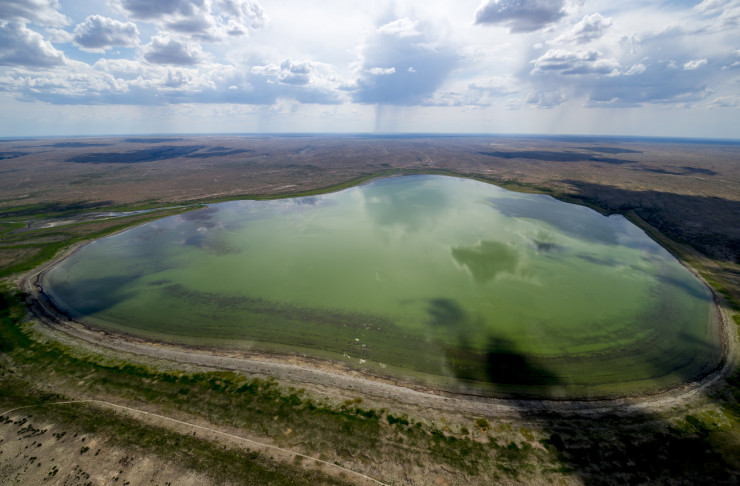 In the northern part of Semirechye, closer to Balkhash, a desert massif called Zhalkum begins. Here, in fact, are the Paradise Lakes. 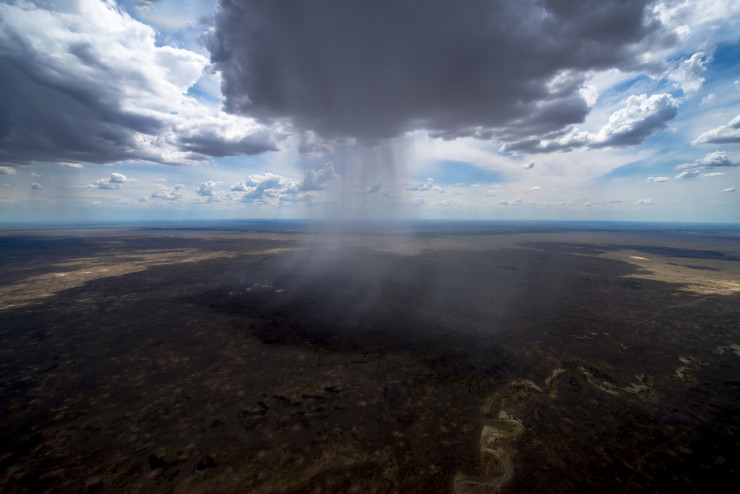 Reservoirs attract the attention of local residents and tourists, primarily for their therapeutic effect. 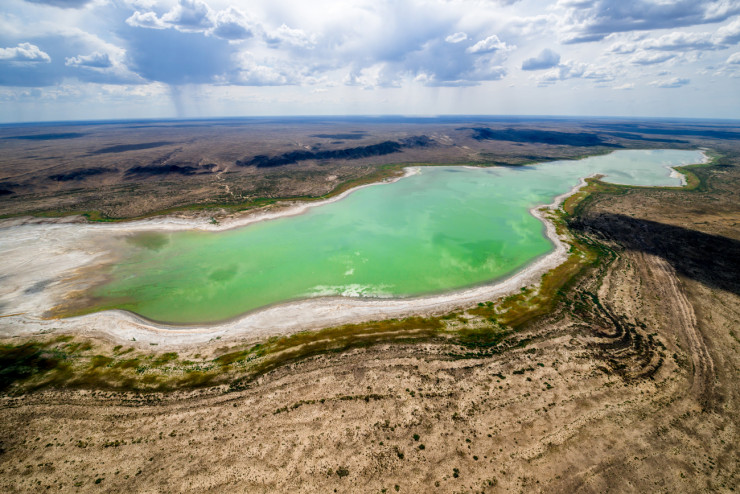 People often come here to relax with their children. These lakes are popularly compared to the Israeli-Jordanian Dead Sea. 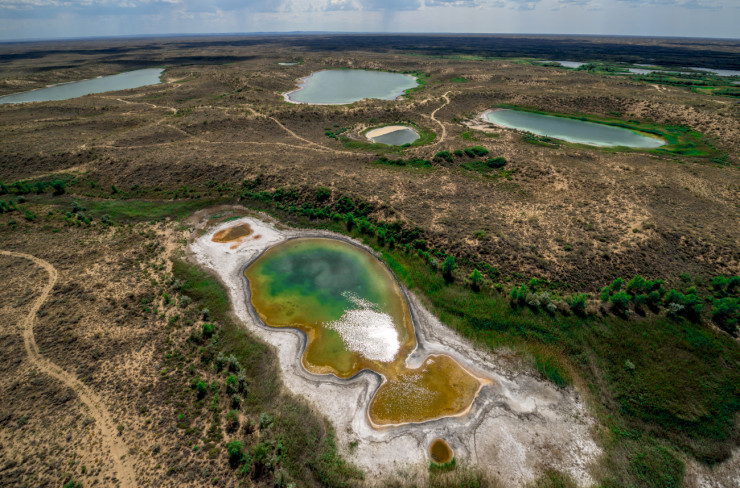 However, unlike the Dead Sea, there are animals in the Paradise Lakes. For example, reservoirs are very rich in all kinds of algae and miniature crustaceans Artemia salina. Around October, with a high concentration of crustaceans, the water turns purple. And in summer, the water in the lake has mainly bright emerald colors.

It is important to know that, according to the Department of Natural Resources and Nature Management of the Almaty region, they have only freshwater reservoirs of Paradise Lakes. Salty reservoirs are managed by the local akimat and leased from the hunting farm “Paradise Lakes”.

Artemia (Artemia salina). These crustaceans live in salty reservoirs. Artemia cysts are of great value for fish farming, poultry farming, pharmacology and cosmetology. However, catching crustaceans on Paradise Lakes is not officially allowed and is regarded as contraband. 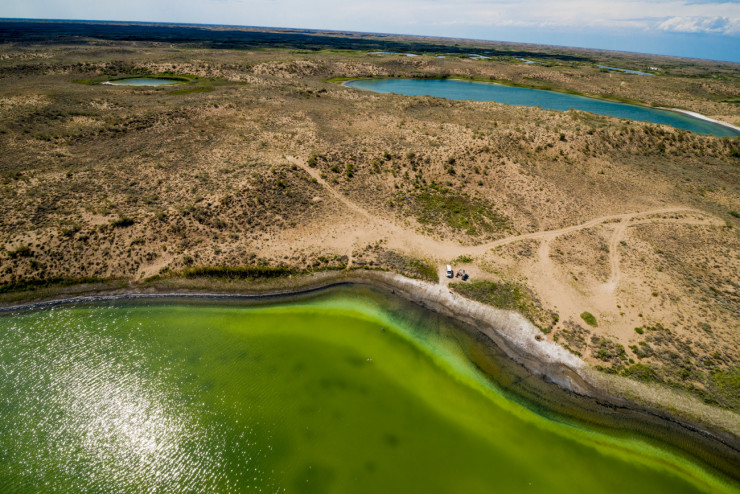 And another interesting feature: the lakes are formed, apparently, by thermal waters, since the water closer to the bottom is warmer than on the surface. And the shapes of these reservoirs look particularly bizarre from the height of the drone flight. 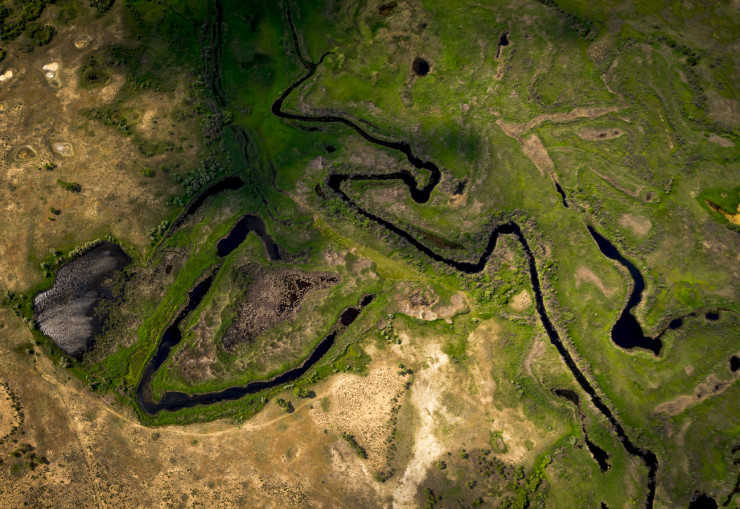 Around the lakes there is a real desert, with dunes, saxaul, lizards, turtles and other attributes of this climatic zone of Kazakhstan. 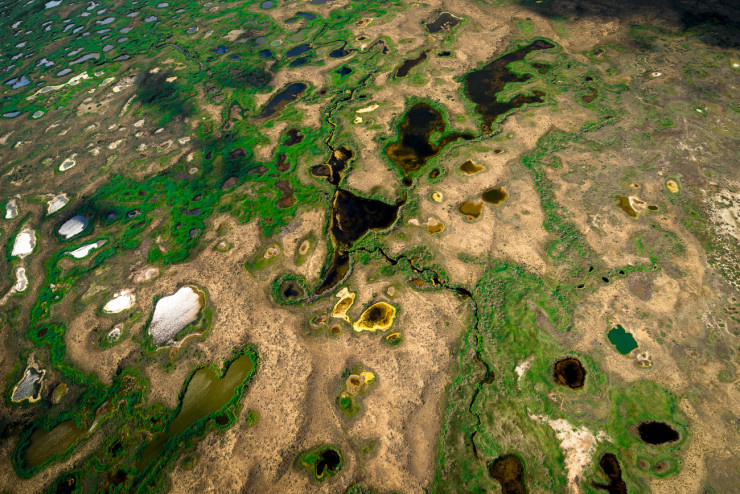 And this is the valley of the Lepsa River. It looks like an extended oasis in the desert. Actually, this is what it is. 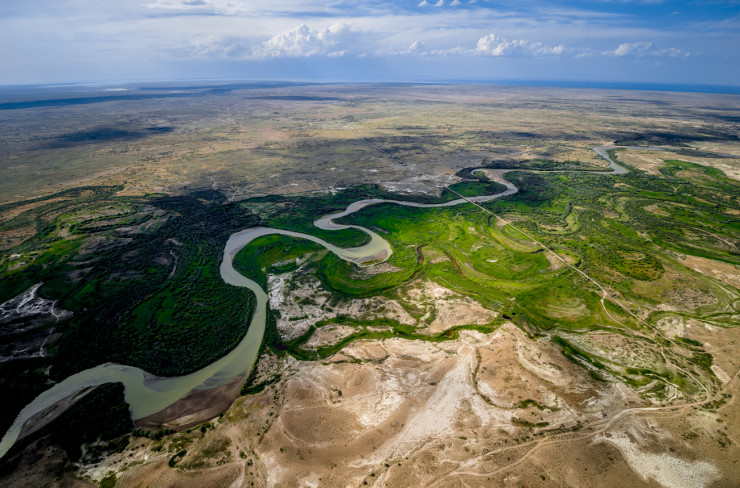 It turns out that the Kazakhs do not necessarily have to wait for the opening of the borders with Israel or Jordan. It is enough to go to the Southern Balkhash region. We have already described the geographical position of the lakes above. If you call the nearby localities, then these are the villages of Kuraksu and Matai. By the way, you can get here by train, as in the village of Matai there is a railway station of the same name, which is part of the Almaty – Semey line.

It was here, in the locomotive depot of the village, that Mikhail Kalashnikov designed his famous automatic rifle. This was in early 1942. While on leave due to injury, the weapons designer, with the help of the Matai station depot team, created his first model of automatic weapons – the PPK submachine gun, which was not accepted into mass production, but opened the doors to the weapons world for the young inventor.

But to touch the Paradise Lakes, you will have to overcome a difficult path. And if the road to the Matai station is still there, then after it the asphalt ends. And there are still about 25 kilometers of off-road driving ahead – a challenge for your SUV. It is not recommended to go there by car: it is easy to get stuck, but it is difficult to get out. Plus, it’s easy to get lost in the dunes. Therefore, maps, navigators and everything you need to drive on the sands are extremely necessary.

“According to my own feelings: the skin becomes so velvety, and the water is so warm (from underground sources) that I do not want to go out. It seems that nature itself protects this place: to get here is still a task that not every jeep can cope with. And not every person will be able to breathe the sand of the dunes for this, shake on the road and pray before each ascent, just not to get stuck in the sand, ” writes one of those who came to the Paradise Lakes.

However, there are also those who overcame the way to the lakes and even further to Balkhash from Almaty by bike. Not that we recommend you to repeat this, but the Almaty resident described part of this path in a colorful way.

“I passed the village of Kuraxu, no one said: don’t go there. Moreover, there was a very good primer, framed by thickets of saxaul and raised above the surrounding terrain. Just outside the village of Kuraksu there is an unusual grove of poplars right on the slope of the dune. There were many crows nesting on them. The lakes continued, with many songbirds. About eight or nine kilometers from the village, two Chinese trucks were buried. Why did they come here? One sat down very hard. This was the first obstacle – the road went under water, and the detour was on the sand, where they got stuck. I calmly walked around this place and still calmly drove over 10 kilometers, ” the cyclist shares.

“A lost paradise among the dunes. I’ve wanted to tell you about our trip for a long time, but, you know, what if it happens like with Pink Lake? What if all the animals are slaughtered, like a seal in the Caspian Sea? Will people clean up after themselves? Is our society ready to preserve what nature gives us? It’s the only place I’ve been that hasn’t been touched by a human. There is no infrastructure, curious lizards run around you and look like an alien, in the lakes along the road there are herons, foxes and hares run, and in the salt lake itself there are tiny crustaceans that are found only in a few places in the world, ” exclaims one of the travelers.

By the way, according to legend, these lakes are named after the healer Rayhan-ana, who discovered the healing properties of these waters. The locals say that a woman named Rayhan fell ill with leprosy. She left her family and walked away, into the endless sands. A few days later, she came across an amazing oasis in the middle of the desert and numerous lakes. In one of them, Raihan-ana decided to drown herself.

But here’s the problem: the water threw her to the surface. After several unsuccessful attempts, the tired woman went ashore and fell asleep. And when I woke up in the morning, I noticed that the wounds on my skin were beginning to heal. The woman lived near the reservoir until she was completely cured and returned home completely healthy a few years later. And at this time, the Great Patriotic War began. Crippled soldiers began to return from the front. They say that it was then that Rayhan-ana began to bring the wounded front-line soldiers here. Until a very old age, the woman treated people in these reservoirs for various ailments and, when she died, asked to be buried here.

Some visitors believe that the local salt water helps those who complain of joint pain. Excellent treatment, in their opinion, and skin diseases. Only here doctors do not recommend self-medication and before taking a salt bath, they are strongly asked to consult with specialists.

Well, these lakes sometimes acquire a mirror surface, which allows you to capture amazing landscapes and make memorable pictures. The optimal season is July-August, in other months it is quite cool on the lakes, take warm clothes.

Also keep in mind that for entering the territory of the hunting farm, rangers are charged a fee of 1 000 tenge per person (for fishing and hunting, the amount is higher, from 2 500 tenge). You can also buy a three-day tour in travel agencies, which includes two nights, transfer, accommodation in a tent and meals. The cost is around 50 thousand per person.