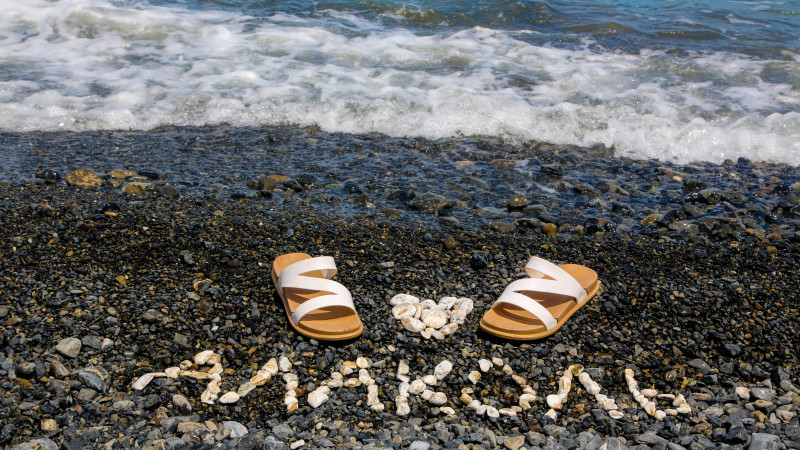 Two Kazakh airports in the cities of Usharala and Urjara will be reconstructed. In Usharal, a dirt runway will be provided, and Urjar airport will be closed temporarily. Thus, tourists were restricted from flying to Alakol by plane. In this article, we will tell you how to get to Alakol in the summer of 2021.

As explained in the press service of the Akimat of Almaty region, the Usharal airport, thanks to the repair, will be able to accept a larger number of passengers and more modern aircraft of other air carriers. Previously, the runway could not accept large aircraft. The work is planned to continue in the same mode during the repair.

“We purchased the Czech-made LP-410 aircraft in advance, which can land not only on asphalt and concrete landing strips, but also on gravel ones. During the repair, our aircraft will carry passengers and land on the gravel surface. This moment was thought out in advance. Thus, this repair will not affect the summer season

Regular direct flights will also be operated from Almaty and Nur-Sultan. At the moment, a competition is being held, ” the press service of the regional akimat noted.

However, we will tell you how to get to Alakol in other ways than by air. The lake is located on the border of two regions – Almaty and East Kazakhstan. Therefore, you can get to the resorts of Alakol from Almaty – from the south side, and from Ust-Kamenogorsk and Semipalatinsk-from the east.

According to the Ministry of Industry and Infrastructure Development, in connection with the closure of airports, in the summer season of 2021, new trains will be launched to the Zhalanashkol station from Almaty, Nur-Sultan, Semipalatinsk and Ust-Kamenogorsk.

The Almaty – Dostyk passenger train will run every other day. Tickets will be available at a price of 5361 tenge for a compartment, 3600 tenge for a reserved seat.

Private carrier Turan Express LLP will operate the Almaty-Dostyk service three times a week. The price is 4482 and 2885 tenge for a place in a compartment and a reserved seat, respectively.

The new Almaty-Dostyk train will depart to the southern coast of Alakol three times a week and will deliver a passenger for 6689 or 4432 tenge, depending on the accommodation on the train. 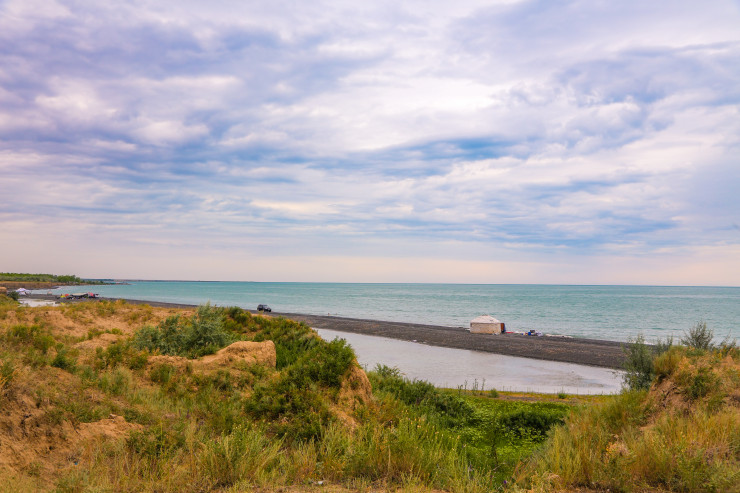 In addition, the trains of the private carrier “Arai Trans” LLP will run from Nur-Sultan to Dostyk station in a day for 7389 tenge in a compartment and 4831 tenge in a reserved seat.

By bus or car

From the East Kazakhstan region, you can get to the coast from Semipalatinsk. From the bus station of this city, at normal times, a bus runs on the following routes: Semey-Urjar at 7 pm, Semey-Barlyk-Arasan at 5 pm and Semey-Makanchi. The approximate travel time is 10-12 hours. The ticket price starts from 3800 tenge. The bus from Semey departs to Lake Alakol daily at 20.00. In the summer, the number of buses increases.

A bus to Urdzhar departs from Ust-Kamenogorsk at 18.00 every day. The approximate travel time is about 12 hours. The ticket price starts from 3400 tenge. There is a daily bus service Ust-Kamenogorsk-Makanchi. Departs at 18.00. In the summer, there are new flights. 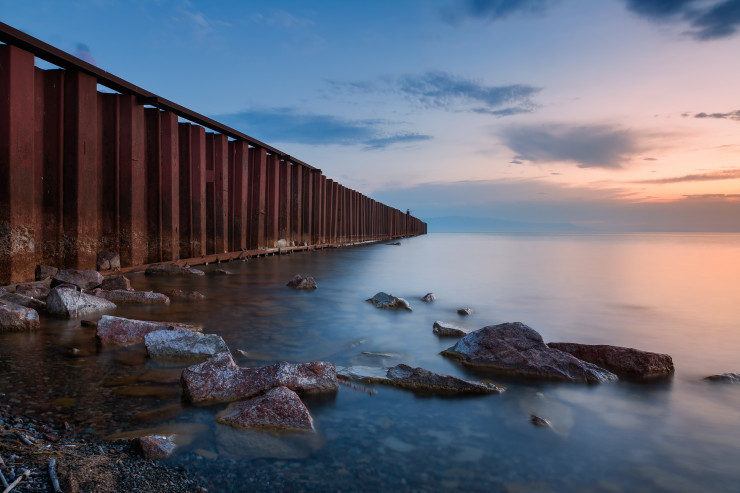 Most of the recreation centers from the Almaty region are concentrated near the villages of Akshi and Koktum, near which there are stations of the same name, to which you need to take tickets, no matter where you go.

Two buses run from the Almaty Sairan bus station on the Almaty – Usharal route at normal times. From Almaty, they depart in the evenings – at 20.00 and 21.00. Then from Usharal by taxi you can get to the base you need.

In the summer season, daily buses run from Almaty to Akshi and Koktum stations. They also leave only in the evening. And the whole journey takes about 12 hours. 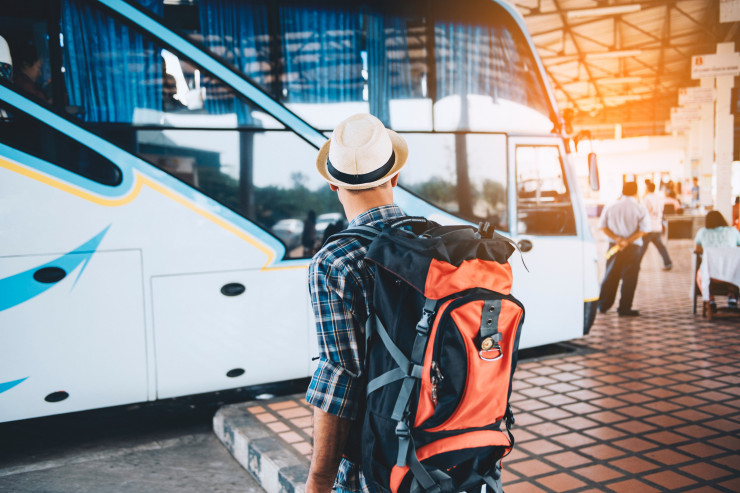 As the head of the Department of Passenger Transport and Highways Nurzhan Zhumadilov said at an online press conference, the number of buses has doubled this year.

“It is planned to increase the number of buses running from Ust-Kamenogorsk and Semey to the villages of Urjar, Makanchi and Barlyk-Arasan from 8 to 16 buses. Thus, the transported capacity will increase from 35,000 to 71,000 people, ” he said.

What about the roads?

Asylbek Nugumanov, a representative of the Kazavtozhol branch of the East Kazakhstan region, said that within the framework of the state program, the Taldykorgan – Almaty – Ust-Kamenogorsk roads are being reconstructed. At the same time, 454 kilometers of roads currently run on the territory of East Kazakhstan region. The implementation period is 2022. From 2019 to 2020, 57 percent of the work has already been completed. This year, it is planned to pass the remaining 43 percent.

“57 percent of the road from the East Kazakhstan Region already has a new surface. This year, it is planned to pay special attention to bypass roads. By the beginning of the tourist season, it is planned to lay a bypass road to the city of Ayaguz from Ust-Kamenogorsk. This is 55 kilometers. On the Ayaguz-Taskesken segment, we also plan to make another 50 kilometers of a bypass road on the reconstruction site. Construction and installation work is currently underway in all areas: work on the construction of the roadbed, artificial structures, bridges and asphalt pavement, “said Asylbek Nugumanov, Deputy Director of the EKOF of JSC NC” Kazavtozhol”.

Requirements for tourists and recreation areas

The representative of the Department of Sanitary and Epidemiological Control Saule Slyamgazina at an online press conference said that the activities of all objects of the tourist zone are allowed in compliance with all sanitary standards.

“The occupancy rate of tourist accommodation places is no more than 80 percent, the occupancy rate in food outlets is no more than 50 percent, with a distance of 1.5 meters between the tables. When crossing the sanitary posts, tourists must present a certificate with a negative result of the PCR test. At the same time, for one family, it is enough to have a certificate for one person. Be sure to wear masks and keep a distance,” she said.