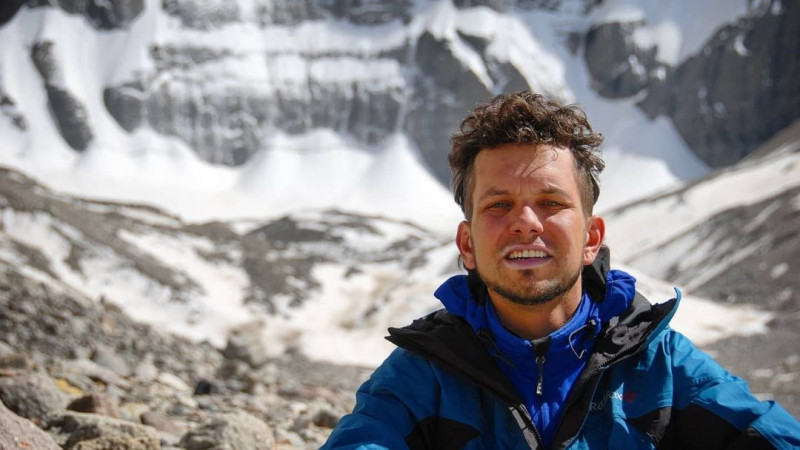 Andrey Almazov is a mountain guide with a lot of experience. He has climbed six volcanoes, conquered most of the highest points in Europe, several seven-thousandth peaks, and visited Tibet about 10 times. In this article, Andrey talks about the sacred Mount Kailas and what difficulties you can face during a hike in this incredibly interesting region.

“I have been engaged in mountaineering since 1997. By 2010, when I first came to Tibet, I already had the experience of climbing to heights of more than seven thousand meters, I climbed such peaks as Khan-Tengri, Lenin Peak, E. Korzhenevskaya Peak. I was almost a candidate for the Master of sports in mountaineering and a member of the Kazakhstan national team.

Mount Kailas is a place of power. It is worshipped by representatives of at least four religions that are common in the Himalayan region. In addition, it is a very beautiful mountain. It is located in the Trans-Himalayan range (Gandisyshan), which is located north of the main Himalayan range in Tibet. This is a mysterious mountain, shrouded in legends. It attracts those who are in search of knowledge or teachings, those who love hiking in the mountains. Ordinary tourists who love hotel holidays, there, of course, will not meet.

Mount Kailash (Kailash) has the shape of a pyramid, the edges of which accurately point to the cardinal directions (north, south, east, west). This mystical place is surrounded by several small mountains. Among scientists, there is an opinion that this system of” pyramids ” next to Kailash in the center was created by man-made. Tibetans believe that Shakyamuni Buddha lives on the top of Kailasa, while Hindus believe that the all-powerful god Shiva lives there.

For me, this ascent was important, because at that time I considered myself a Buddhist, and for representatives of this religion, this is an important mountain (a place of pilgrimage). I expected something new from this ascent, insights, insights.

If you are in good physical shape, you do not need to prepare for such a trip. The main thing is physical training and climbing experience. Since Tibet has long been considered the territory of China, we needed to get a visa. It was easy to get it at that time, before the pandemic: pay a fee of about 100 thousand tenge and within 10 days the visa was already ready. You can’t just go to Tibet. According to the rules, you need to buy a tour inside Tibet and submit all the mentioned documents to the Tibetan Tourism Bureau in order to get a permit for entry and movement in this region.

On the first trip, I went as a guide and as a tourist at the same time. I organized the trip for myself and the client, wrote off the host party, bought tickets, issued visas, and so on. 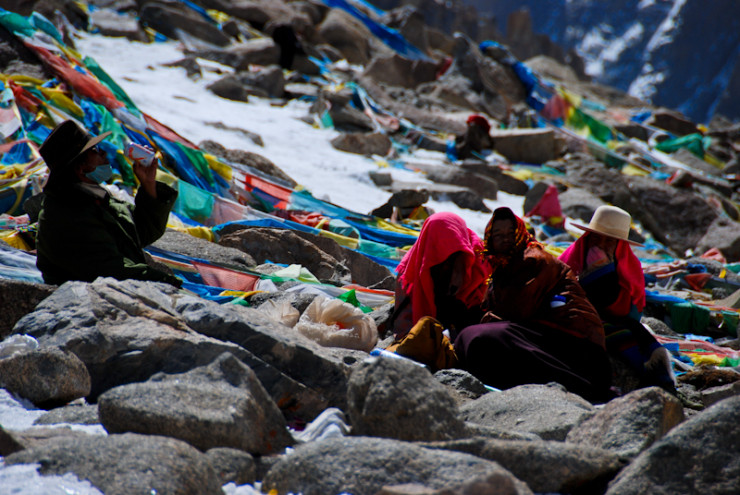 Tibet is a huge region, and it has its own rules, nuances, and laws. For example, it is impossible to travel in the central part of Tibet without a local certified guide and without a permit. North and east – are open for independent movement, you do not need a permit, and even just knowing a little Chinese, knowing how to use maps, you will be able to plot your own route and travel.

You need to use the cards always and everywhere. Even knowing the route, you need to see what places are still nearby. Even when traveling with a guide. By tracking the route myself, I can see what interesting locations are nearby. If I like the place, I tell the guide and we turn off the route and go to this place. So the maps should always be in the smartphone of at least the group leader and, of course, the guide. By the way, I probably used paper cards for the last time about 10 years ago.

Until recently, there were only two ways to enter Tibet centrally and legally: from Nepal, fly from the capital Kathmandu to the Tibetan capital Lhasa, or across the land border. But a few years ago, the citizens of Kazakhstan were deprived of this opportunity. I don’t know why. Now you can get to Tibet, to Lhasa, only through China. You can enter from the provinces of Qinghai, Sichuan and Yunnan both by land and by plane. To do this, the entire group must have permits, which will indicate personal information, the purpose of the trip, an approximate route and the approval of a special authority. Without this document, no one will be allowed on the plane, train, or bus going to the central region of Tibet.

In general, I have already been to Tibet about 10 times. I chose different routes to Lhasa – from Beijing, from Chengdu, from Nepal, from Yunnan. But on our very first visit to Tibet, we took the highest mountain railway through Qinghai Province. In general, the train journey took two days. For a certain period of time, we were traveling at an altitude of five thousand meters, and we were given oxygen in the car, because people are not always prepared for such conditions. 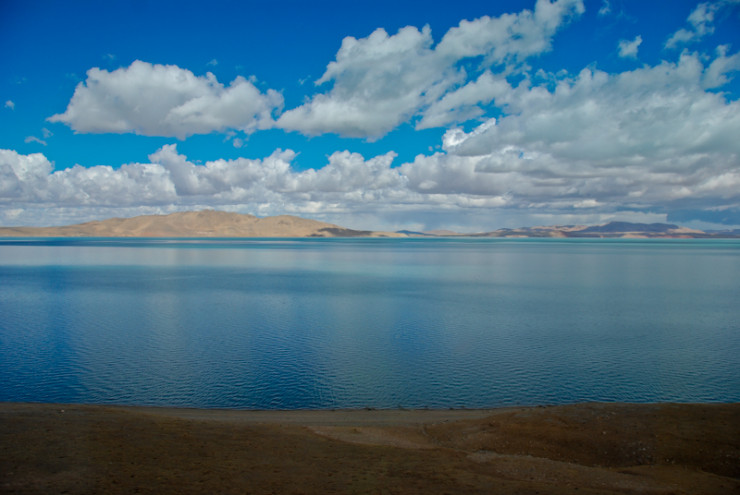 Roads, infrastructure for tourists and locals everywhere are at a high level. The police, medicine, everything works at the proper level. We can’t say that we had any problems. We were prepared.

The biggest problem that a tourist can face is the height. It starts from three and a half thousand meters and above. The most important thing is to allow the body to acclimatize gradually, to gain altitude slowly, giving yourself time to get used to it. I’ve seen people at Lhasa Airport get sick because their bodies couldn’t adapt so quickly to the altitude and the new conditions. But, even after arriving by plane immediately, starting to move, it should be easy for a healthy person to get used to it.

In general, the routes to Mount Kailas are built so that the height is gained gradually. Climbing, then visiting monasteries, lakes, glaciers, then climbing again – every day you gain altitude, and by the time you reach the mountain, you have enough strength and you are adapted.

I also had mountain sickness once during all these trips. I drank a lot of water, moved more, used oxygen, and when it became easier, I continued on my way. In the most extreme cases, when a person does not get better after 2-3 days, evacuation is required. For these cases, an airplane is provided. He comes and takes them to the green, warm valleys, where they get help and get better.

The path doesn’t end here. Next, you need to make a hike around the mountain with a length of 56 kilometers and overcome the pass of the Green Tara Droma La. Many are experiencing difficulties. It’s not easy: to walk 56 kilometers in three days. But we did it in two days. On my way, I met a woman of about 70 years old who walked this route twice, and a boy of 11 years old who walked this route with his parents in two days. 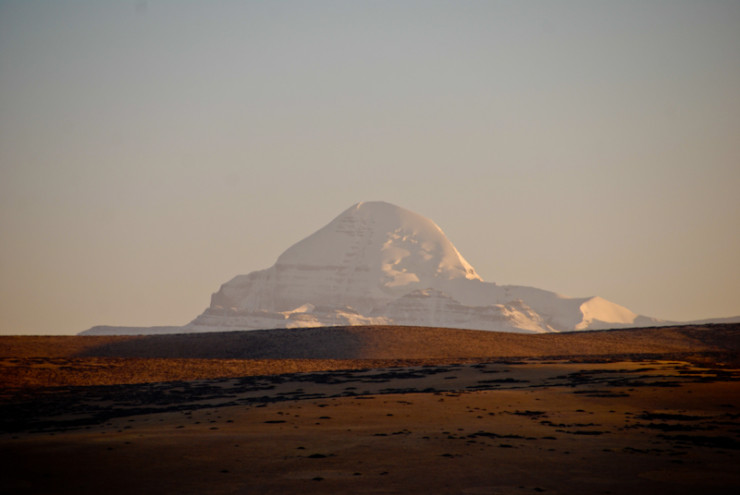 You can’t climb Mount Kailas itself. It is sacred. Only two expeditions have ever received permission to climb this mountain. Once allowed the Austrian mountaineer Reinhold Messner, but before the ascent, he himself refused the idea, deciding not to “anger the Gods”. The second time-the Spanish team in the 90s received permission, but they were not allowed by the locals, threatening violence. The only person who was on the top of the mountain is a great yogi, in the 11th century – Milarepa. It wasn’t a pure ascent, he did it through meditation, mentally.

The rest of the people who come to the mountain, they do the kora-a ritual circumambulation. I didn’t feel anything special. It is important for me to stay near the mountain, the holy places. And the difficulties that my body is experiencing, this is in the background, I cope with this.

The views are stunning. Hike around the mountain with a height of more than 6,5 thousand meters, each face of which is regular pyramidal shape. Over the course of the day, it changes its lighting: what looks like this at dawn, looks completely different at sunset. The sunset over the north wall of Kailas is my favorite view. The sunsets there are amazing.

Climbing is like meditation. You look at the ground, sometimes you look at the road, thinking only of the path. You do not think about the past or the future, it is a state of being “here and now”. And on the pass or during the rest you look around and admire the views.

Speaking about the cost of such tours before the pandemic, the average price of a two-week hike in a group to Mount Kailas was about three and a half thousand dollars with flights (about 1.5 million tenge), depending on the route you chose to Lhasa. An individual trip with a personal guide, accommodation and flight for one person can cost five to six thousand dollars (2-2.5 million tenge).

The main part of the cost is flights. Nutrition depends on personal appetites and preferences. Perhaps you want to buy souvenirs and other things to remember you by – here the price will also increase.

At the end of the journey comes satisfaction and joy from the result. For me, the next peak causes the thought that “I can, I need to continue”. I am happy for those who have also succeeded.

For a long time I was unable to overcome the peak of seven thousand meters high for various reasons. In 2007, I went to Pamir, Tajikistan. It wasn’t the easiest climb. But there, standing on a mountaintop with planes flying over it, I felt calm and confident that “I can”. It’s a very pleasant feeling.

It is difficult to make plans and realize dreams in our covid time. I’m waiting for the borders to open. Now I am engaged only in commercial projects – a trip to Nepal, to the Himalayas and climbing Mount Ararat in Turkey. Next, I will help those who want to conquer the peaks of the Almaty mountains.

The quarantine period showed that I do not know everything about the Almaty mountains. Just this summer I will take up gorges and peaks that I have not been to.

By and large, I do not have any career in mountaineering. I do what I want to do. Time will tell. But I plan to finish several programs I started. For example, the program “Seven volcanoes”, which involves climbing seven volcanoes on seven continents. By the way, in 2012 I became the first Kazakhstani who conquered Ojos del Salado in Chile. Of the entire program, I have already conquered six. There is only one left – in Antarctica, it is the highest – Sidley. This requires sponsorship. So I’m open to suggestions.

The second program is “Seven Peaks on seven Continents”. There are people in Kazakhstan who have already completed it. I have only to conquer the highest point of Asia and Antarctica.

The third-popular since Soviet times- “Snow Leopard” involves climbing five seven-thousand-meter mountains. Behind my shoulders is the peak of Khan-Tengri, Lenin, Korzhenevskaya. There are two peaks left – Victory and Communism. These are serious climbs. They do not require financial expenses, only physical effort. But these points are more difficult to conquer than, for example, Mount Everest.

The fourth is the “Crown of Europe”. It involves visiting all the high points of all the countries of Europe and I have already completed most of them. Some of them are very complex – Mont Blanc in France, the highest point in Europe, or in Switzerland – Dufour Peak, for example. All these programs are in my plans. Therefore, we are waiting for the opening of borders and new challenges, ” said Andrey Almazov.