Five water bowls and a rock bath. Why Sibinsky lakes are loved by divers

Five water bowls of different sizes are embedded in the rocks of the Kalbinsky ridge in the south-west of the Altai Mountains. These are the Sibin Lakes. The water in the reservoirs is crystal clear, and the mountains and rocks around seem to have experienced the full force of time and winds. In this article, we will tell you what attracts tourists to this beautiful place.

Sibinsky Lakes are located near Ust-Kamenogorsk. If you look at them from a height, you can see that they are located as if on the steps of a ladder. The lowest is 714 meters above sea level, the highest is 868 meters.

If you move from the direction of Ust-Kamenogorsk, you will first meet Sadyrkol, then Tortkala, Shalkar, Korzhynkol and Karakol. The largest lake is Shalkar, the smallest is Karakol.

It is impossible not to agree. This unusual appearance is created due to the granite massifs covered with mixed forests, resembling stacks of pancakes.

The name Sibinskie comes from the Kazakh word sabyn, Kalmyk sibyn or Tatar sapun-soap. The fact is that in ancient times, nomadic tribes arranged parking in these places: they rested, bathed and washed their clothes.

Legends of the Sibinsky Lakes

Scientists say that these lakes were formed due to the springing of river valleys from the Ablaikit ridge. Simply put, the waters of the Sibinka River flowing here “sprung” from the obstacle in the form of a mountain range and spilled around.

However, people are not very satisfied with this explanation, so there are many legends around the Sibinsky lakes. One of them says that the Almighty, having created the beauty of the local mountains, rivers and vegetation, was very pleased with his work. Proud of this, he decided to leave his mark and “put his right hand to the firmament of the earth.” The rocks that were nearby parted, and the hollows from the fingers were filled with crystal clear water. Indeed, many people notice that from a bird’s-eye view, the lakes look like a footprint from the fingers of hands.

Also, many people say that the five lakes are the trail of the bear’s claws. In these parts, by the way, bears are found. Fortunately, they are rarely seen by tourists.

And once upon a time, the locals believed that a monster lived in the lakes. And the ancient tribes living in those parts many years ago were afraid to fish in the reservoirs, so as not to anger the water lord.

Even if you do not know any legends about this place, walking along the rocks and shores, you will see many unusual natural sculptures and images that can give food for the imagination.

The largest and deepest lake of the five, Shalkar, was a base for scuba diving training in Soviet times. Officially, the largest recorded depth of this reservoir is 48 meters. However, local divers say that the lake is much deeper. The water temperature of the lakes in June is 20 degrees Celsius, and in July the thermometer reaches 23.

Sibinsky lakes are the favorite reservoirs of divers, because the water here is clear at 6.5 meters in depth in summer and autumn. And in the center of Lake Shalkar, the transparency in July-August reaches 11 meters.

The most amazing thing is that corals grow at the bottom of the Sibin lakes. As the locals say, they are similar in shape to the sea, but for some reason soft. Most likely, due to a lack of salt or calcium. And at the depth you can watch the world of fish: small and large. There are about 10 species of them, including roach, pike, mirror carp, tench and carp. There are also about 30 species of aquatic vegetation.

There is a diving center on the lake, which offers the services of a dive guide and equipment rental. DIVING FEST, a diving festival, was also held here in 2018 and 2019. A professional team helped those who wanted to see the beauty of the underwater world to make a test dive to a depth of six meters.

On the territory adjacent to the reservoirs, you can observe a variety of fauna: among the local plants there are rare species such as timothy, feather grass, yarrow, geranium, hemlock, sedge, mordovia. It is home to badgers, rabbits, lynxes, bears, foxes, marals, stoats, minks, moose, marmots, wolves, ferrets, squirrels, wild boars and white hares. Tourists often come across wild animals. 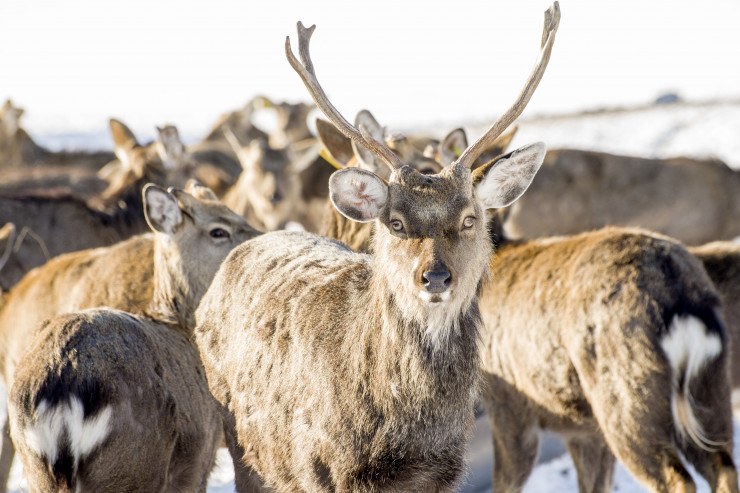 Recently, the musician Bagzhan Yessirkep, known for videotaping his performance of Kazakh songs on the cello in the picturesque places of Kazakhstan, shot videos on the Sibinsky lakes. In a comment to one of the posts, he admitted that he had never been to this place and was very surprised by the beauty of the nature of these places.

To his accompaniment, a beautiful ice dance was performed by figure skater Ksenia Pankratova.

Some residents of the Ulansky district, where the Sibinsky lakes are located, claim that there are not five lakes, but six. At the top of one of the rocks there is another small pond, or rather a bath. Little is known about it, but tourists find it, swim and take photos.

In the comments, tourists admire the shots from these places and write: “Cool!”, ” What a beauty!”. One of the tourists affectionately signed it “A cup of water”. It really looks like it.

First of all, the residents liked the lakes for their clean water and fresh mountain air. One of the travelers captured the depth of the color of the water of the Sibinsky lakes, choosing the exact description “Emerald Waves”.

For lovers of diving, there is good news: the depth of the Sibinsky lakes and the height of the rocks allow you to experience the most extreme sensations.

And here is what a fan of fishing writes: “… I was on the second lake, the bite was quite excellent. The bites are clear and greedy. The specimens are good, palm-shaped. I caught it with a float tackle.”

The lakes are beautiful at any time of the year. In summer, there is a real expanse for lovers of rock climbing, diving and swimming: the water is warm and clean. The swimming season lasts from June to August. In spring and autumn, you can enjoy the silence and deserted landscapes. In winter, when everything freezes over, tourists come to skate, fish and enjoy the views.

Yes, it is very windy here in winter. Some residents of East Kazakhstan even decided not to seriously go windsurfing.

Now the shores of the lakes are a favorite holiday destination for locals and tourists. There are many recreation centers, guest houses, cottages that can be rented.

Camp sites on the shore of Lake Tortkara offer tourists houses with all amenities. In addition, you can rent a gazebo 100 meters from the lake. There is a sandy beach, a playground for adults and children, and a pier.

There are also many houses, guest houses and camp sites on Lake Shalkar. And one of the newest – on Lake Korzhynkol-appeared in the framework of a public-private partnership. There are gazebos on the water, an extreme park, a climbing wall and bungee jumping. In the near future, it is planned to open a camp for children, like the “school of survival in the wild”.

Prices vary depending on the class of the campsite, the available amenities, entertainment and the number of people. The price is also affected by the season and day of the week. It is cheaper to rest in early June or September.

You can pay 5,000 tenge for a three-bed house per day, and you can pay 35,000 tenge for a seven-bed house. If you come for a day and do not need a bed for the night, rent a four-person gazebo will cost from 4 000 tenge from morning to evening. However, entertainment is not included in the price. For example, a visit to an extreme park will cost 1500 tenge, a climbing wall-1000 tenge, bungee jumping-2000 tenge.

To get to the Sibinsky Lakes, you can use the R-158 highway. Reservoirs are an hour’s drive from Ust-Kamenogorsk.

In summer, on weekends, a bus runs to the municipal beach Sibini Family Resort. The first flight departs at 8 am from the Ust-Kamenogorsk bus station. On weekdays, you can drive to the village of Asubulak, and then catch a passing car and drive another 38 kilometers.

By taxi, you can get from the Ust-Kamenogorsk bus station or from the nearest settlements-Targyn or Algabas.

In any case, it is not so difficult to get to the Sibinsky lakes, because there is an asphalt road surrounded by mountains in these parts. It will be more difficult to leave this place, because it is not easy to part with the beauty of the local scenery.