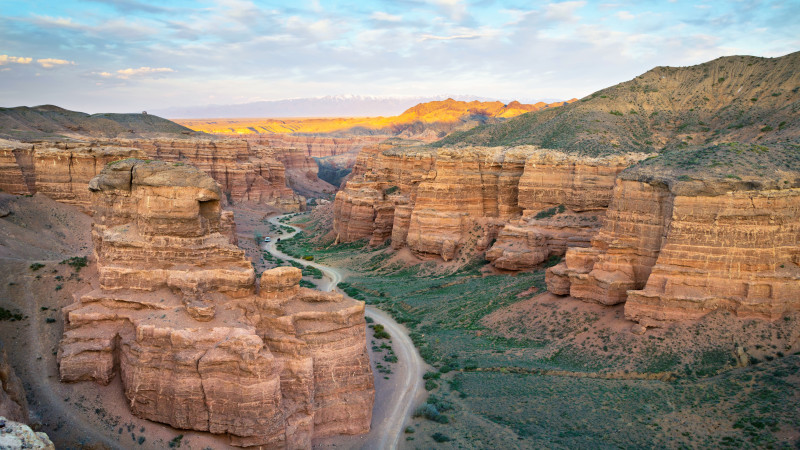 14.5 billion tenge was raised for the development of ecotourism in the national parks “Charyn”, “Kolsay Lakes” and ” Altyn-Emel”

To implement the Concept of eco-tourism development in the national parks “Altyn-Emel”, “Kolsai Kolderi” and “Charyn”, investments in the amount of 14.5 billion tenge were attracted, Tengritravel.kz reports with reference to the Ministry of Ecology, Geology and Natural Resources of the Republic of Kazakhstan.

As for the Charyn National Park, the competitive requirements announced by the ministry include the construction of tourist and recreational facilities: a visit center, an ethno-aul, a playground, a mobile food station, a glamping and recreation area, a pedestrian bridge over the Sharyn River. “We are also studying the feasibility of building a zip-line attraction. The main allocated areas are located before the entrance to the territory of the State Enterprise “Charyn”, – stated in the response of QazaqGeography to the request of the editorial office.

“The Charyn State National Nature Park continues to be owned by the state and is under strict control, both by the authorities and society. This competition only grants the right to long-term use of small individual sections of the national park with a total area of 4.9 hectares. At the same time, we would like to note that the total area of the Charyn State Enterprise is 127,050 hectares.

According to the responsible public organization, the NGO “QazaqGeography” shares the values of transparency in its work, as well as the requirements of national legislation and international acts signed by the Republic of Kazakhstan. The construction permit for the planned facilities will be issued to us only after passing all the procedures established by law, including a thorough study of experts on the impact on the environment, and public hearings with the involvement of as wide a range of eco-activists as possible.

At the moment, QazaqGeography is conducting thorough additional research and preparing them for the hearings on the concept of conservation and development of the park’s territories within the framework of the approaches of the economy of historical and cultural heritage. In addition, preliminary master plans and deadlines for the construction of facilities are being developed, the necessary measures for training and involving local residents in the field of ecotourism and the number of jobs created in this way are being determined.

QazaqGeography will inform the public in a timely manner about all public events to implement the concept of conservation and development of the Charyn State Enterprise, “the message reads.

The profit from the implementation of social entrepreneurship projects on the basis of the State Enterprise “Charyn” will be used for scientific research and the introduction of new socially responsible approaches in the field of ecotourism in Kazakhstan. “We emphasize that by implementing the principles of social entrepreneurship, QazaqGeography will strictly observe the principle of voluntary use of paid tourist infrastructure facilities,” the organization said.

QazaqGeography was established in 2013 and is actively working in partnership with well-known Kazakh scientific centers: on the reintroduction of the Turan tiger, the Przhevalsky horse; on the creation of the state national natural park “Ulytau”; on supporting the development of the national network of UNESCO biosphere reserves, and many others. During these 8 years, QazaqGeography has been working to find and form new approaches that can become new principles for the development of eco-tourism and attract funds to finance scientific work on the conservation of biodiversity and landscapes of Kazakhstan.
The Ministry of Ecology, Geology and Natural Resources announced a competition for the implementation of tourist and recreational activities on the territory of the above-mentioned national parks on February 2, 2021, as part of the State Program for the Development of the Tourism Industry of the Republic of Kazakhstan for 2019-2025.