“The adrenaline is pumping.” Why do tourists go to the Castek caves

Travel inspires, energizes, and brightens our lives. But sometimes we expect extreme sensations from visiting new places. All of the above can be found in the Kastek Gorge. There are also beautiful views of the mountains and streams, and unusual caves, exploring which you can feel like a discoverer. In this article, we will tell you what attracts the nature of these places and why the Kastek caves are interesting.

The Kastek caves are located in the Kastek Gorge. This place has a rich history. Previously, on the left bank of the river of the same name, at the foot of Mount Suyk-Tobe, there was a fortress that connected the valleys of the Shu and Ili rivers. Historians say that the fortress was built in the VII century. It served as a control point for caravans passing through the gorge.

The word “cas” is the name of a family that lived here in ancient times. And “kastek” means “people of the Kass breed”. Now this place is the city of Tokmak. In its vicinity, archaeologists still find artifacts, mainly weapons and household items. In the XV century, the city located here with a population of more than 10 thousand people was destroyed by the invasion of the Dzungars.

In Soviet times, geologists worked in the gorge. Despite the fact that the mountains of the Trans-Ili Alatau are relatively young, they are composed mainly of ancient volcanic rocks formed in the Paleozoic and Carboniferous. And this indicates a great potential for mining. Geological exploration was conducted here. Deposits of gold, cadmium, silver, and copper were found. But mining was considered unprofitable. Therefore, the scientists curtailed their work, but left behind numerous tunnels that now attract tourists.

The adits are located in many of the side gorges of Kastek. The length of some reaches 300 meters. The entrance to many of them is littered with stones and it is impossible to get there. But those that are available can be studied. So did the family of travel bloggers “Elementary Trio”. According to their stories, inside the tunnel you can see a section of rock, bats and darkness.

“You can tickle your nerves. At this time, we live in very comfortable conditions, and visiting such a cave is a way out of the comfort zone. Testing yourself for resistance to stress, well, discharge, ” say travelers. 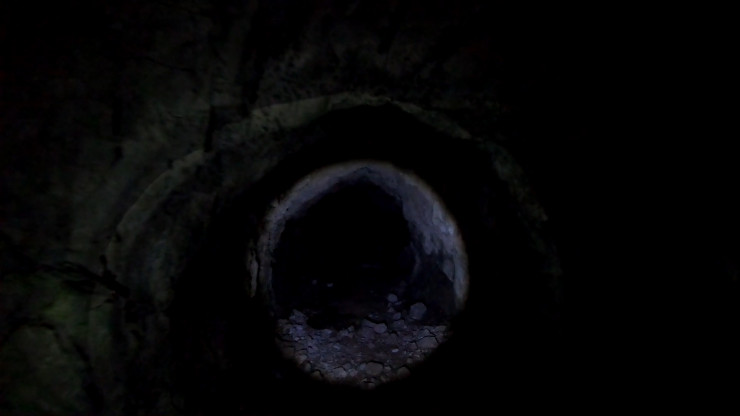 According to bloggers, some tunnels are very deep with side branches and turns. It turns out that, plunging into them, no light is visible at all.

“Your main light source is a flashlight, and preferably a powerful one. So the adrenaline is pumping! The place is also interesting in terms of a photo shoot. The gorge itself is also very atmospheric. Beautiful nature both on a sunny day and in bad weather, when it rains, ” the tourists admired.

Indeed, in social networks you can find a lot of interesting, atmospheric photos from the caves.

In the comments to such images, users express interest and surprise: “Where are these caves?”, ” Well, extreme people!”, ” Cool!”, ” Very beautiful places!”.

At the same time, travelers say with indignation that in some places there are traces of tourists – garbage. And it spoils the view. However, you can also see a lot of pleasant and interesting things.

“Layers, rock, water, bats, animal bones. There are still some interesting details. There are wooden stakes in the ceiling or in the walls. This is done so that water does not ooze out of this hole and the tunnel is not flooded. You can hear all the tiny sounds, the squeak of bats, the sound of falling drops and your heartbeat, ” they shared. 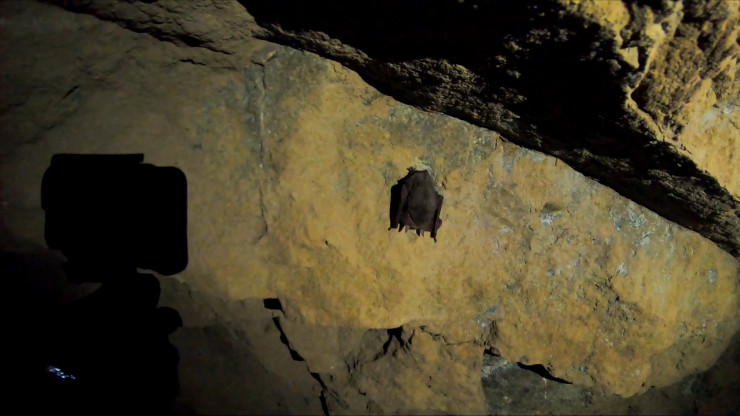 “The weather was rainy, and when we went into one of the caves, thunder thundered. The acoustics in the tunnel are amazing. It felt like an explosion. We also came across the gnawed bones of a horse. Given that there are only one or two wintering grounds around, and the village remained 22 kilometers away, it could be assumed that the horse was eaten by wild animals. So it was a little scary to go inside, because you don’t know if there are wolves or foxes in there right now. But we were lucky, we met only bats, ” the tourists added.

The Kastek Gorge can delight visitors with its rich fauna, despite the lack of forests. Here live argali, marals, various subspecies of mountain goats. There are foxes, wolves, and lynxes. Many birds soar in the sky, including eagle owls, golden eagles, and vultures. In these parts there is a hunting farm where you can get game. Fans of hunting come here to get pheasants, ulars and other birds.

The fishermen will also be satisfied. The Kastek River is home to mountain trout.

“The mountains, nature, the dead silence around, and only the sound of water gives relaxation and food for thought,” writes one of the tourists.

Nikolay, a caver from Ust-Kamenogorsk, has been exploring caves and abandoned tunnels in the area of Asu-Bulak in eastern Kazakhstan for many years. He emphasizes that such trips are not for everyone and you need to prepare well before taking risks.

“Such trips will be interesting for cavers and diggers. I have not heard about the latter in Kazakhstan. By the way, visiting artificial cavities is not speleotourism, not speleology, but speleostology. One of the tourists, when asked why he needed such a trip, replied, ” I want to test myself.” But with the right approach and organization, there should be no adrenaline rush. It is important to prepare for such a campaign, ” Nikolai shared his expert opinion.

Speaking about safety, Nikolai explained why such a trip without preparation can be dangerous.

“There are slightly labyrinthine places in the tunnels. At first, I used to put chalk arrows on intersections. And there are simple ones – a direct passage back and forth. There may also be vertical cavities – 45 meters each. And that’s where you can fall for stupidity. The main thing is reasonableness. If you are afraid, stay out of it, if you are afraid and not sure, come back, ” he says.

The expert advises photographers to use powerful flashlights. Those from the bazaar or from the city store will not give the beauty of shooting, and in general there is no such pleasure from a hike without very good light.

What to take with you?

In general, the expert advises to prepare for the most uncomfortable conditions and to have the necessary equipment at hand.

“As we joke, “it’s dark, cold, dirty and wet – that’s what a caver needs.” But for those slightly abnormal tourists, thrill seekers, I would advise you to take a good light with you: a headlamp, and always with a spare and a normal resource in time, as well as wear the right shoes. Sometimes there is water in the tunnels. Here you will need boots up to the chest, for those who want – scuba diving or even a rubber boat. Next, a helmet, mittens and warm clothes, which will not be a pity to ruin there, ” he says.

The Kastek Gorge opens on the state border with the Republic of Kyrgyzstan. Sometimes border guards go to the gorge. The border outpost is located in Kastek itself. In order to avoid possible problems, it is necessary to have an identity card and birth certificates for children.

Travel bloggers are advised to bring warm clothing and use mountain shoes.

“Mountain shoes with hooks, no flip-flops, ballet shoes, sneakers. Water and warm clothes. In the mountains, the weather is very changeable, and after sunset it always gets cold. To visit the tunnel, you need a powerful flashlight. And, of course, a huge request – do not leave garbage behind. Let’s keep nature clean, ” the tourists advise.

How to get to the Castek caves?

“The caves, by the way, are very easy to find. If you see a pile of stones, then it means that there will be an adit on top of the pile. That’s just what it is, big or small, with access or not, you will only know when you get to it. Lifting the quadrocopter and studying the terrain from above, we saw many such dumps, but unfortunately, we did not have enough time to study each one,” the travelers from the “Elementary Trio”say.

From Almaty to the village of Kastek can be reached in two hours (about 85 kilometers) both on the upper route Almaty – Kargaly – Kastek, and on the lower Almaty – Bishkek. There is a good paved road from the village of Uzynagash to Kastek. And behind the village of Kastek, a dirt road begins. It is necessary to drive another 22 kilometers along it. There, along the way, you will meet a destroyed bridge. The bridge is a branch from the main road. After moving it, you just need to go in the direction of the road. Without problems, a crossover, an SUV, and in good weather, if carefully, then a sedan will pass.