“Grasshopper soup and the crossed-out sign “Nur-Sultan”. A girl is hitchhiking in Kazakhstan

Blogger Aliya Baimurzina managed to hitchhike around a huge number of Kazakhstan’s attractions in a short time. The girl feels quite comfortable away from home, easily finds a common language with fellow travelers and is not afraid to spend the night in a tent.

Aliya was born in Taraz. She graduated from the Lev Gumilyov Eurasian National University in Nur-Sultan, Faculty of International Relations, and has already worked as a presenter in a Kazakhstan travel project. Four years later, the girl realized that she wanted to continue this activity solo. Without hesitation, she created a YouTube channel and went on the road.

“I have identified for myself the points that I would like to show people from myself, without editors, without censorship. And I did. It’s simple. It’s budget-friendly. Plus, it’s interesting. You never know what’s coming. People on the road are kinder. They are ready to help, give water, give a ride, share advice and tell their interesting story, ” says Aliya.

The girl managed to go to Turkestan, through the Bektau-ata tract, to Balkhash, to the city of Merke, to her native Taraz and to Shymkent. She visited Borovoye, Almaty, Almaty, East Kazakhstan, Karaganda and Kyzylorda regions, Bayanauyl and Akmola regions, including Imantau, Seletinsky district and Lake Kobeytuz. 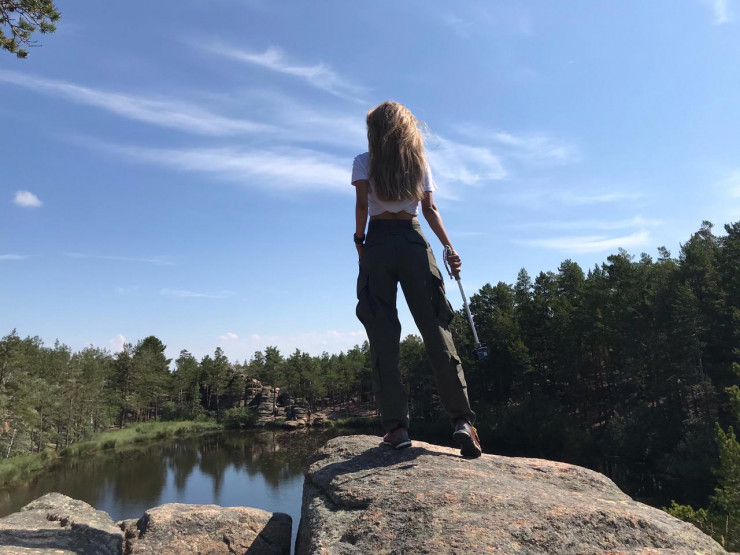 “Here I see the crossed-out sign “Nur-Sultan”, and it means that it is time to catch a car. Since the weather does not allow hitchhiking around the country all year round, I travel only until the first snows. As soon as it snows, I look for other ways. I have another rule: go out on the road only before sunset. 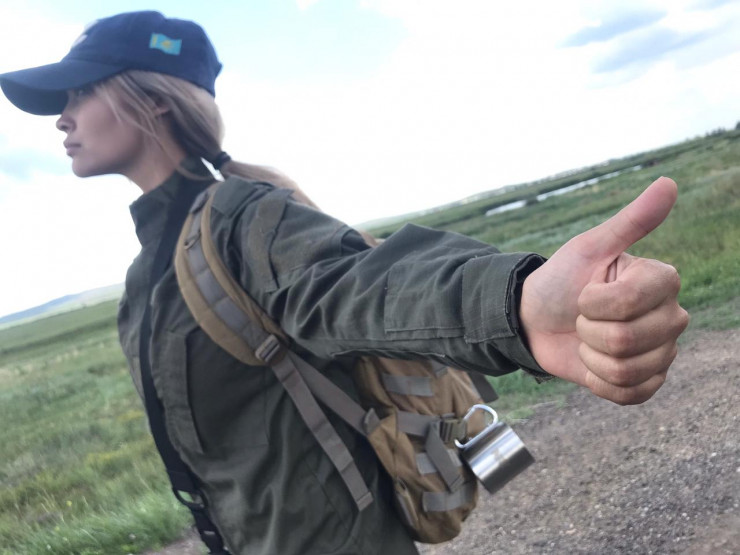 I’m not afraid to travel alone. There is no doubt about it. Whoever stops first, I go with them: a woman, a man, atashka. Truckers, by the way, are cool and funny guys. There has never been a single case of theft or harassment. Except that I was afraid of strange sounds at night, when I spent the night on Lake Shaitankol in the Karaganda region. In general, all the people I met were kind and open. But I would not advise people who have never hitchhiked to get involved in such an adventure. Here you need to know the terrain, routes, you need to understand what to put in a backpack, how to prepare. I had all this: experience, friends, and knowledge of places.

With any person, you usually start a conversation right away. People are interested in what I shoot, where I was. I’m interested in their stories. When there is a goal, fear and distrust fade into the background. There is even more interest, anticipation. And this interest is always justified. The road is an amazing thing – you never know who you’ll meet. 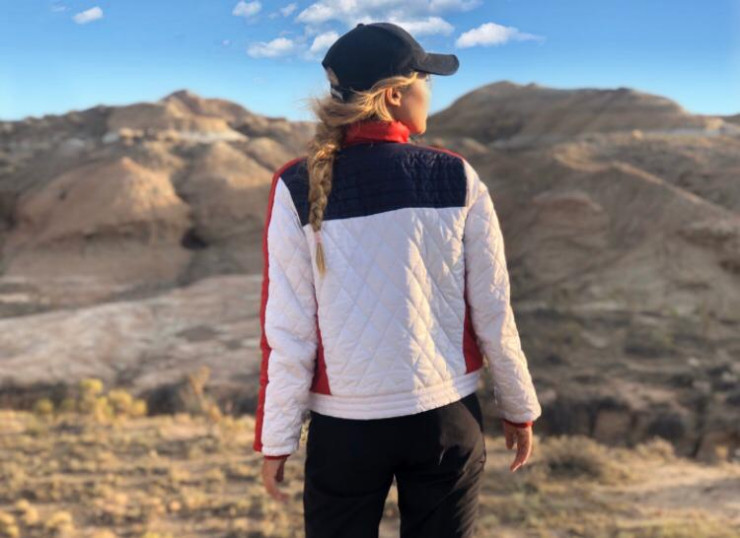 In Karaganda, I met a local guy-a blogger who shoots extreme videos with tricks and jumps from a height. At Bektau-ata, I met motor drivers from Germany. We didn’t understand each other well because of the language barrier. But I treated them to doshirak and my signature coffee. They promised to meet me in Germany.

Somewhere between Taraz and Shymkent, I walked a short stretch of road. Here I met a company with motorcycles. I wondered who they were and where they came from. The guy offered to go for a ride. Of course, I agreed! It turned out that he was the champion of Kazakhstan in motorsport. That’s so lucky.

On the same route, I once caught a truck and saw an “interesting object”from the window. A woman with dreadlocks was riding a bicycle with a basket containing a dog. I asked the drivers to stop. I ran out and met her. It turned out to be a tourist named Lyudmila. She is from Omsk and travels by bike! And not alone, but with his dog-a dachshund named Yu. She is blogging on behalf of the pet and is going to go around the globe! Well, where else would I have met such unusual people?

In general, the people I meet stretch themselves, and this makes my path easier. I don’t notice how time passes. They themselves tell about the area, give advice and life hacks. One of the most valuable is to cover your mouth and nose when you go to the roadside toilet.

People are very different. But my main goal is to show and tell the audience about the beauty of our country.

Sometimes I get turned down for hitchhiking. Once, on the way to Borovoye, for example, three cars in a row refused to take me. And it happens. But there is no choice on the road. We have to stand and wait. I’ve been catching cars for a very long time.

If we talk about the” kitchen ” of the project, everything is much more complicated. I have in my backpack two cameras, several chargers, a tent, canned food, clothes-the bag weighs about 15 kilograms. Sometimes it is difficult to shoot myself, because I try to do everything as professionally as possible. Often my fellow travelers unwittingly become my operators. And sometimes I ask familiar operators to help me and they go with me, shoot. Off-screen, everything is not what it looks like on the screen. For example, often people who give me a ride don’t want to be filmed. But I think only of the adventures that lie ahead. 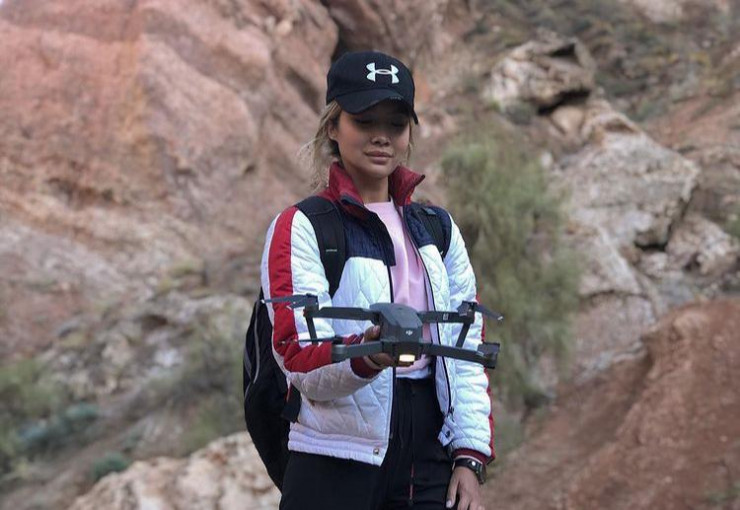 Nevertheless, the effort is worth all the impressions. And there were a lot of them. For example, in the city of Merke, the residents told me that you need to plunge into the cold river seven times and then all the diseases and hardships will recede. I didn’t think for a long time and dived into the icy water. I also visited the local caves. In Balkhash, a kind receptionist let me take a shower and allowed me to spend the night on their beach in her tent. However, when I woke up in the morning, I found a storm on the lake, and not a magical calm as I expected. 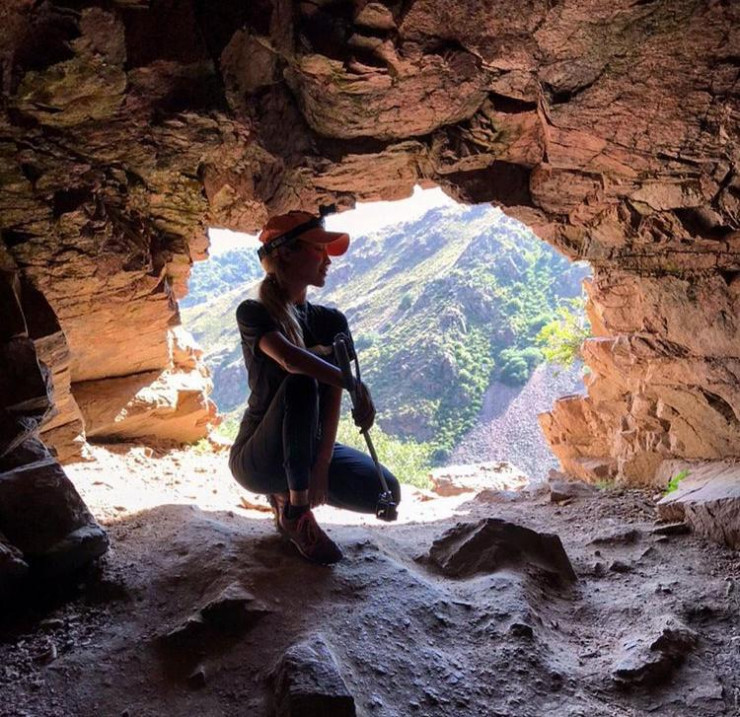 I visited the sacred caves and high points of Bayanaul. The further you go, the lower the ceiling. A little scary. And at a height of a view of the huge rocks and coniferous vegetation. 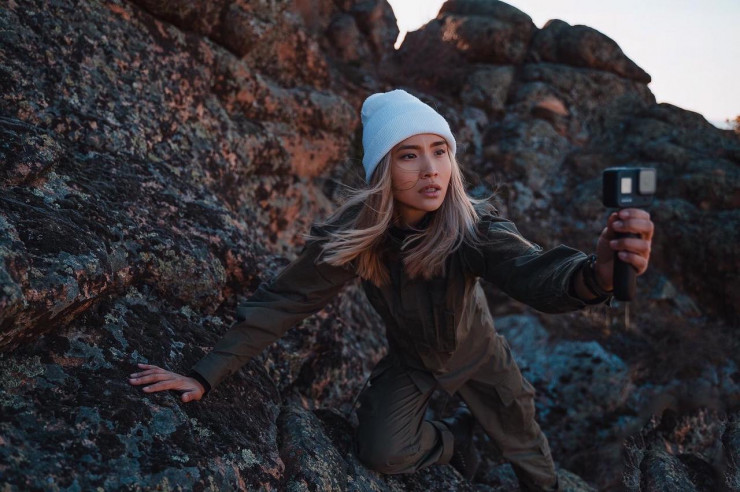 I fought the wind on the tops of the Seletin canyons. I came to these places in a cool time. But I still pitched the tent at the highest altitude. By the way, it was not difficult to find accommodation during the trip, there are always people who offer accommodation for the night. 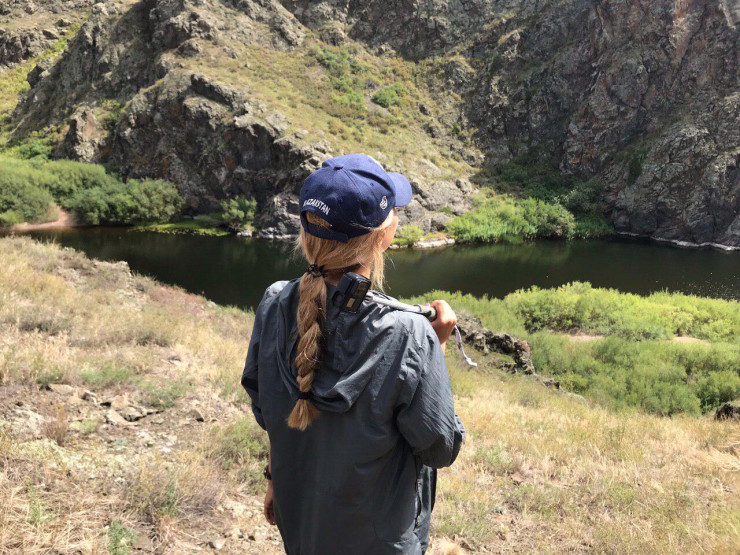 Most of all in Kazakhstan, I love the western part-Mangyshlak and the bottom of the Aral Sea. It’s sad and delicious at the same time. You sit at the bottom of a dry sea and eat grasshopper soup. Because when you cook over a fire, all sorts of insects jump into the soup. But it’s delicious, by the way.

East Kazakhstan, Ust-Kamenogorsk, Rakhmanov keys-needles, forests, honey, mountains. The city of Uralsk-demolishes the tower architecture. I remember and smile. South Kazakhstan-the city of Merke, a cozy city. All the cities impressed me and were imprinted in my heart.