In our country, it has long been established that the main part of the population inside the country rests as a savage, bypassing travel companies. We remember travel agencies only when we pack our bags for a holiday abroad. There are a number of objective and subjective reasons for this. First of all, travel companies demand a lot of money for domestic locations. If our fellow citizens go to rest on natural objects, it is mainly with the help of aid companies that do not work officially, all the money goes only into the pocket of one person, bypassing taxes to the treasury. Everyone is happy, including the customer side, because artisanal firms do not break prices. 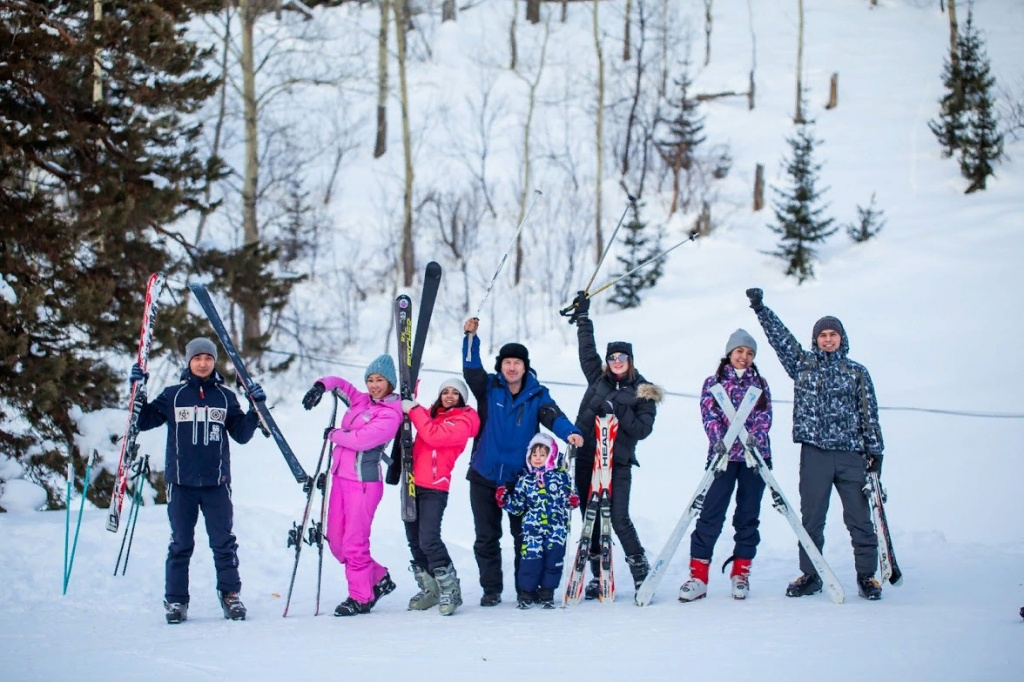 But we were assured by the Kazakhstan Tourism Association (KTA) that “recently, the trust of the population in relation to tour operators has grown significantly. Let not by leaps and bounds, but still there are shifts in this direction and this pleases. And we need to maintain and increase this trend, ” says Rashida Shaikenova, President of the KTA. In her opinion, it is also very important to form the right consumer behavior among tourists. “In most cases, our fellow citizens mistakenly believe that it is comfortable for savages to go on vacation in nature on their own vehicles. But the tourism industry is not just about going out into nature. This is a whole range of services that need to be properly packaged and sold to the consumer. Tour operators are good because they offer new destinations every time, they are engaged in updating and expanding their travel products, ” R. Shaikenova is sure.

By the way, despite the restrictive quarantine measures, the tourist community is already actively preparing for the formation of new tourist destinations for the spring, summer and autumn seasons. This is exactly the time when tourists can get out into the wild as much as possible and enjoy its beauty away from the big cities. 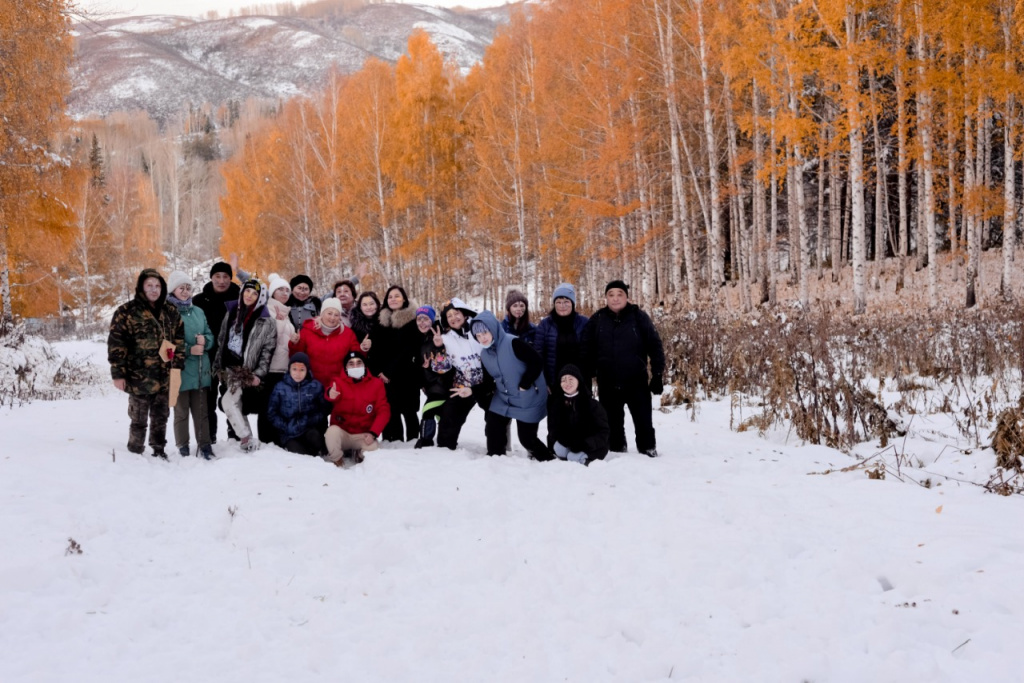 But despite this, the winter season also did not stand aside this year. The East Kazakhstan region demonstrated its powerful winter tourism potential. Tour operators Simbat Ramazanov and Irina Klinovitskaya told about the tourist potential of the region, who shared the possibilities of winter recreation in the East Kazakhstan region, talked about the prospects of recreation in the Semey region, tours, historical and cultural attractions, recreation centers, ski resorts and infrastructures. 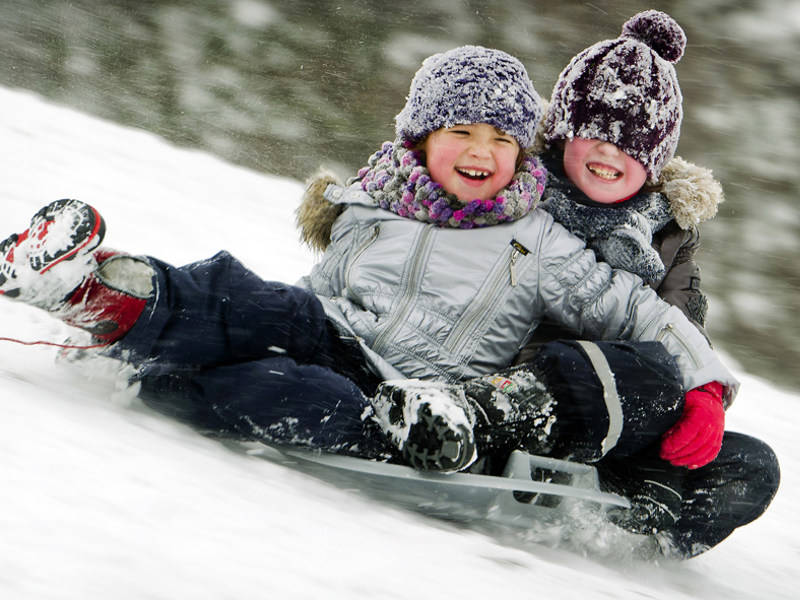 It is no secret that East Kazakhstan is famous not only for the whole of Kazakhstan, but also far beyond the country for its natural beauty, but also for its healing springs. Recreation in East Kazakhstan region attracts everyone not only in summer, but also in winter. Suffice it to say Katon-Karagai region with its “Hot keys”, Zaisan, Ridder Semey Altai Alps, home of the Abaya too, cave Konyr-Aulie, Monastic and Sibin lake Markakol Sabyndykol, Alakol Bukhtarma, Maloulbinskoe and Taininskoe reservoir Berel burial mounds, the burning Hills, Kiin-Kerish and Selcalls. All of them are ready to provide tourists with a number of types of recreation all year round. These are medical, sports, educational, sacred, eco, extreme, gastro, hunting directions. 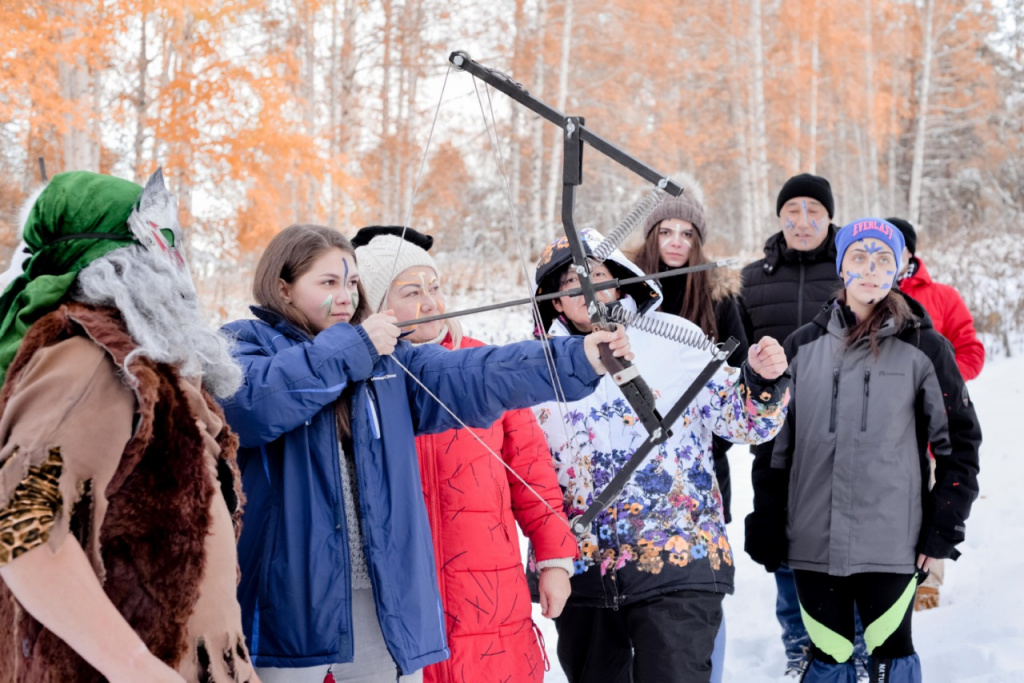 Only Cato with its balneological resorts can attract the attention of many domestic and foreign tourists. Here are holiday and winter ski resorts. Radon water with its optimal composition for the human body trace elements, as well as a complex gas and mineral composition can not only heal a sick person, but also prevent the appearance of new sores. All the baths in the resort locations are located on the thermal springs themselves. That is, all the medicinal water is not diluted or heated. Everything is natural and natural. The temperature range of thermal radon sources ranges from 24 to 41 degrees, which allows patients to choose the necessary individual temperature for treatment, which is comfortable for medical indications and health conditions. 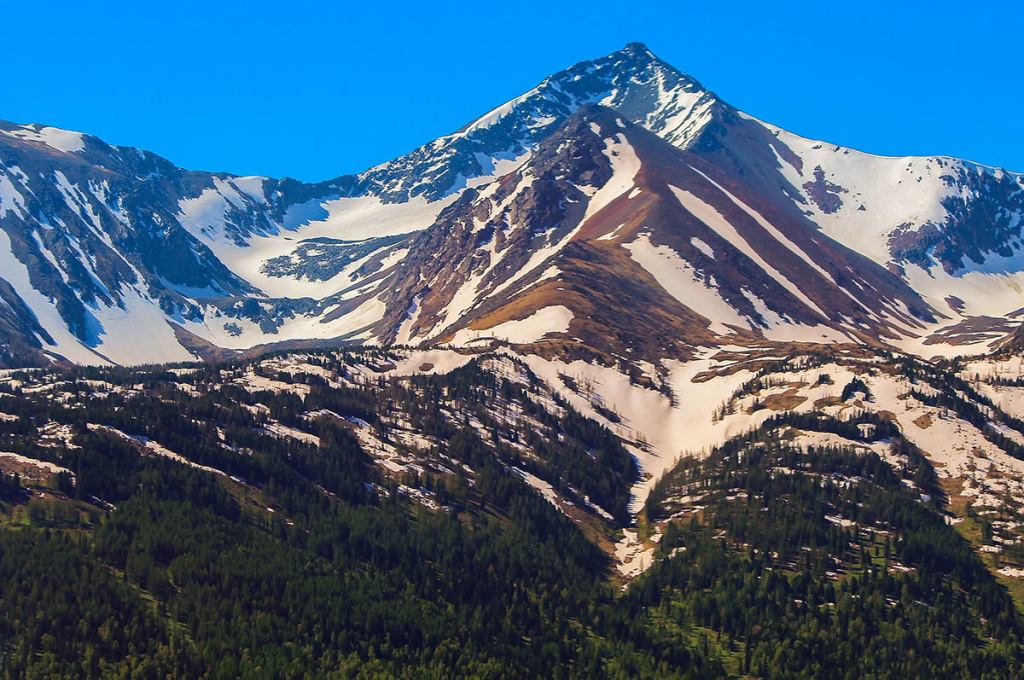 People come here from all over the world in the hope of healing a huge list of their sores. The local waters are indicated primarily for patients with the musculoskeletal system, digestive organs, female genital and endocrine glands, metabolism, skin and subcutaneous tissue, nervous, cardiovascular, endocrine, respiratory and genitourinary systems. Here you can also take antler baths. A wide range of services for mud treatment and salt treatment. By the way, not only local therapeutic mud is used here, but also imported from the Dead Sea, and the mud of the Moyilda spring. In short, everything is treated here, except for what requires surgical intervention. Here, the treatment is comprehensive from all sides. As in the form of baths, taking shower procedures, finishing with drinking radon water and therapeutic massages, underwater spinal traction, physiotherapy and inhalation. 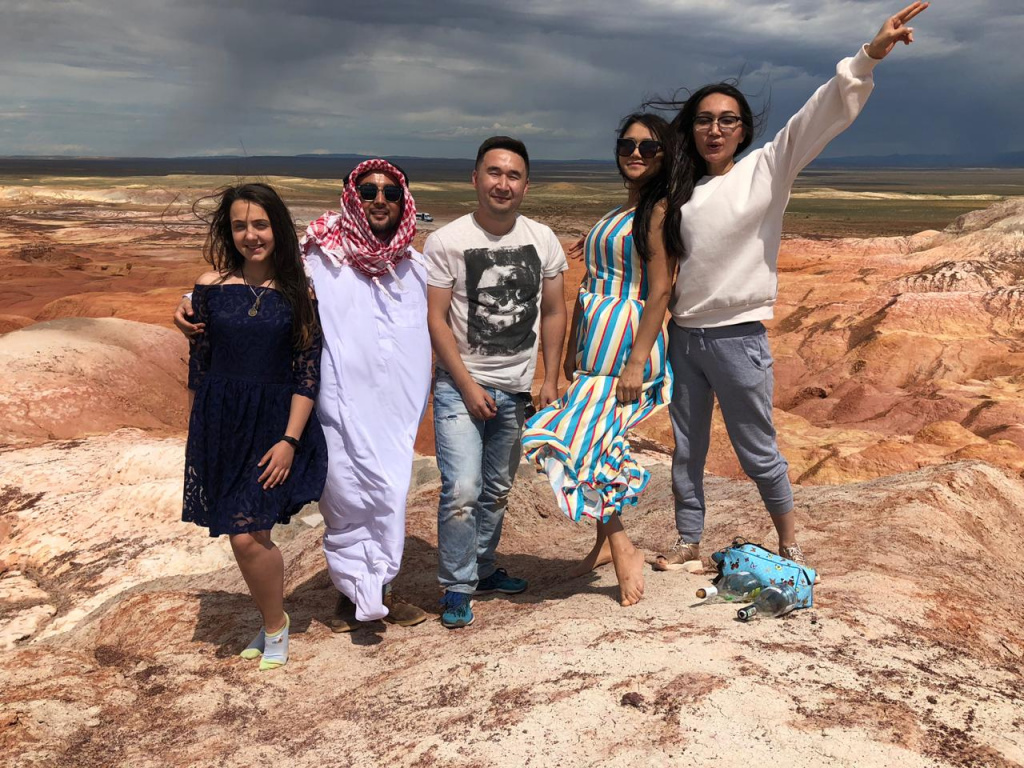 By the way, the Rakhmanov keys are considered the highest, they are located at an altitude of 1760 meters above sea level. It is here that you can observe all the geographical natural zones. It captivates with its mesmerizing beauty. Snow-white mountains of Altai, tall fir trees stretching to the sky, crystal clear lakes, clean mountain air. And all this also benefits your health. By the way, the Rakhmans can also boast of the fact that it is here that the highest mountain mosque and chapel are located, offering an amazing view of the sacred Belukha. After all, many claim that it is at the foot of this mountain that the sacred Shambhala is located, which, you will agree, gives the area mystery and mystery. Vacationers and health-improving guests can also make a number of exciting excursions. This is the Rainbow Pass, the waterfalls “Batyr’s Mustache”, “Veronika’s Hair”, about which many beautiful legends are composed. 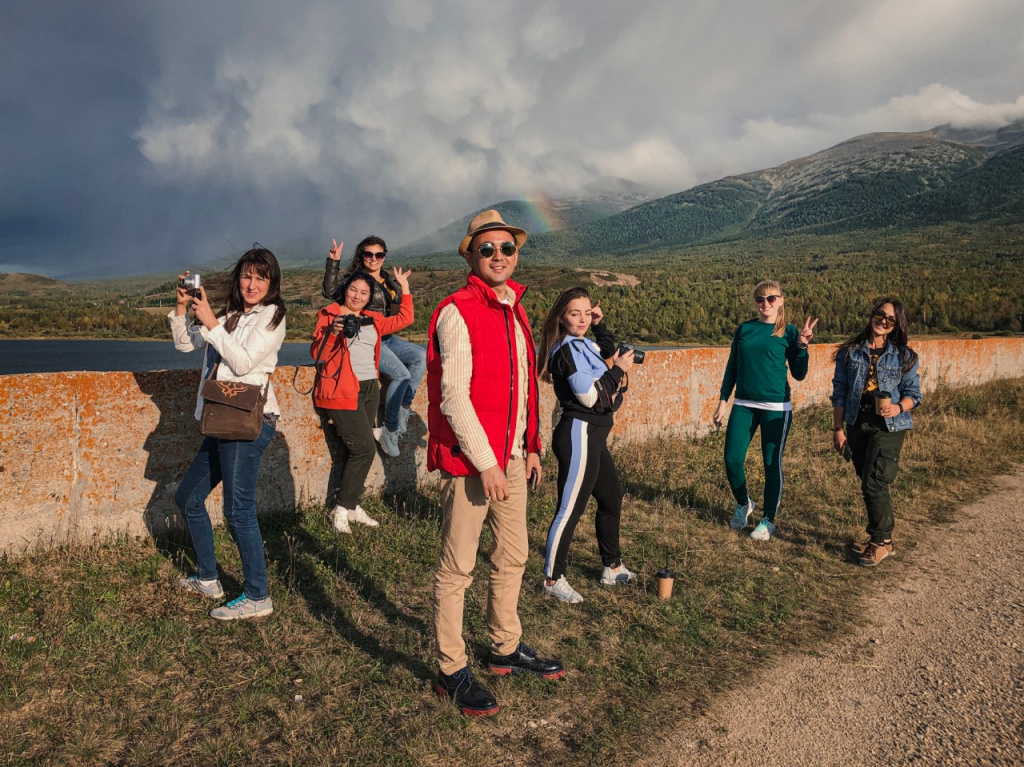 So why from ancient times resorts and sanatoriums of East Kazakhstan region are in great demand among the population… According to experts, all this is not only because of the natural beauty and healing properties of the local places, but also the infrastructure attracts tourists, which is developing every year and becoming only better. This is also an increasing number of paved roads, which plays an important role in determining the place of rest for certain groups of travelers who appreciate not only comfort, but also comfort. 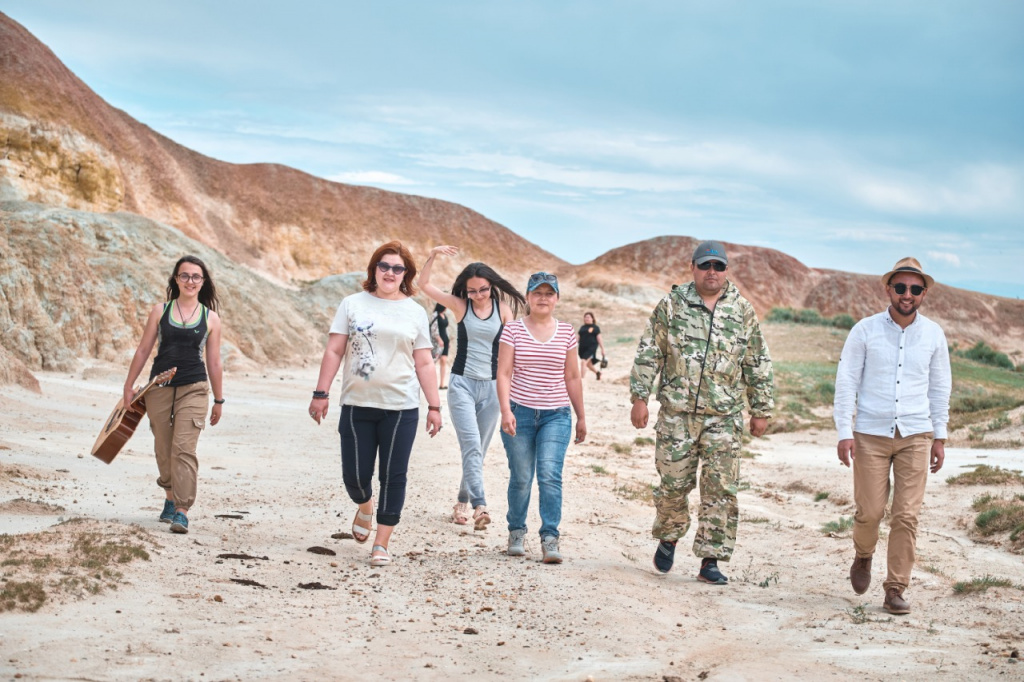 In summer, vacationers in East Kazakhstan region have no time to be bored. Various herbalist festivals, an international artists ‘planer, a bloggers’ meeting, and a folk festival are held here every summer. 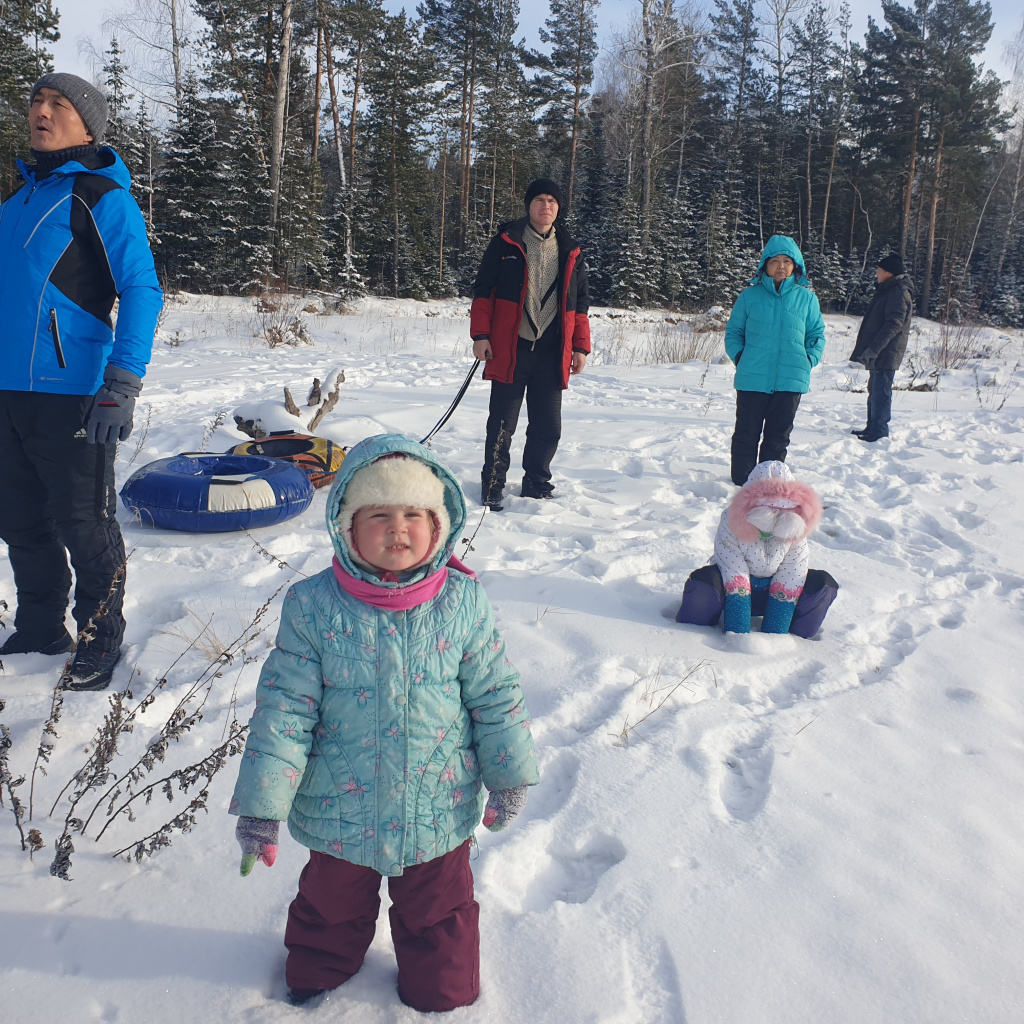 By the way, Eastern Kazakhstan attention a curious tourist willing to offer another, an unusual type of tourism – technotunes. Its essence is that you will have a unique chance to visit the National Nuclear Center of the Republic of Kazakhstan (NNC RK) on the territory of the former Semipatala test site. A separate topic is the city of Kurchatov, where scientists from all over the Soviet Union once lived and worked in strict secrecy and forged a protective shield. The city was so secret that it was considered an object with a pass-through regime, surrounded by barbed wire and was designated on geographical maps of that time only as a dead-end railway station “Terminus”. After the closure of the city by the Decree of the President of Kazakhstan in 1991, was created NNC, with many of its subsidiaries, running on atoms for peace and cooperation of science and business. 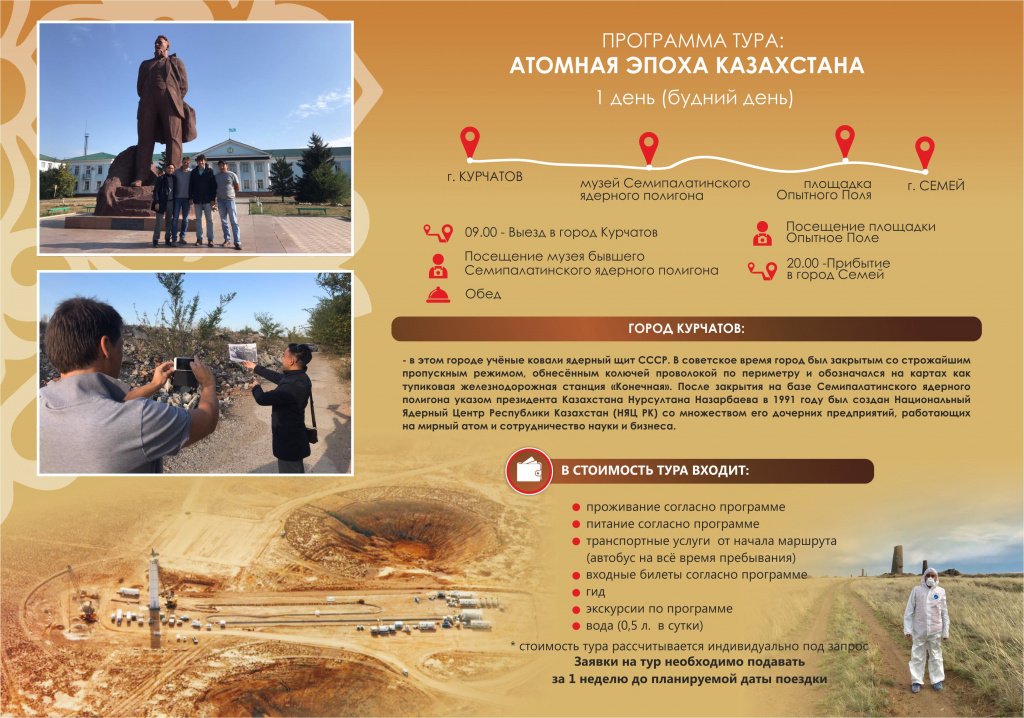 A separate topic is cultural and educational tourism. On the territory of the region, a lot of archaeological sites will appear to the attention of the pretentious traveler, you can visit more than one sacred and sacred place.

The city of Semey, the birthplace of the great Abai, is also worthy of attention. Semey can easily boast of its rich history and great names. As part of a sightseeing tour of the city, you can take a closer look at the Semipalatinsk fortress-the Yamyshev Gate, see the house of the great Russian writer Fyodor Dostoevsky, where he lived and worked. Here, in silence, rests a monument dedicated to the nuclear era-the monument “Stronger than Death”. 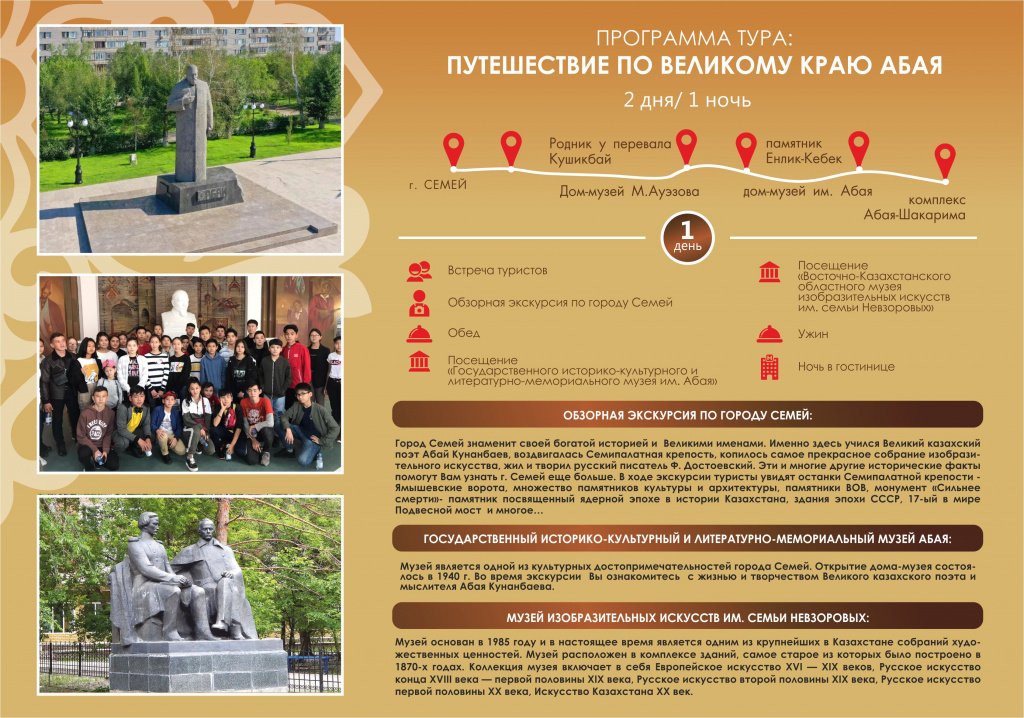 One of the important objects of Semey, which must be visited, is the State Historical, Cultural, Literary and Memorial Museum of Abay, which was built and put into operation back in 1940. The house-Museum is ready to provide a rich material concerning the life and work of the great Kazakh poet and thinker. After visiting the Abay House-Museum in Semey, you should definitely visit Zhidebay, which is located 180 km from the city. At first, the road will run through the steppes, approaching in the south to the low mountains of Shyngystau. It is passing through these places that creates a clear feeling as if you are traveling through the pages of Mukhtar Auezov’s book “The Way of Abai”. 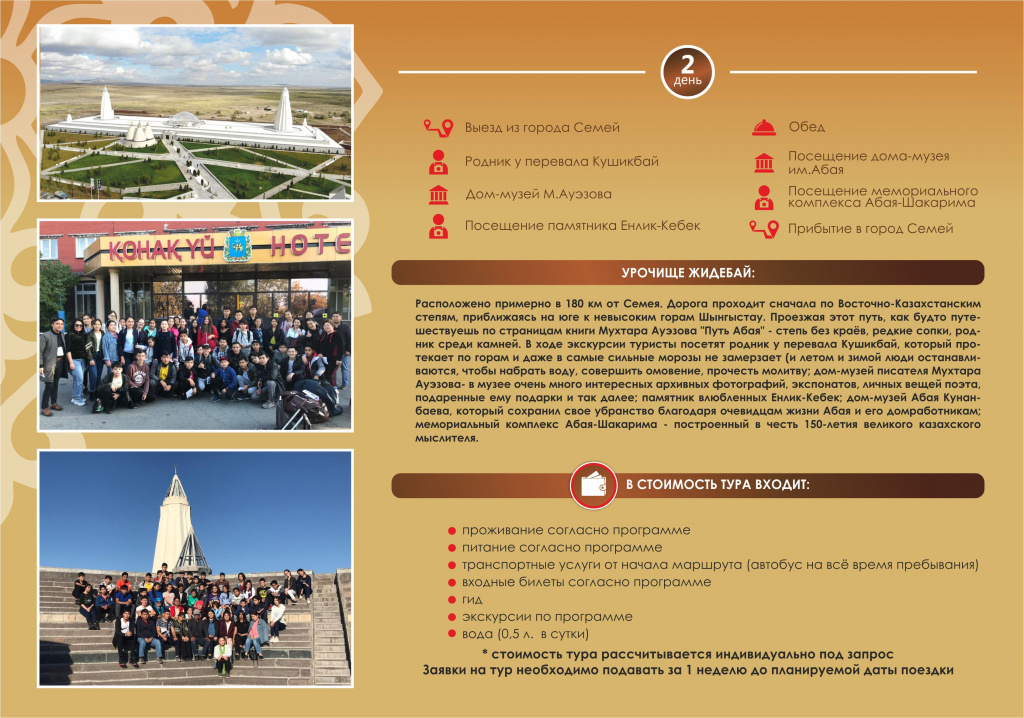 During the entire tour, every tourist will definitely visit the spring at the Kushikbai Pass, which does not freeze even in the most severe frosts. On the way, the writer’s House-Museum appears, where a huge number of archival photos of M. Auezov, exhibits, and personal belongings are concentrated. Here you will witness the love of Enlik and Kebek. Their boundless love is carved in the form of a monument. In a special way, the Abai House-Museum is fascinating, which has preserved its original decoration thanks to the eyewitnesses of Abai’s life and his housekeepers. We should also mention the Abai-Shakarim memorial complex, built in honor of the 150th anniversary of the Kazakh thinker. 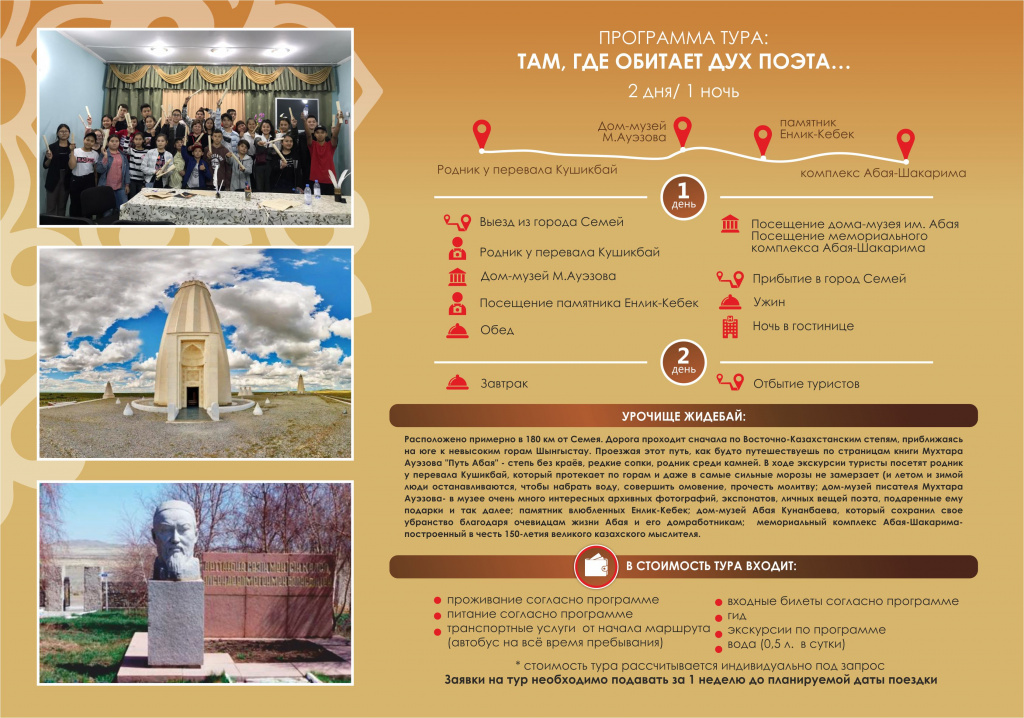 The famous Konyr-aulie cave, which is located along the Semey-Kainar highway on the mountain of Aktas of Cretaceous origin, stands out in these places. In general, there are three of them in Kazakhstan, bearing the same name Konyr-aulie. This cave was first described in scientific language in the early XX century. The entrance here is so narrow that a person can only pass sideways. Going deeper, you will come across a mysterious lake measuring 17-18 meters by 12-15 meters. The depth of the lake reaches up to five meters. Perfectly clean water tastes like lime. It is this cave that has become a place of pilgrimage in our days. After all, there are reasons for this. It is rumored that in ancient times, our ancestors fought with enemy troops, in between battles, it was here that they healed their wounds. It is a strict custom for women to enter the cave strictly with their heads covered. It is also forbidden to smoke, to use obscene language, only with pure thoughts. Our contemporaries also tell about the miraculous powers of the water in the cave, when it helped to cure drug addiction and alcoholism. Especially the lake is favorable to women who can not get pregnant for a long time. 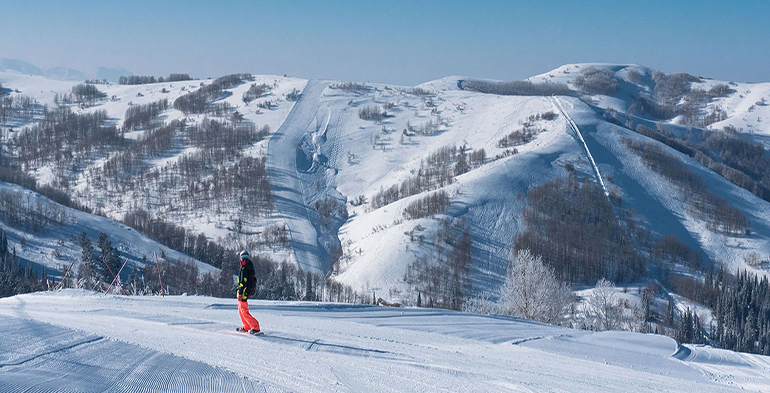 And in the Abay district, the mountains of Shyngystau flaunt. There is a belief that it was on one of the peaks that Timujin (Genghis Khan) was raised on a white koshma and proclaimed khan, after which he received a new name. According to local old-timers, he was also buried somewhere nearby in the local area. 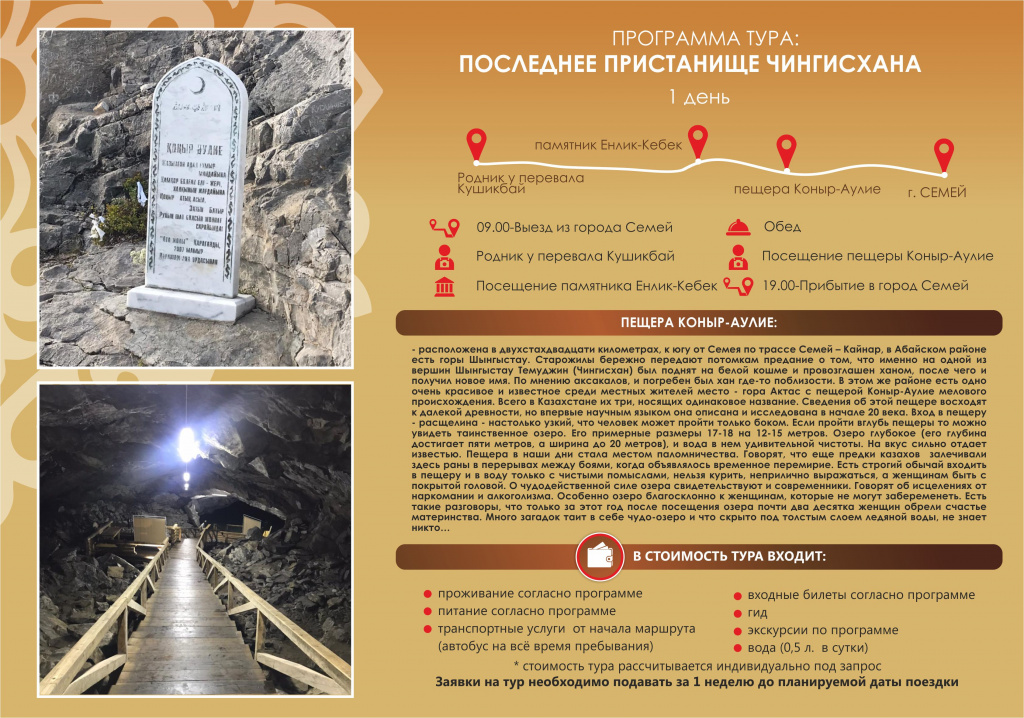 She is such a multifaceted and diverse history, nature fairy Votockova Kazakhstan, which vreemde attracted the attention of the curious and want to relax in the lap of nature as our countrymen and far wandering travelers. And today we invite all of you to visit this wonderful land with us and enjoy the miraculous beauty of East Kazakhstan. 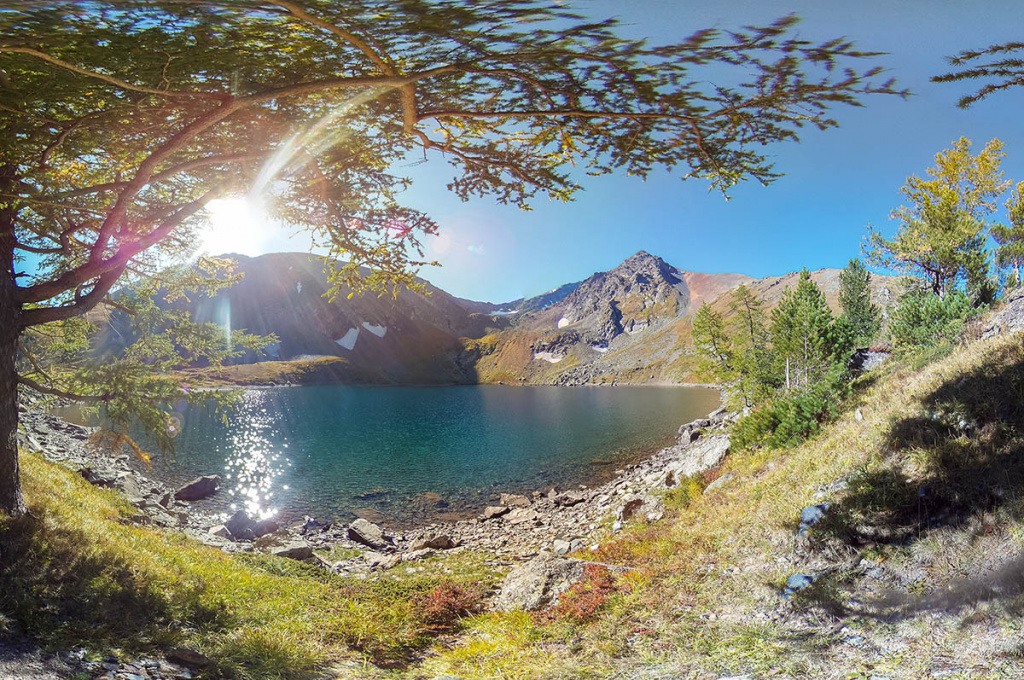