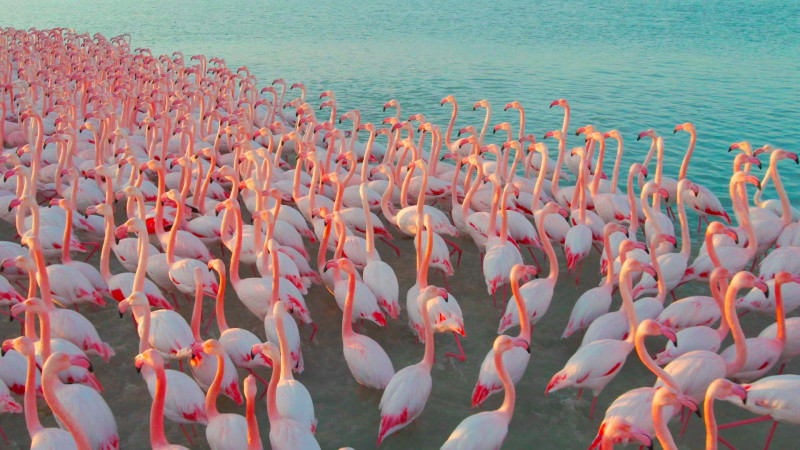 Pink flamingos and swans fly here. Lake Karakol, which made the whole world fall in love with it

At the end of 2020, the attention of local authorities, ecologists, zoologists, tourists and the world community was focused on Lake Karakol. The unique reservoir, which was previously known mainly only to local residents, instantly became the center of discussion in the world’s media. In this article, we will tell you why foreigners fell in love with Karakol.

In some 10 kilometers away from Aktau there is an artificial lake. The once shallow pond has been transformed in 50 years into a land with a rich food supply. Karakol, which means “black lake”, is one of the stops on the way of flights for a number of birds. Some of them are included in the Red Book of Kazakhstan, and the lake itself is included in the Karagiye-Karakol State Zoological Reserve and has the status of a specially protected area. 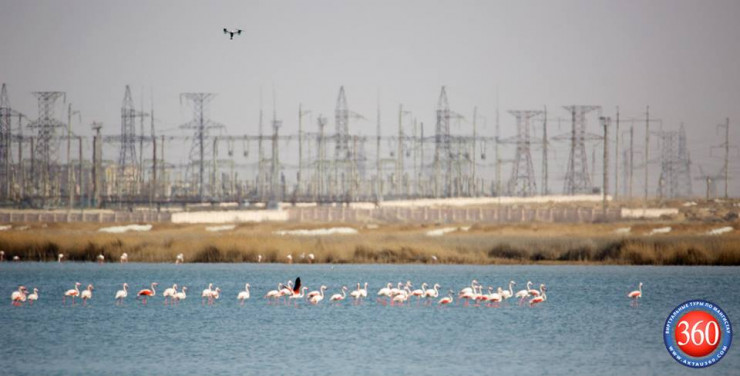 Flamingos on Lake Karakol in the suburbs of Aktau. Photo by Vlad Rotmistrov, Aktau360.com

There is an extremely rich avifauna (avis-bird and fauna-a collection of animals. – Ed. the author). Some compare Karakol with a kind of “motel” for birds. It is home to: sibilant swan, cormorant, perch, heron, duck, gulls, sandpipers and many other birds.

Pink flamingos – the brand of Caracol

The video with pink flamingos on Lake Karakol, which has become incredibly popular around the world, was shot and published on his Facebook page by a local resident – Azamat Sarsenbayev. The video went viral.

In the Mangystau region, in addition to Lake Karakol, flamingos can also be seen on the seal islands. This is a cluster of small islands in the Caspian Sea, geographically belonging to Kazakhstan. According to experts, the number of these birds is declining, but there is no threat of extinction yet.

Also, flocks of swans come to the shore of the Caspian Sea every year. At the same time, the first stop of these graceful birds is Lake Karakol.

It is worth saying a few words about the author of the videos. Azamat Sarsenbayev is a resident of Aktau and a freelance adviser to the mayor of the city. He says of himself that he is “the press secretary for life.” And, as we can see, the man managed to become an unofficial PR manager of Lake Karakol.

Let’s go back to the lake. Karakol is a man-made reservoir and is connected to the sea. The water in it is warmer than the sea, which has contributed to the attraction of a large number of living organisms. The first inhabitants of Karakol were algae, phyto-and zooplankton, then there were crustaceans, fish. The shores and numerous islands are overgrown with reeds. So the shallow reservoir gradually turned into a wetland with a rich food supply. What immediately took advantage of the migratory birds. They come here at least twice a year-in spring and autumn. They stop at Karakol for feeding on fry and crustaceans, as well as for rest before further flight.

Since most of the birds that come to the lake are adults, they are already used to the climate of the region. At the same time, some birds remain to nest on Karakol and further. Mostly young people who do not have a couple.

History of the lake

The artificial lake was created in 1967 on the site of the same-named sora. The reservoir, in fact, is a cooling pond. Thus, the seawater heated after cooling of the power equipment of the heating stations of MAEK-Kazatomprom LLP is drained into it. Then it flows through the discharge channel back to the Caspian Sea. And near the discharge of warm water into Karakol, the reservoir does not freeze completely even in the coldest winters.

The lake is flowing, with a length of about 18 kilometers and a width of up to five kilometers. And its depth rarely exceeds one meter. The total area is 4.5 thousand hectares, on which there are numerous islands, richly overgrown with reeds. This can also have a positive impact on the conditions for the nesting birds.

Since the lake is part of a zoological reserve, hunting on its territory is strictly prohibited, and special regulations are reserved for excursions. However, despite the restrictions, there are problems such as poaching, grazing, and the lack of constant monitoring of wildlife in the reserve. Local authorities and businesses are trying to take measures to preserve the lake-to promote the right attitude to nature, conduct subbotniks and environmental excursions.

This nature reserve of national significance was established in 1986 in the Karakiyansky district of the Mangystau region. It includes the Karagie depression and Lake Karakol. By the way, the Karagiye depression ranks fifth in the list of the lowest points on the planet, immediately after Qattar (in Egypt) – 133 meters, Afar (in Ethiopia) – 153 meters, Turfan depression (in China) – 154 meters and the deepest point of the planet Ghor (in Syria, Jordan and Israel) with a depth of 400 meters.

The area of the reserve is an impressive 1,370 square kilometers, which is comparable to the Faroe Islands. The purpose of the reserve is to preserve the rare species of animals of Karagie and Karakol. On the steep and sloping territory of the reserve there are nine springs. Under the influence of wind and water, the cliffs were divided into separate hills. The reserve is not very rich in plants, but there, in addition to the aforementioned flamingos, live very rare and endangered species of Kazakh fauna: Ustyurt argali, strep, black-bellied grouse, gazelle, dune cat, long-necked hedgehog, Indian porcupine. All these animals are protected and included in the” Red Book ” of Kazakhstan.

The skeleton of a Paleogene dolphin and the teeth of Hutt sharks, whose age, according to the description of this location, belongs to the Hutt stage (and this is 28-23 million years ago), were found on the territory of the Karagiye-Karakol reserve.

“There used to be a Tethys Ocean here, which existed before the Neogene period. These can be Neogene sharks and Cretaceous sharks. We have a large collection of them in our funds, and experts even make up the dentition of one shark. In addition to teeth, we often meet sea urchins, bivalves, ” – said the representative of the local museum.

So the territory of the reserve is a real treasure trove for lovers of archeology and paleontology.

It is especially fresh here in February and early spring. Moving away from the track just a few steps, you can already enjoy the cosmic scenery.

Or arrange a photo shoot against the background of rare landscapes.

And the Mangyshlak Peninsula, where the Karagiye depression is located, is one of the driest regions in the country. Precipitation is rare here. But what is interesting is that this place is a natural generator of rain clouds. In the hot summer months, the heated air, rising from the bottom of the basin to the upper atmosphere, condenses, forming extended rain clouds.

As local legends say, the ancient area also hides many treasures. Some lucky people actually managed to find them. Which is quite likely, since the Great Silk Road passed by these places.

Mangistau archaeologist Andrey Astafyev told about one of the found treasures. So, according to him, in 1915, gold (gold earrings, a mug, a bottle and a gold-encrusted rock crystal) was found in the cave of the Karagiye depression. The archaeologist says that the imperial archaeological commission bought these treasures from the head of the Mangyshlak district, who found the treasure, and transferred them to the Hermitage for storage, where they remain to this day.

In 2018, it was here, in Aktau, that the “Constitution of the Caspian Sea” was signed – a convention on the legal status of the Caspian Sea and its natural attractions. Note that, according to the calculations of German and Dutch researchers, the water level in the Caspian Sea by 2100 will be 9-18 meters lower than it is now, which can cause a number of problems in the ecology, economy and political stability of the region. 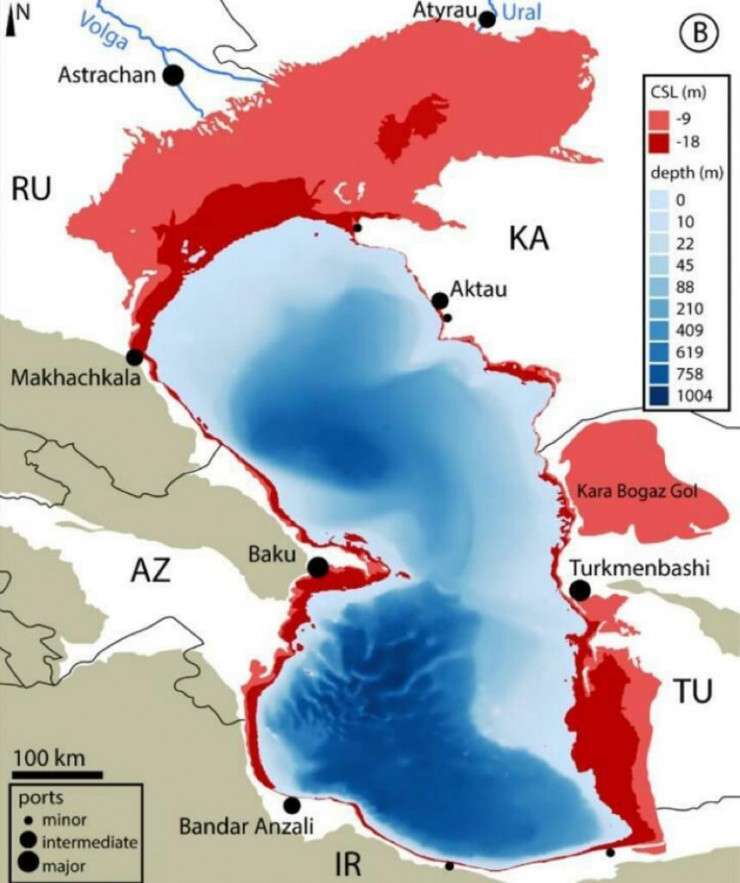 It is noted that the water level began an annual decline of several centimeters since the 1990s. Scientists attribute the drop in water levels to increased evaporation and the loss of sea ice in winter. These processes are associated with a general increase in aridity in the Mediterranean-Central Asian region.

The authors indicate the problems that may worsen due to the fall in the water level: This will affect the unique ecosystems with their migratory birds, the beluga and the endemic Caspian seal, which raises its young on the ice in the north of the Caspian Sea. Draining the shallowest northern part of the basin will lead to the extinction of the seal population.

Lake Karakol is located 10-15 kilometers south-east of the city of Aktau. The exact geographical coordinates, latitude and longitude – 48.7773107, 52.8758281. Note that the visit to the reservoir is regulated, so you need to specify the days of sightseeing trips. The most interesting time of visits is spring and autumn, when the birds arrive.

You can also get to the Karagiye depression on your own, it is located 50 kilometers from Aktau. An off-road vehicle is recommended for driving. The road passes through the village Mangyshlak in the direction of the City and Central Park. At the roundabout after Mangyshlak, you need to turn at the first exit, and after 29 kilometers there will be a turn to the depression. It should be borne in mind that the descent to the bottom is quite steep and rocky. The journey from the city to the hollow will take a little more than an hour. Also, in order to avoid unforeseen events, it is worth taking an experienced guide with you, as the crevices are very dangerous, and you can fall through.

Keep in mind that the Karagiye-Karakol Nature Reserve, including Lake Karakol, is included in the list of specially protected natural areas of national significance. Therefore, before taking photos and videos, it is recommended to familiarize yourself with the standards and measures in the technical passports of each specially protected natural object, or to ask for help from environmental institutions or the Forestry and Wildlife Committee by phone number +7 777 678 5252. 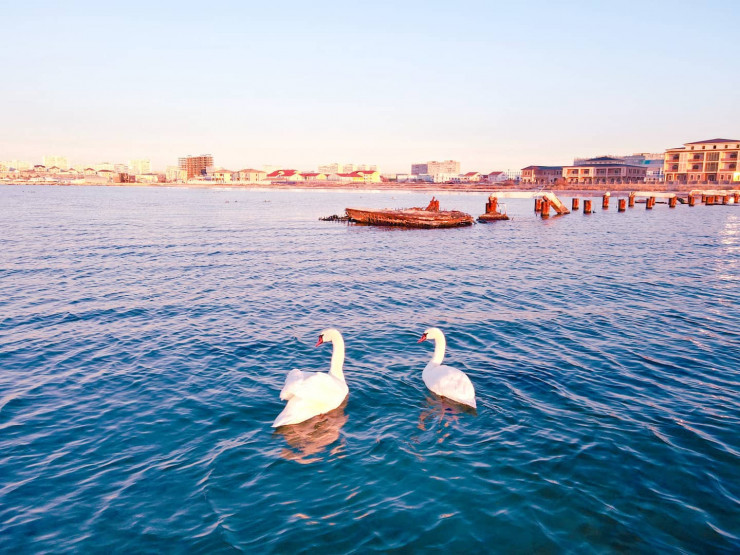 But most importantly, we remind you that traveling is also a responsibility. Let’s treat nature carefully, so that our children have something to learn, and we have something to return to tomorrow. It is in our hands what nature will be “after”.