“I haven’t sunned like this in Egypt.” Everything you need to know about the Karakol ski Resort”

The Karakol ski resort has long been a popular holiday destination not only for residents of Kyrgyzstan, but also for Kazakhstanis. Today we will tell you about a place where you can not only enjoy winter sports, but also get a tan.

The base is located at an altitude of 2,300 meters above sea level, on the slopes of the Tien Shan, among the majestic coniferous forests and mountain landscapes.

The mild climate, due to the influence of the ice-free high-altitude lake Issyk-Kul, will allow you to get maximum pleasure from skiing. The average daily temperature here is only -5 degrees, and there are as many as 76 sunny days in winter.

“The weather in Karakol was beautiful. At night -5, during the day near zero and bright sun. On the first day, I was too sunburned in this sun. They were looking for sunscreen. I have never sunned in Egypt as much as here, ” one of the visitors praises the resort.

If the thickness of the snow cover is not enough, connect special guns that literally create snow.

The principle of operation of snow generators is quite simple: snow is made from water, for this purpose, clean water under high pressure is allowed through hoses into the unit, which has a two-level filter and a system of micro-injectors. A powerful fan lifts the entire stream of water high above the ground. Here, the water droplets freeze and become snow crystals. 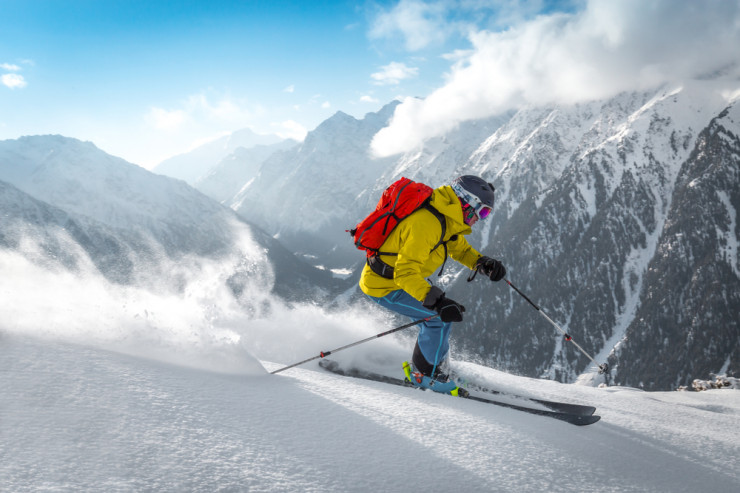 In the Soviet years, Karakol served as a place of training and preparation for the Olympic Games. And in 2004, the base experienced a revival, and after a major modernization, the resort became a popular place for active recreation, where families come even from far abroad.

Summer base “Karakol” offers a variety of services: riding on off-road vehicles, horseback riding, Hiking and trekking, mountaineering expeditions. Tourists come here for the sake of unity with nature: walking through the cool coniferous forest, picking mushrooms and fishing on the lake. 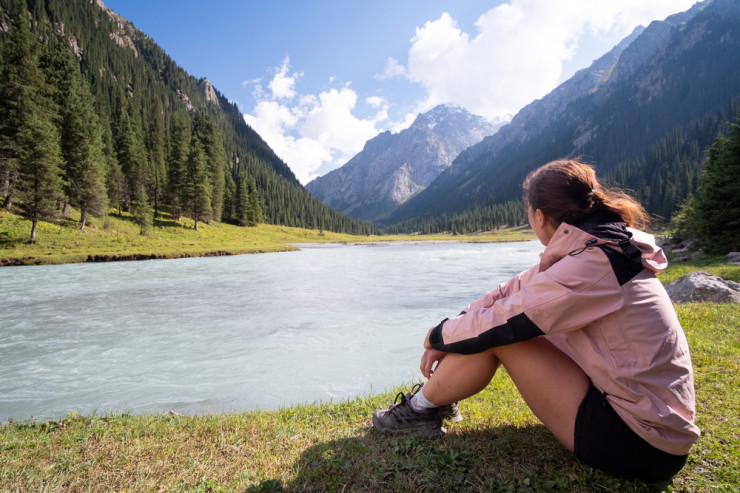 By the way, the ski resort “Karakol” is located near the city of the same name with a rich history.

History of the city of Karakol

Karakol is the capital of the Issyk-Kul region of Kyrgyzstan and the largest city on the shores of the lake (about 67 thousand inhabitants, the fourth largest in the country). The city is located near the eastern shore of Issyk-Kul. It was founded by Staff Captain Kaulbars in 1869, shortly after Kyrgyzstan became part of the Russian Empire, as a military-administrative center on the caravan road between the Chu River Valley and Kashgaria, a historical region in eastern China (about 150 kilometers from the Kyrgyz-Chinese border and 380 kilometers from the capital Bishkek).

The site for the future city was chosen by the expedition of Alexander Kaulbars on the advice of the indigenous people and after familiarizing themselves with the geographical conditions. In the same year, 1869, the main city streets, squares, Gostiny Dvor and barracks were already laid out. In the late 1869-early 1870s, there were 12 private houses and 50 shops in the village. 20 years later, on March 7, 1889, the city was named after the great Russian traveler, explorer of Central Asia Nikolai Mikhailovich Przhevalsky, who died in this city and was buried on the high bank of Issyk-Kul. In 1991, the city of Przhevalsk was renamed the city of Karakol. The old buildings of the beginning of the XX century have been preserved in the city. Some of them are tourist attractions. 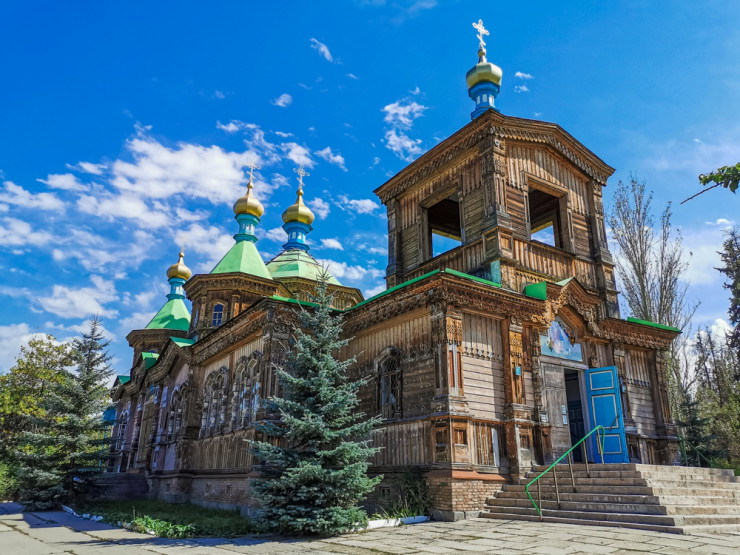 What is on the territory of the resort

But back to the ski base. On its territory there are three hotel buildings, houses-chalets, a cafe, a restaurant. You can hire an instructor to teach skiing and snowboarding. Four chairlifts, two double and two triple, take you to the top of the slopes. 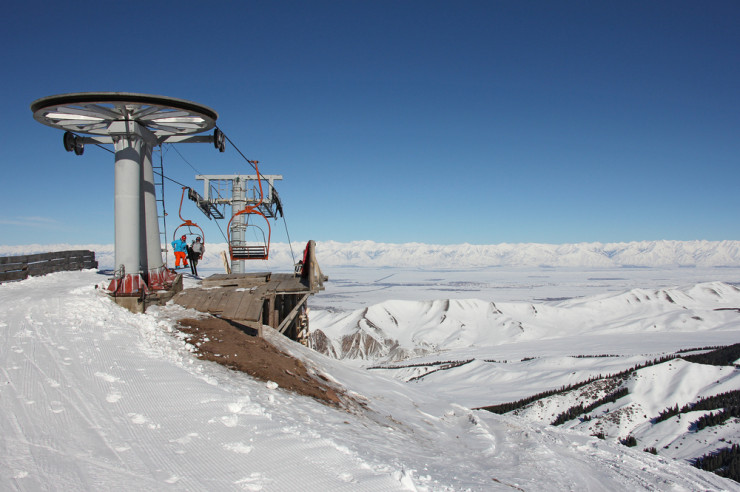 Interestingly, the ski base has three surveillance cameras that broadcast online several angles: a school lift, a cafe on the slope and a panoramic view of Karakol. The online broadcast allows you to see the amount of snow and people in the resort. It also shows the current weather on the base.

The highest point from which you can slide is 3,040 meters. And the highest accessible point to visit is 3,450 meters. They take you there on snowmobiles. From the peaks there are panoramic views of the mountain peaks: Przhevalsky, Dzhigit and Karakol, as well as Lake Issyk-Kul. Those who do not snowboard or ski can take a snowmobile ride through the forest.

At the base, a skating rink is being prepared for the winter season, where you can rent skates. There is also a special slope for sledding. 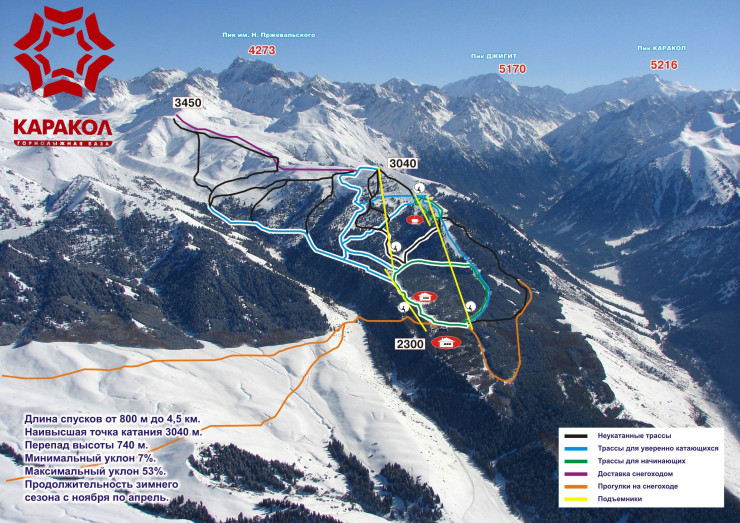 The distance to the city of Bishkek is 400 kilometers, to the nearest railway station Balykchi-220 kilometers by road and by water – 184 kilometers.

By plane, you can fly to Bishkek airport, from there go to the city of Karakol. You can do this by car: the distance of 400 kilometers can be overcome in 5-6 hours-follow the A-365 and A-363 highways. The route will run along the Boomsky gorge and the high-mountain lake Issyk-Kul. In Karakol, go along Fuchika Street to the barrier. It is necessary to be ready to pay for the entrance to the territory of the nature reserve, within the borders of which the ski base “Karakol” is located.

By public transport: buses run daily from Bishkek’s western Bus Station (evening and night routes only) and minibuses to Karakol (departure as full during the day). From there, it will be seven kilometers to the base.

Before you go to conquer the snowy slopes, first study the track, possible obstacles and consult with the instructor on the choice of equipment. Also keep in mind that some tracks are designed for professionals. It is strictly not recommended to ride them for beginners and children.