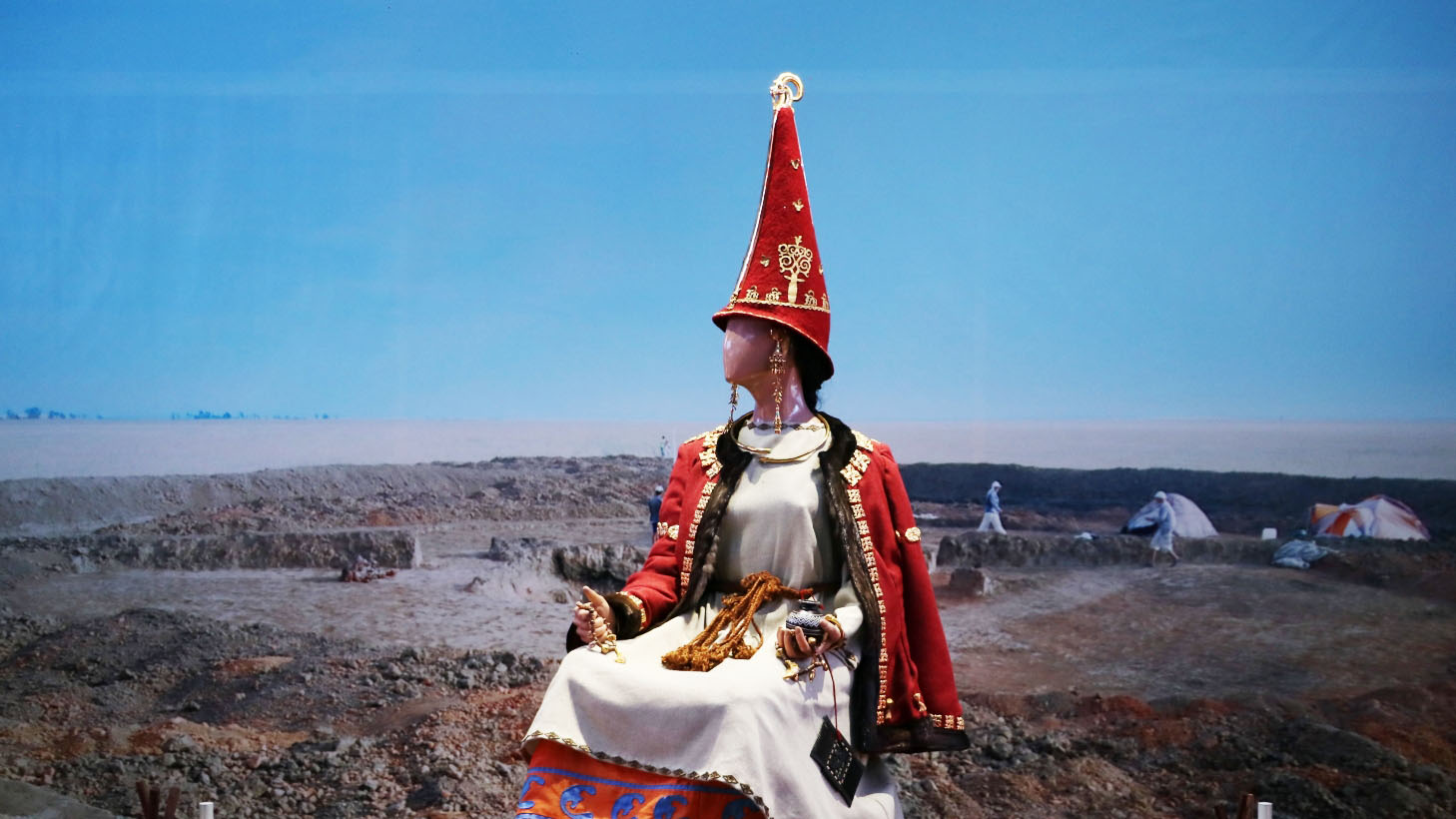 In 2017, the project “100 national sacred places of Kazakhstan”was presented in the Republic. On behalf of the President of the country, a so-called map of sacred places was compiled, which in the future should become points of attraction for domestic and foreign tourists. From the West Kazakhstan region, six objects were included in the map of shrines: the complex of Taksai mounds, the settlement “Zhaiyk”, the historical and Museum complex” Bokey Ordasy”, the graves of Zhumagazy-Hazret, Gumar Karash, and the Museum of Alash-Orda in the village of Zhympity. In this article, we have made an overview of the sacred places of the region, which can serve as an excellent guide if you decide to go on a tour of the Western region of our country.

For history lovers, this object is a real find. The medieval settlement of Zhaiyk is the historical predecessor of the city of Uralsk. At one time, the city was the most important administrative, military and commercial center on the steppe section of the silk road, which is documented by scientists. According to archaeologists, the city flourished in the XIII-XV centuries. It is located about 12 kilometers from the regional center of West Kazakhstan region. 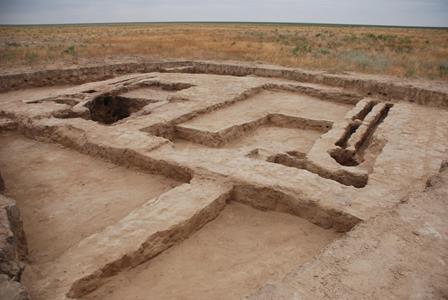 In the photo: excavations of an ancient settlement.

Zhaiyk was opened in the early 2000s and since then has been the main and most famous historical and cultural heritage of the region. The settlement is spread over an area of seven hectares, it includes residential buildings (multi-room dwellings), as well as objects intended for economic, industrial (workshops, furnaces), and public needs. Square burnt bricks were used in the construction of the city’s buildings, and glazed ceramic tiles with ornaments were used as cladding. Moreover, all construction materials were created nearby, in the workshops of the city. Particularly noteworthy is the medieval Hammam or bathhouse. It is noteworthy that this place of public use was located in the Central part of the settlement. In addition, a kilometer away from the city there was an ancient burial or necropolis with large mausoleums and ritual burials.

The ancient settlement of Zhaiyk allows you to review the history of the appearance of the city of Uralsk. In fact, Zhaiyk is a proto-city, which is the progenitor of modern Uralsk. And this is evidenced by the artifacts found here.

The complex of Taksai mounds is located near the village of Dolinnoye in the territory of Terektinsky district. In the course of excavations carried out by archaeologists of the region was discovered five burial complexes. According to the researchers of antiquity, they first encountered such a find, so representatives of the scientific community of Germany, Japan and Russia were involved in the study. 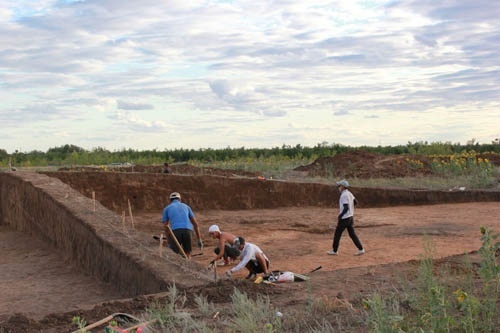 In the photo: archaeologists during the excavation of the mound.

The first Taksai complex includes 6 earth mounds. In the other two mounds, tombs of Sarmatian warriors Dating from the second and fourth centuries ad were found. In the sixth complex, a very rare and curious burial site was excavated. Thanks to a thorough examination of the remains and decoration of the tomb, archaeologists came to the conclusion that a very influential woman-a priestess of the nomadic Sarmatian people-was buried here. Scientists gave her the name of Altyn Hahayim, which means Golden Princess and this name is justified. In the burial of the woman, many gold ornaments were found, which apparently covered the Princess’s vestments. Despite the fact that the fabric is almost not preserved, archaeologists managed to recreate the approximate type of clothing in which the taksai Princess was buried.

It is noteworthy that the Princess’s jewelry was made by a wide variety of jewelry methods, and in very high quality, and they also carried an individual semantic load. The clothing of the taksai priestess consisted of a headdress in the shape of a cone, with gold ornaments of animals applied to it, various pendants, plaques symbolizing the Sun, fertility and wealth, as well as other gold ornaments with images of predators.

In the photo: the restored attire of the taksai Princess.

Then scientists of the center of history and archeology of the region noted that the pointed cap of the Princess is the first such element that was found both in Kazakhstan and in the world. And the presence of the Scythians and Sakas tigrahauda pointed hats now have real confirmation. Scientists stressed that this find will become not only Kazakhstan’s, but also the world’s historical and cultural heritage.

It is worth noting that last year the patrons of the region built a mausoleum in honor of the taksai Princess. Now everyone can visit him and see how it looked Altyn Hahayim.

Seventy kilometers from Uralsk there is a cemetery that every resident of the region knows, in this place Saint Zhumagazy Hazret was buried. People called him Dadem ATA, by which name he was known among Muslims. They say that the prayers read here and addressed to the Holy elder will definitely be heard. There are legends about the healing abilities of Dadem ATA. Not far from the grave is a spring, the water of which, as the locals say, has healing properties. Therefore, it is not uncommon to see travelers collecting water here. 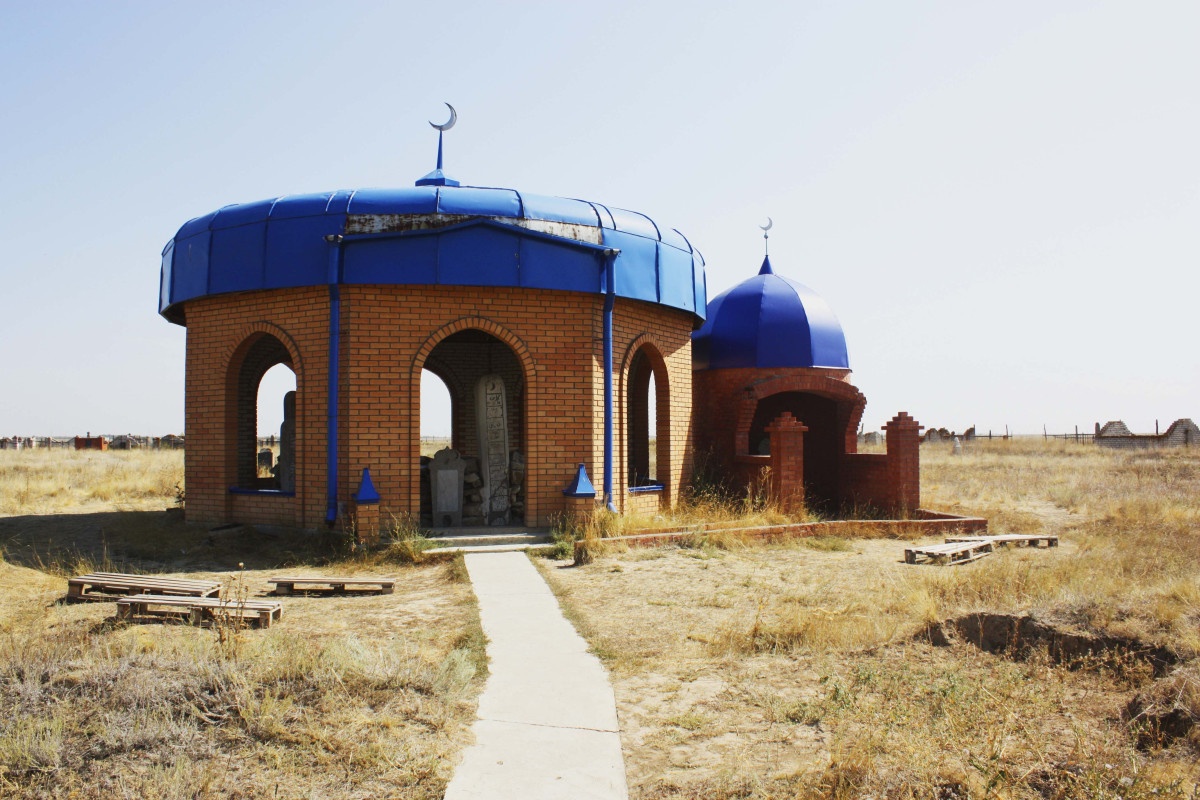 On the photo: the Shrine of Hazrat Jumagazy of.

There is little information about Zhumagazy Hazret, it is known that he was born in the late 18th century and was from the “Tama” family, and also studied in Turkestan, in the Yassawi mosque. At the same time, the works of the Holy elder have not reached our days. Every day, hundreds of pilgrims visit the cemetery of Zhumagazy Hazret, and not only Muslims, most often people ask the Holy health for themselves, their relatives and friends.

Gumar Karash, a legendary Kazakh poet, philosopher, master of folklore, public figure, publicist, was a supporter of the political views of the alashordin people. Gumar Karash was born in the West Kazakhstan region in Zhanybek district. The poet’s grave is located on the territory of Zhanybek district, in Talovsky rural district. 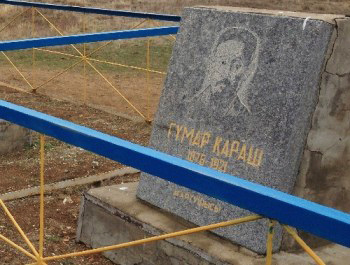 In the photo: the grave of Gumar Karash.

He received his first spiritual education in an aul madrasa, and later studied in Ufa and Turkey. Subsequently, he became a member of the Spiritual Assembly of Muslims of the Russian Empire. Gumar Karash was one of the founders of such important Kazakh periodicals as the newspaper “Kazakhstan” and “Uran”. He published his critical articles in the magazine “Shora”, the newspaper” Kazak”, and many other authoritative publications of that time. In addition, he worked as a teacher in his village for a long time. Gumar Karash is also the author of two large collections of samples of Kazakh folklore, which were published in the newspaper “Kazakhstan”. In the photo: Gumar Karash.

In 1921, Gumar Karash was killed by bandits. Before Kazakhstan gained independence, the Soviet government declared him one of the leaders of the Alash-Orda party, as a result of which the study of the works and creativity of the poet in the USSR was strictly prohibited. After 1991, the rich heritage of Gumar Karash was returned to the Kazakh people. And today his name is one of the schools of the region, as well as a street in Uralsk.

The Museum complex “the Bokey Horde»

The Museum complex begins its history back in 1962. At first it was called the Urda historical and revolutionary Museum, and a few years later it was given the status of a state Museum. In its modern history, namely in the early 2000s, the territory of the Museum was significantly increased, and it became known as the Bokey-Ordinsky historical and Museum complex. The complex includes several buildings that, in fact, are independent museums, but at the same time complementary to each other. The complex consists of: the Museum of the history of the first school of Kazakhstan, the Museum of the history of the bukeev Horde, the Khan’s Armory and mosque, as well as the Museum of Independence.

On the basis of archival documents and photographs, local historians have recreated the buildings of that time. Living room, dining room, pedagogical school building, part of the Palace of Khan Zhangir and other objects. For example, in the Khan’s Armory, all the exhibits have real value and are the creations of master jewelers and gunsmiths. Here you can see knives, blades, harness, armor, as well as furniture and dishes of the 19th century.

Today, the museums of the complex are popular not only with Kazakh tourists, but also with foreign ones.

In the administrative center of the syrymsky district, the village of Zhympity, there is a Museum-headquarters of the Alash-Orda. The village is located about 135 kilometers from the city of Uralsk. It was here that the Western branch of Alash-Orda was formed in 1918, headed by Khalel Dosmukhamedov. The Museum recreates the atmosphere of that period in detail. 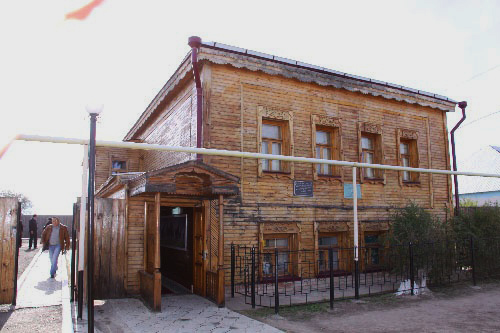 Photos, furniture, documents, and even the interrogation room are like a time machine that takes visitors back a century. Also in the village is the Alash Park, on the territory of which there is a memorial to the figures of the Alash-Orda movement.

Information taken from the site EL.KZ.