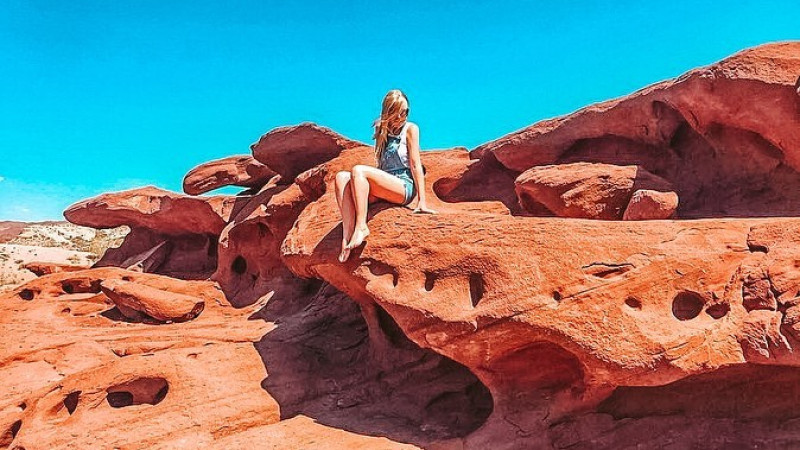 “Like giant corals at the bottom of the ocean.” Why tourists go to touch the Katutau mountains

Halfway between the cities of Saryozek and Khorgos in the Almaty region is a unique attraction – the Katutau mountains. They surprise with their variety of shapes and beautiful views. In this article, we will tell you why these places are so attractive to tourists.

The Katutau mountains are located in the Kerbulak district of Almaty region. They are part of the Altyn-Emel nature Park. Katutau means “harsh mountains”in Kazakh. They are low, reaching a mark of only 1,720 meters. These unusual formations of bizarre shape appeared in ancient times, formed as a result of active volcanic activity. According to experts, there were once two paleovolcanoes in the Eastern and Western parts of Katutau. The rocks that make up the mountains are lava, tuff rocks, rhyolites, ANDESITES, dacites, diabases, and basalts. Millennia of wind and water erosion have shaped them into unusual shapes. 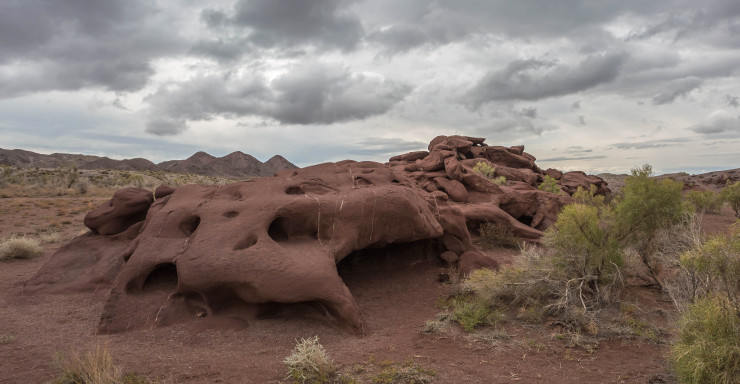 Here you can find not only formations of lava and volcanic rock, but also many dikes – so-called cracks formed as a result of an earthquake or volcanic eruption and filled with magma. Their length reaches eight kilometers. 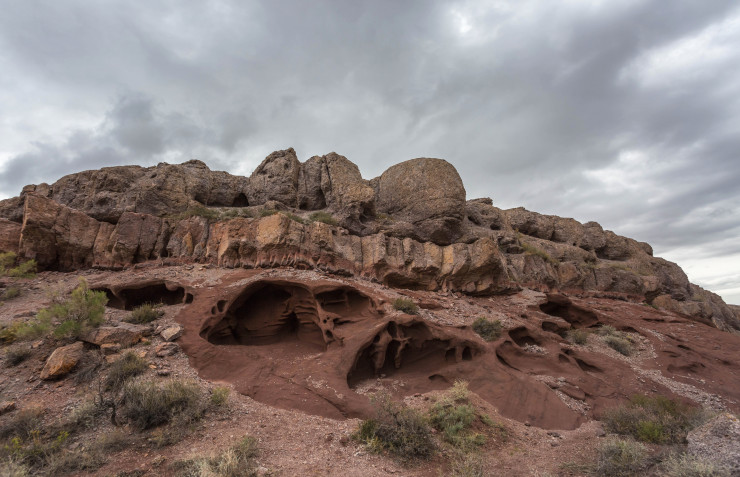 in Addition, it is important to know that this place was once the ancient Tethys ocean, after which there were landscapes washed by its waters, which took an unusual shape. 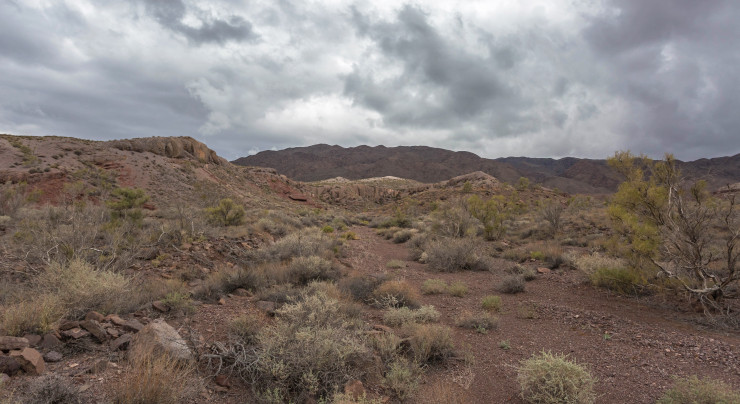 Local “buildings” take the most bizarre forms. Some look like predatory animals, others like huge beds for giants, and others resemble people in their shape. 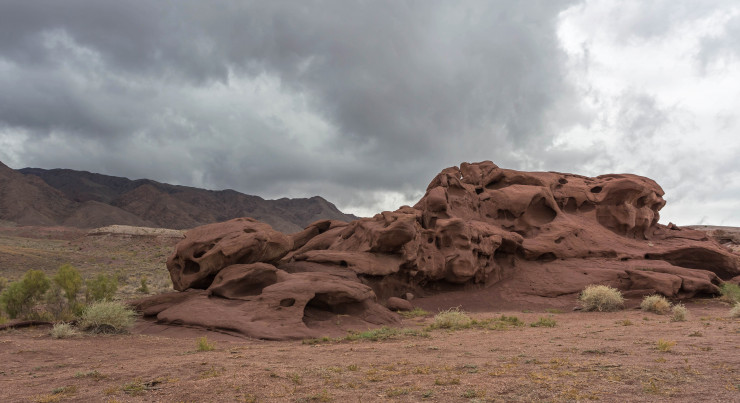 Nature for thousands of years, stroke by stroke, cut the local rocks. The result is absolutely fantastic views. 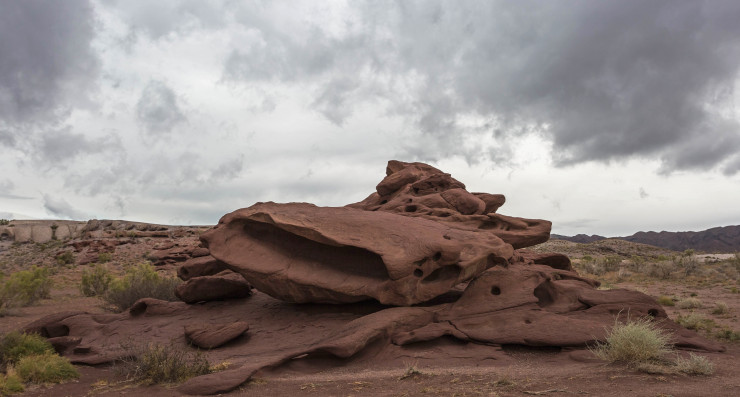 There is no point in going here for beautiful natural views. The climate here is harsh, and these places sometimes seem lifeless. But sometimes you can find lizards here. 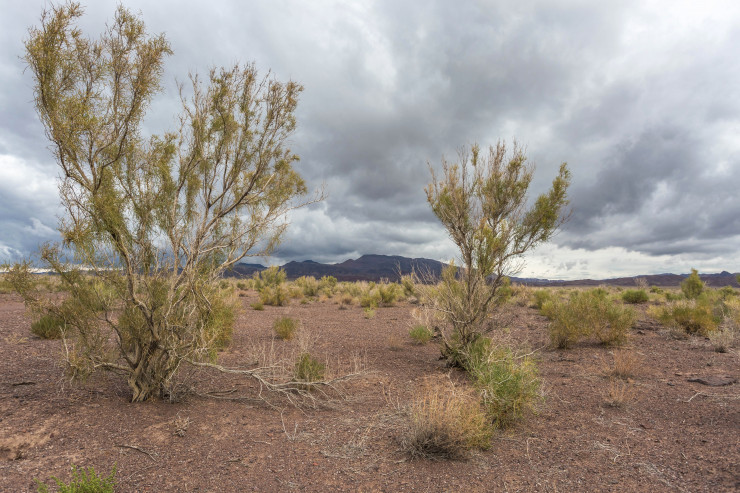 However, they come here for something else entirely. Visitors like to take unusual pictures in these places.

They get shots of incredible beauty. These places are compared by Netizens to Mars.

“It’s like walking on a big coral in the middle of a dry ocean,” writes Alina Ismailova, an Almaty woman who visited these places. 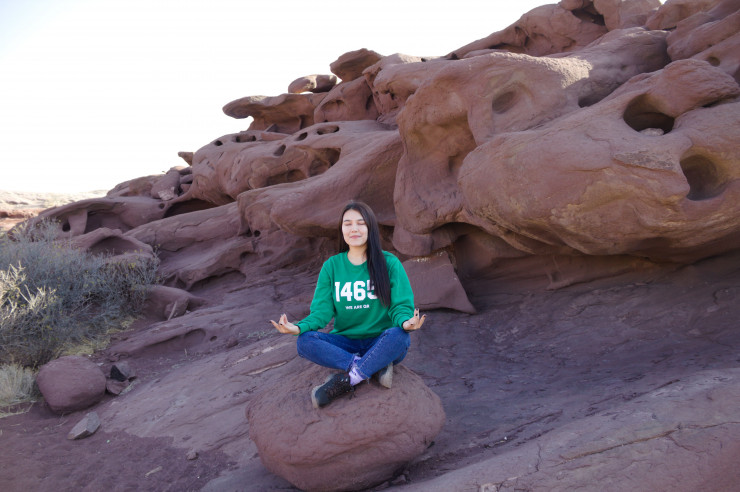 The unusual appearance of some volcanic formations becomes the subject of jokes.

“Don’t drive past. It is necessary to stop, stroke, touch, RUB, hug, which is exactly what we were doing. It’s all about money, luck, happiness, family, and so on… Every year we stroke and are happy, ” jokes another visitor to the Katutau mountains.

Not so long ago, the largest volcano on Earth was considered to be the Mauna Loa volcano (translated from Hawaiian-“long mountains”), located on the Big island of Hawaii. However, the latest study of the ocean floor along the underwater leeward chain of Hawaiian volcanoes and chemical analysis of rock samples in the collection of the University of Hawaii revealed a new “king”. It turned out to be the Puhahonu volcano (“turtle that POPs up to breathe”). It is estimated to be between 12.5 and 14.1 million years old. It rises above sea level at an altitude of 4,500 meters. The temperature of magma inside the volcano, as calculated by scientists, is 1,703 degrees Celsius. The volcano is located on the territory of the Papahanaumokuakea national marine monument (USA).

Altyn-Emel national Park was established in 1996. Its area is 307 653 hectares. The landscape of the area is diverse, including deserts, semi-deserts, mountainous terrain, and the Ili river. There is a legend that Genghis Khan gave the name to these places. when he saw the mountains at sunset, he exclaimed: “Golden saddle!” Since then, this area has been called “Altyn-Emel”. One of the routes of the great silk road took place on the territory of the modern Park. In 2017, the Altyn-Emel national Park was awarded the international status of a UNESCO biosphere reserve. According to Kazakh Tourism, the national Park has entered the top 15 destinations of interest to tourists.

In addition to Katutau, you can admire the beauty of the Aktau mountains. Local peaks have colors ranging from green and red to mottled and white.

There is also a singing dune Akkum-Kalkan. This is a sand dune with a height of almost 150 meters, and a length of three kilometers. Around the dune is a stony desert, overgrown with saxaul and small shrubs. There is one legend that tells that Genghis Khan and his loyal soldiers are buried under the Sands of the dune. And dune emits a singing sound, when the soul of Khan “tells children the story of their exploits.”

The multi-colored mountains of Aktau and Katutau, as well as the” singing “Akkum-Kalkan dune can be called the most” photogenic ” places in the national Park. Visitors take pictures against the background of chalk mountains as if on Martian soil,or climbing a dune. They often shoot video clips, conduct professional photo shoots and shoot films.

The Katutau mountains are located in the Kerbulak district of Almaty region. You can get to them from Almaty. To do this, go along the Almaty – Taldykorgan highway to the city of Saryozek. At the exit from the city, turn onto the highway leading to Zharkent. After that, we head to the village of Basshi. Here we pay a fee of 800 tenge per person and 200 tenge per car to visit the Park “Altyn-Emel”. The next point on the route will be a 700-year-old tree on the Kosbastau cordon, which is located along the way, about 30 kilometers away.

After that, you can visit the Katutau mountains, which are located halfway to the Aktau mountains. By the way, guides offer to visit these mountains first, but you can act at your own discretion.