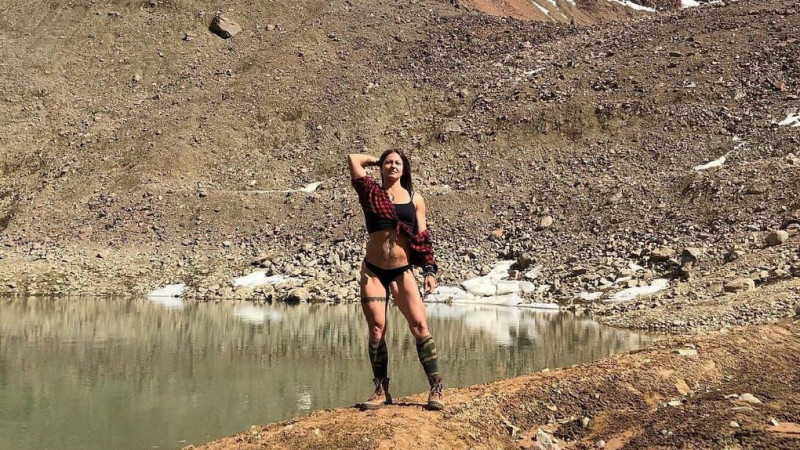 “I saw them and froze in place.” Fascinating moraine lakes of Almaty

A moraine lake is a body of water formed by the movement of a glacier. It is a depression that is extremely unstable and dangerous – at any moment the water accumulated as a result of melting can fall down. However, the incredible beauty of these lakes attracts fans of extreme recreation, despite their danger. How to enjoy the beautiful views and stay alive.

The peculiarity of moraine lakes is that they can appear and disappear at any time and in a variety of places. Experts divide them into seasonal and stationary categories. If the first appear and disappear, then the second volume of water remains for a long time. In total, there are about 45 such reservoirs in the Almaty region. 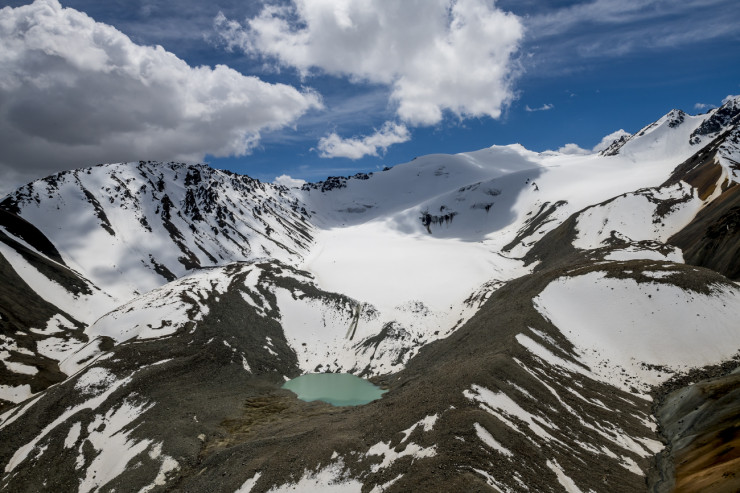 Moraine lakes are ideal for such type of tourism as Hiking (overcoming a group of routes on a slightly rough terrain). Due to low temperatures at night and icy water, recreation on moraine lakes is extreme and not suitable for everyone. According to the war correspondent Grigory Bedenko, who is familiar with these places firsthand, mostly mountain tourists and professional climbers get to the moraine lakes. 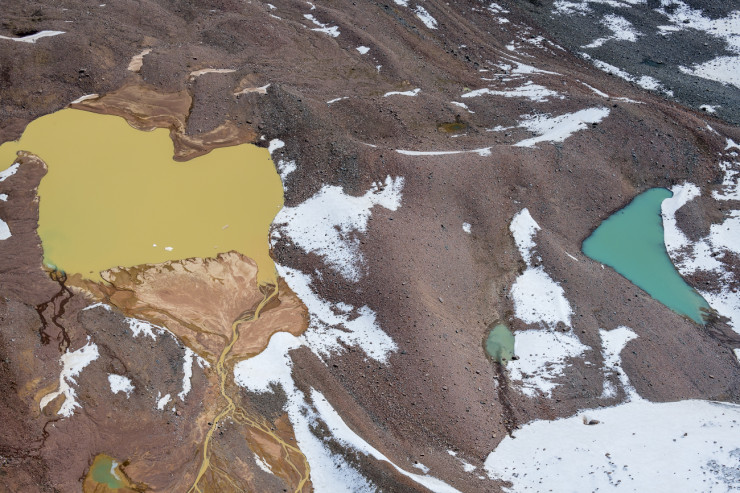 Another nuance of the inaccessibility of moraine lakes is that most of them do not have names as such. For example, those lakes that are located on the territory of the TRANS-ili Alatau are recognized only by numbering. Perhaps the biggest obstacle for travelers is that some of them are explosive. This means that they are located in locations where mudslides can cause devastating consequences.

“The lake may be small, but it can cause a strong mudflow. When there is a break of water from the lake, the mudflow begins to wind up like a snowball, takes trees and stones with it,and then the mudflow descends without water: a mass of mud moves down. The lower it descends, the more volume it wraps around itself, ” explains Grigory Bedenko.

He told how in 1973 a moraine lake broke through on the Tuyuksu glacier, which caused a powerful mudslide.

“If not for the dam, half of Almaty would have been demolished. And this dam barely survived, there are actually a couple of meters left before the overflow, ” he shares.

Beautiful and dangerous. How moraine lakes in the mountains of Almaty are” tamed”

“Water is pumped out on the most dangerous lakes, this work is carried out every year. There is an interesting system, so imagine how the gasoline from the car tank is pumped out of the tube, there is the same principle. These pipes are brought down, where the pump works, filled with water and it is released on its own, ” says George. 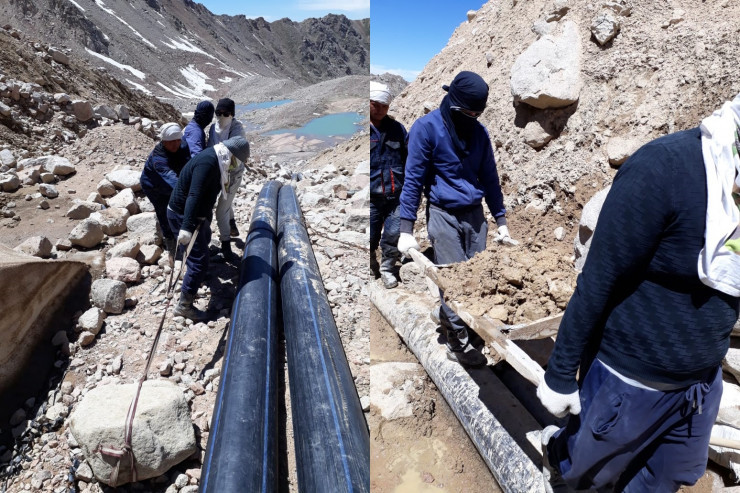 Experts study all available data on high-altitude lakes and monitor the water level. In order to avoid accidents, dangerous moraine lakes are preemptively emptied. Ordinary people embody this with the help of unusual engineering solutions. The pumping process looks like this. 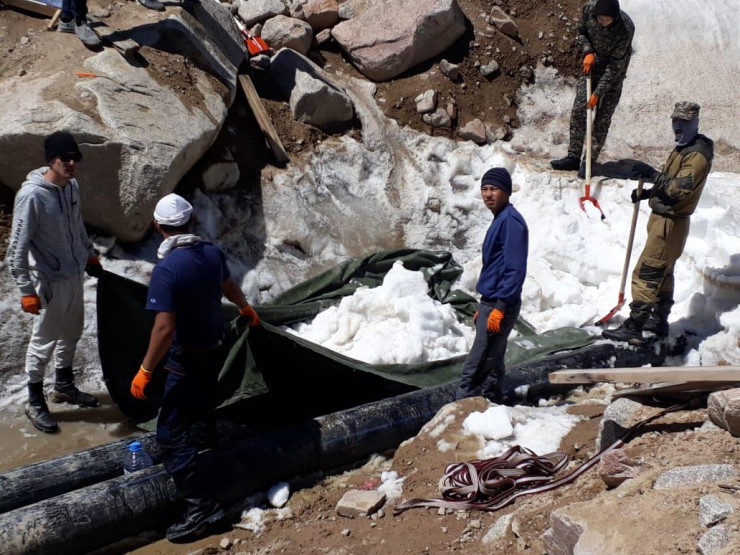 Despite the potential risk, prepared tourists still climb the mountains to see these rare beauty of the lake. The closest thing for tourists to visit is the glacial lake Manshuk Mametova (another name is Lake No. 6). 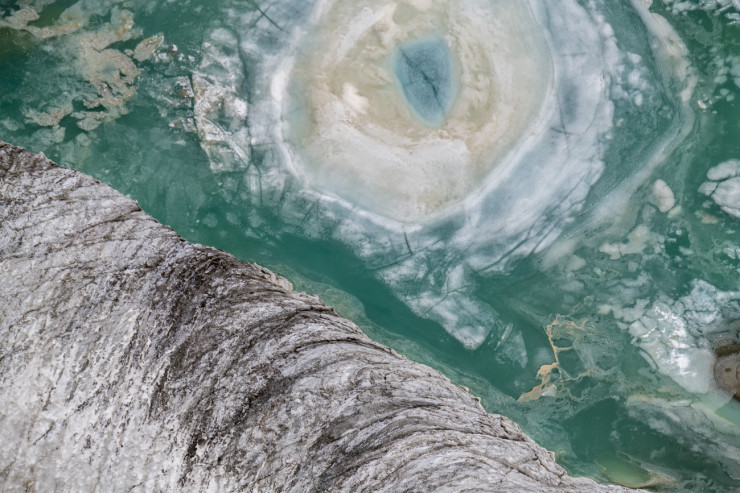 This lake is located 20 kilometers South of Almaty on the territory of the TRANS-ili Alatau, in the Maloalmati gorge at an altitude of 3,600 meters above sea level. According to Aida Almatinka, you can get to it by the following route: drive to Medeu, then climb the ski base “Chimbulak” to the tract “Tuyuksu Gate”, then walk a few kilometers to the weather station” Mynzhylki”, walk to the tract” Alpingrad ” and then walk to the glacial lake Manshuk Mametova. On average, the length of the route will be from three to five hours, but much depends on the pace of walking, says Aida.

It is worth walking to the lake at least in order to capture the unique natural beauty and rare landscapes.

“Go to lake Manshuk Mametova. Very beautiful location. When I saw this place, I froze in place, ” says the traveler.

“Manshuk is like all the other locations: the process of lifting. The views are also beautiful on the road, ” says a traveler who visited the lake.

Another resident of Almaty, Ekaterina, also speaks about the picturesque landscapes that open up as you climb.

“I have been to this lake many times. Very beautiful. One of the most picturesque routes in our mountains, if you start it from Chimbulak, on the way to Manzhylki you can see all the most beautiful mountains, rocks and then you go higher, you can see such peaks as Manshuk Mametova, 28 Panfilovtsev and Tuyuksu, ” she says.

What to bring and how to dress?

“Be sure to take sunscreen and a hat, warm jacket, trekking shoes, if not, then running shoes with hard soles, but it is not necessary to wear sneakers, a swimsuit and shorts, 1-1,5 liters of water and tea, sandwiches, berries or fruits, chocolate, nuts, biscuits. Whatever your body wants, but you shouldn’t take too much water either. And just in case, take an aspirin if you feel dizzy, ” explains Aida.

Lake Manshuk Mametova takes its name from the glacier of the same name, named after the heroine of the Second world war machine gunner Manshuk Mametova. The glacier is located in the immediate vicinity, feeds the lake and even forms one of the banks, ending in a sheer wall into the water. The thick ice of the lake comes off completely only in June. At the same time, the lake constantly changes its color – from beige to turquoise-blue, depending on the weather and the month.

“In General, the hike is not very difficult, for an average level of training, for those who have already gone to Kok-Zhailau or Furmanov peak. It takes about four hours to walk, and my impressions are very positive. At any time of the year, the lake is insanely beautiful, and in summer, autumn, and winter it constantly changes color from such a light blue to rich turquoise. In winter, the ice freezes there, which is also very beautiful, ” says Ekaterina, a tourist from Almaty.

Of course, lake Manshuk Mametova is not the only location available for Hiking. Here are a couple more relatively convenient places to visit.

The Tuyuksu glacier is located in the natural area of the same name. The Malaya Almatinka river flows out of it. There is also an Alpine camp at an altitude of 2,450 meters.

“The only thing that kept me in this gorge was the views and only the views. They were beautiful, ” one of the users of social networks shares his impressions.

The Moraine lakes of the Lokomotiv glacier are located at the very top of The kumbelsu gorge. The starting point is the Alpine rose hotel. Walk to them will have as much as seven kilometers, so this route is advised to experienced walkers.

Moraine lake No. 13 is also located next to Lokomotiv lakes.