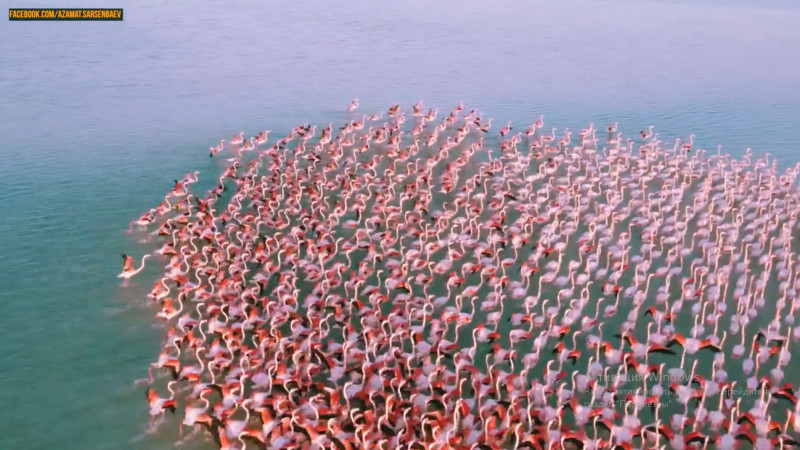 A Network user took a video of a beautiful flock of flamingos that landed near Aktau. The author posted the video on his Facebook page.

According to local media, the birds stopped at lake Karakol in the suburbs of Aktau on November 14. Local resident Azamat Sarsenbayev managed to capture them on video.
“It is because of such moments that I love my region,” the author of the video wrote.

Note that flamingos often fly to the vicinity of Aktau. The first flock of birds this fall was seen in early October also on lake Karakol. The red book birds came from lakes Tengiz and Korgalzhyn, which are located on the territory of the Korgalzhyn state nature reserve in the Akmola region. Due to the cold weather, the birds fly South to the Khazar reserve or further to Iran.

At the beginning of the year, residents of Aktau several times filmed a flock of flamingos. Some shots were taken from a bird’s eye view.

Information taken from the site Tengrinews.kz