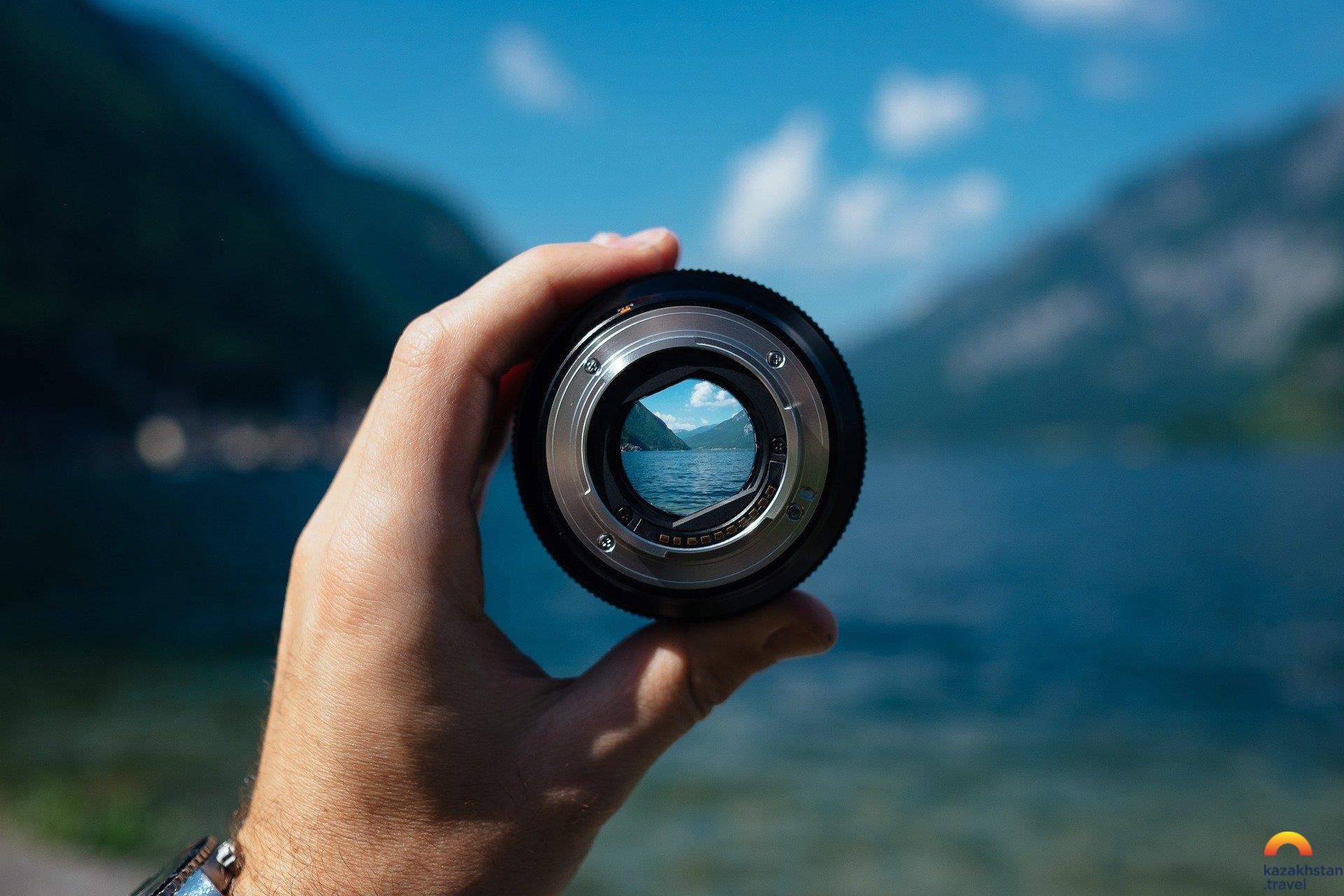 The best places for photography tours in Kazakhstan

Each region of Kazakhstan is picturesque enough to organize a photo tour there.

The territory of Kazakhstan is immense, and each of its regions is attractive in its own way. How many interesting places to visit and what to photograph depends only on how much time you have.

Usually a photo tour lasts for about 10-14 days. It is enough to familiarize oneself with one of the five main regions of the country: East, West, North, South and Central Kazakhstan. We will briefly tell you about each of them and share how it is more convenient to take a “mix” trip: metropolis plus region.

What surprises await you in Nur-Sultan and Northern Kazakhstan

For foreign travelers arriving in Kazakhstan for the first time, it will certainly be interesting to start a photo tour from the capital – the city of Nur-Sultan, which together with Pavlodar, Kostanay and Akmola Provinces belongs to Northern Kazakhstan. Nursultan Nazarbayev International Airport receives the largest number of international flights amongst all airports in Kazakhstan.

What will a tourist see in Nur-Sultan? First of all, the modern futuristic architecture of the city: Baiterek Tower – a symbol of Kazakhstan’s capital, Khan Shatyr – the biggest tent-like structure in the world, the Palace of Peace and Reconciliation formed as a pyramid, the Abu Dhabi Plaza residential complex – the tallest building in the country, and many other space-age looking structures. While you’ll be here it’s worth checking out Nur Alem Museum of Future Energy – the heritage of EXPO 2017.

Not far from the capital, there is Burabay resort area with wonderful lakes and coniferous forests. The hallmarks of the area are the Okjetpes and Jumbaktas Rocks. It is quite entertaining to look at the Jumbaktas Rock located in the center of the lake. At first sight, it resembles the Egyptian sphinx, and if you look from other sides, it may look like an old woman or a young girl. This rock attracts many tourists’ cameras. By the way, the best view on Jumbaktas and Okjetpes opens from Mount Bolektau, which is very easy to climb.

Bayanaul National Park in Pavlodar Province comprises of a lake with clear water, mountains and rocky areas, pine forests and open spaces of the steppes. Here stones of bizarre shapes are popular amongst the “photo-hunters” for unusual photographs. Some are reminiscent of an old woman from fairy tales, a camel or a mammoth, a gorilla and even a UFO. There is also a sacred mountain, fulfilling the wishes of those who are able to enter it and come back out with their backs turned towards the exit.

In Korgaljyn Nature Reserve in Akmola Province, with its many lakes and rivers, you can take wonderful pictures of the saigas. In the summertime you can also watch and admire the pink flamingos which is an endangered species.

The trip to Naurzum Nature Reserve in the Kostanay Province is best to start with a visit to the visitor center of the reserve, where the staff will be happy to recommend you the best locations for photo shoots. The generosity of the south seeps into everything, even the objects for photos.

If you have chosen the city of Almaty as a starting point for your stay in Kazakhstan, then the Southern region of the country: Almaty, Jambyl, Turkistan and Kyzylorda Provinces are ready to welcome you. This is the largest and most diverse region of the country. There are many monuments of ancient and modern architecture, the Tien Shan Mountains, lakes, rivers, deserts and steppes.

In Almaty, one can wander the streets and find interesting photo-scenic backgrounds everywhere. For example, it is pleasant to walk along Tulebaev Street, in the Park of 28 Panfilov Guardsmen or in the Gorky Central Park of Culture and Leisure. Unusual places include the preserved houses of the merchants of Verny (Almaty’s former name) with their carved shutters. But if you go by the cable cars to the top of the Kok Tobe hill, especially during sunset, you will see an amazing view of the city and the mountains around it.

“Kaindy” in Kazakh means “replete with birches.” There are, indeed, a lot of them. But the lake is remarkable not just because of the birch trees, but also because of the trunks of fir trees flooded in a mountain valley. Their peaks rise above the lake surface, like the guardians of the world.

Charyn Canyon with its centuries-old tracery on red sandstone formed by wind and rain is a great place for a photo shoot. The same majestic ash-tree groves, as in this canyon, can only be found in Canada.

If you have already been to Almaty, then you can start a trip to Turkistan and Jambyl Provinces from Shymkent. To get to Shymkent one can take a train, bus, taxi, or even fly there from many airports of the world. In Shymkent, you will certainly be interested in seeing the arboretum with a lake and forged bridges, taking pictures in the local Arbat street, and in visiting retro districts full of such exemplars of Stalinist architecture, such as the Palace of Metallurgists and huge statues of Lenin in the adjoining park.

From Shymkent it is easy to get to the ancient city of Otrar and the city of Turkistan with its famous mausoleum of Khoja Ahmed Yasawi. Even further to the north, on the way to the Kyzylorda region, the medieval city of Sauran will win your heart with its views. It is an exceptionally attractive place for a photo tour.

At the South of Shymkent, one can visit the Aksu-Jabagly Nature Reserve or Sairam-Ugam Natural Park. In both cases, one can go by horseback riding, and will be able to capture unique photographs of the Tien Shan Mountains and waterfalls for their photo albums. The administrative center of East Kazakhstan Province is the city of Ust-Kamenogorsk where all the routes around the province begin. The city has many interesting Orthodox churches and mosques. The oldest railway station in the country, and other buildings of the late 19th – early 20th centuries are preserved in this city.

The most exciting can be a photo tour to the Katon-Karagai National Park, where the Belukha Mountain is – the highest point of the Altai Mountains. One of the most beautiful peaks on the planet is known as the Two-headed sacred mountain, and the abode of the goddess Umai park. In addition, the park is known for its waterfalls, mountain lakes and Siberian stag reserves. The unearthly landscapes of Western Kazakhstan

Atyrau, Mangystau and Aktobe Provinces in Western Kazakhstan are completely unlike any other places on the planet.

The cities of Aktau and Atyrau, located on the shores of the Caspian Sea, are notable for their picturesque coastal areas, commercial ports and views of the endless blue sea.

In this remote region you will get an unforgettable experience by visiting the Ustyurt Nature Reserve and the ancient towns of Alta, Ketyk, and Sartash. The sacred mountain of Sherkala will become a jewel in your collection of photos. Be sure to visit the southwestern part of the Ustyurt Plateau – the Bozjyra Tract, with its famous two “fangs”. Many underground mosques will also make you keep your camera ready at all times, with your finger stuck to the trigger. The most famous of them are Beket Ata and Shakpak Ata. Beket Ata among Muslims is considered the second sacred place in the country after the Mausoleum of Yasawi. Central Kazakhstan with the Karaganda Province is rich with rivers and lakes, where one can photograph swans, cranes and other beautiful birds. The drain-less semi-freshwater lake – Balkhash, as well as the steppe landscapes of Saryarka will captivate your inner photographer. Would you like to climb higher? Visit the colorful Akjar Mountains, rocks of Bektau Ata or the picturesque oasis of Karkaraly National Park.

Kazakhstan is infinitely rich in nature, architecture, monuments, museums, and temples. Coming here is an amazing adventure that will inspire you on newer journeys. Today, in the heyday of technology, even a child owns a camera or their own smartphone. The moments of travel are immediately captured on camera and shared online. In fact, all who travel actually participate in photo tours!

If you are interested in individual trips with professional photographers who know the best time to capture sunrises and sunsets, and the best shooting spots, contact local tour operators and you will certainly be helped to find a guide-photographer who will accompany you in any region of Kazakhstan! Information taken from the site kazakhstan.travel