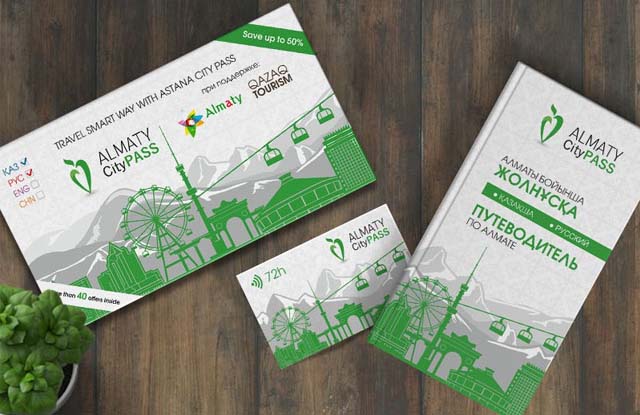 www.kp.kz: Almaty has a unified smart card for tourists-Almaty CityPASS The plastic card will allow tourists to visit the sights of the metropolis for three days, the press service of JSC “NC Kazakh Tourism” reports.

The kit includes a plastic smart card with a microchip for access to attractions, a guide with a description of the city and links to audio guides of cultural sites, and a router in three languages. Also in the package you can find a detailed map of Almaty, a sim card for communication and a transport card “onai”. The cost of such a multifunctional card is 5990 tenge.

The organizers of the project represent the uniqueness of the map in that guests and residents of the city will be able to take excursions around the city, while saving a lot of time and money. The map has already registered 12 tourist sites in Almaty.

Chairman of the Board of JSC “NC Kazakh Tourism” Rashid Kuzembayev notes that this is the second smart card of a tourist that is being launched in Kazakhstan.

“We are talking about launching a smart card in Almaty, similar to those that already exist in the largest cities and tourist centers of the world – new York, Amsterdam, Copenhagen, Paris, Berlin, London, Oslo and others. This is the second smart card of a tourist that is being launched in Kazakhstan. CityPass already exists in Astana, and in the future it is planned to launch in the Shchuchinsk-Borovskoy resort area. Given the availability of such maps in almost all major cities of the world, I believe that our cities and tourist centers should not be an exception»