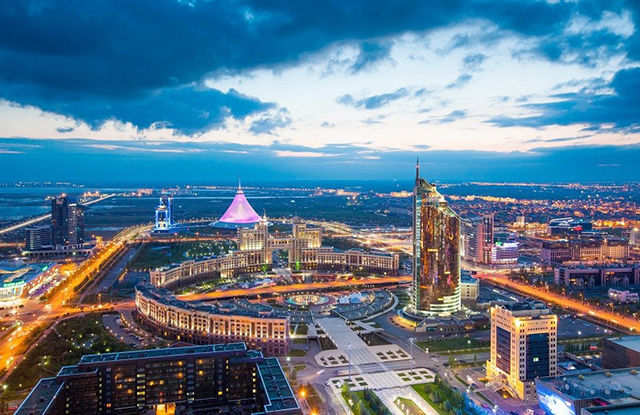 www.informburo.kz: Astana and Almaty are among the top popular CIS cities among Russian tourists

The capital of Kazakhstan was recognized as the most expensive tourist city in the CIS. The rating does not include Russian cities.

Analytical Agency “Turstat” has compiled a rating of the most popular CIS cities for travel in the summer of 2017.

The top ten most popular CIS cities among Russian tourists include two Kazakh megacities-Astana and Almaty, as well as Baku, Minsk, Yerevan, Tashkent, Kishinev, Bishkek, Kiev and Ashgabat. Astana Is The Leader.

The rating was compiled based on the analysis of offers from tour operators and online hotel booking systems.

The popularity of the above-mentioned cities is largely due to the holding of major events with a rich entertainment program. In Astana, this is the world exhibition EXPO-2017, in Baku-the Formula 1 Azerbaijan Grand Prix, which will be held from June 23 to 25, and the Zhara music festival, scheduled for July 27-30 this year. The Freaky Summer party art picnic will be held in Minsk on June 23-24, and the Most music festival will be held on July 2.

In summer, Bishkek is mainly visited by tourists who book tours to relax on lake Issyk-Kul.

According to Turstat, trips to Astana and Baku hit tourists ‘ pockets the most. Guests of the city spend an average of 3.5 days in Astana and spend 80 dollars per day on the hotel. Tourists come to Baku for 5 days and pay 75 dollars per day for accommodation. The cheapest cities for tourists in the CIS are Ashgabat and Bishkek (30 and 32 dollars per day in a hotel).

To facilitate the stay of tourists in the capital of Kazakhstan and reduce their expenses, Astana has launched two pilot projects-tourist cards AstanaCityPASS and EXPOCityPASS.

“Public transport, city tour hop-on hop-off on double-Decker buses, queue-free entrance to museums and attractions of Astana, special offers and discounts on restaurants, hotels, and a lot of entertainment are available within 72 hours,” the mayor’s office of Astana reports.

The CityPASS unified tourist card consists of a plastic card, a guide in four languages (Russian, Kazakh, English and Chinese), a city map and a SIM card.

A plastic smart card will open the doors of all the main attractions of the city. After paying once, you do not need to buy additional tickets. To pass, you just need to present your card at the checkout of the object that is included in the free program.

A single CityPASS tourist card can be purchased on the official website www.citypass.kz, as well as at the points of sale indicated on the site.

By the end of 2017, it is planned to open a single tourist card in Almaty – AlmatyCityPASS