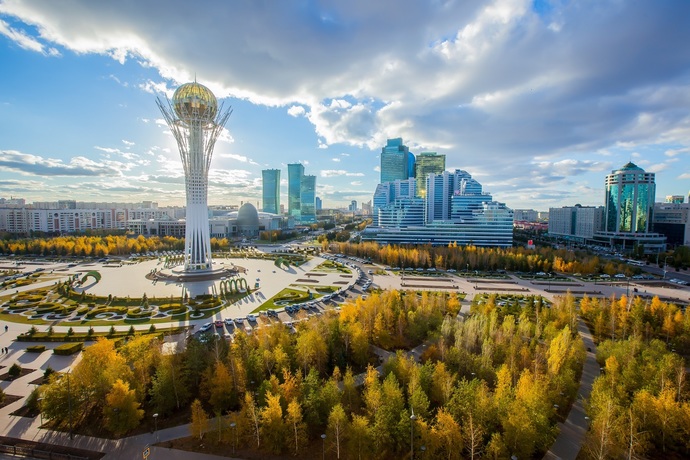 The city of Nur-Sultan is the youngest capital of the world, which stands exactly in the middle of the continent, uniting Europe and Asia. Visiting this amazing city, you will see a unique fusion of Eastern and Western culture. You will be impressed by the architectural appearance of the capital, as well as the friendliness and warmth of the city.
The tour starts from the embankment of Nur-Sultan, where the history of the city will be told before its appointment as the capital, you will also see many unusual places and the famous bridge “Atyrau kopiri” presented to the capital from the city of Atyrau. During the tour, You will also visit the “Park of Lovers” near the Khan Shatyr shopping And Entertainment Center and visit the Nurzhol Boulevard.
The 97-meter monument “Baiterek”, which will be the final point of the tour, is considered to be the decoration and guiding star of the capital.
The Baiterek monument resembles a tree trunk, in the crown of which a huge Golden ball with an area of 1.5 thousand square meters seems to hang. the Entire composition is illuminated from below by rays of light with hundreds of shades. “Baiterek” is a symbol of life and good. You will have a unique opportunity to make a wish by touching the pedestal with the imprint of the right hand of the first President of the country, Nursultan Nazarbayev. And your wishes will certainly be fulfilled!